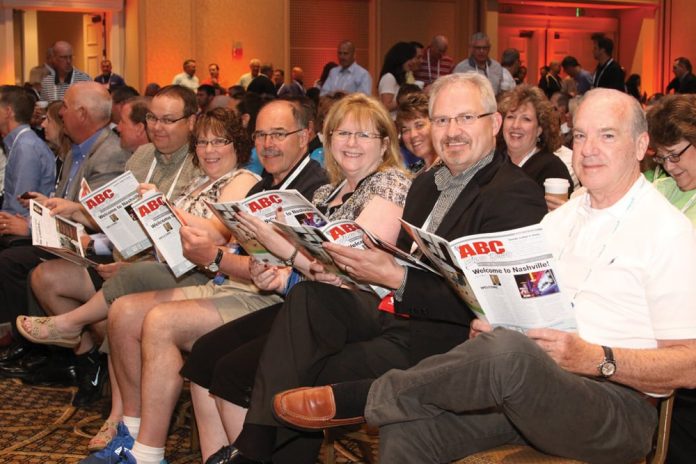 North American wholesaler SP Richards (SPR)held its annual Advantage Business Conference (ABC) in mid-June at the impressive Gaylord Opryland complex just outside Nashville, Tennessee. The theme of the event was ‘Right Now’ and the opening general session featured a light-hearted– but professionally put together – video of SPR’s senior management team performing the Van Halen song of the same name, drawing much laughter from the audience that included representatives from about 800 dealerships.

On a more serious note, SVP of Marketing Jim O’Brien underlined the sense of urgency (the ‘right now’) that dealers need to show in this transformational moment in our industry. One of his key messages was the need for dealers to take advantage of all the e-commerce and data analytics tools that are available to them, in particular the SPR MyAnalystPro tool. According to figures from a pool of test dealers, those using MyAnalystPro were able to improve their gross margins by 115 basis points and grow sales by 2.5%.

“Failure is not an option,” said O’Brien, quoting a line from the Apollo 13 film, “but failure can be an option for some,” as he urged dealers to be more open about sharing data. He also emphasised the need for dealers to remain – or even become – experts in their field, certainly if they want to successfully expand into new, adjacent categories. And that increasingly means recruiting outside expertise. Indeed, hiring expertise and outsourcing were two of the key themes of the conference, underlined by the presence of partners such as R2 and Business Performance Group.

Delegates were also treated to two inspirational keynote addresses. On the first morning, bestselling author and entrepreneur Seth Godin wowed the audience with a whirlwind of ideas and impressions. “Independent dealers,” he said, “have the ability to treat different people differently and that’s something the mass market operators can never do.” Thinking ahead – and doing it now, not next week, month or year – was also the theme of Peter Sheahan’s keynote on the second day of the ABC. As a leading business thinker with a truly enviable stage presence, Sheahan urged delegates to think about changing their companies and preparing them for the future when they’re still on an upward trajectory, not when business is bad already, when margins are squeezed and revenues down.

A well-attended vendor expo that took place on the first day of the show featured a record number of exhibitors, with a noticeable presence of growing categories such as jan/san, breakroom, facilities supplies and education. “The expo was fantastic and it was great having the different lines of business being represented so well at the show,” commented Jeremy Bourret, VP at Connecticut-based dealer Suburban Stationers. “It will definitely help us open up opportunities and expand more into jan/san, cleaning and breakroom, coffee, food and beverage, and furniture.”

Bourret was one of the speakers at a best practice sharing session called Ideas@Work, part of the information and training seminar programme that included a special track for SPR’s Your Business Source dealers and a more general business development track. There was also an optional – and well-attended – session for dealers revealing a new shared services model called Next Major that SPR is supporting and which has been inspired by successes in Europe such as nectere.  Concluded O’Brien: “It was another great event and the feedback we’ve received from attendees and exhibitors has been extremely positive.” 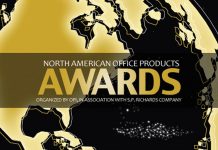 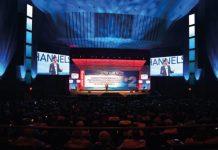 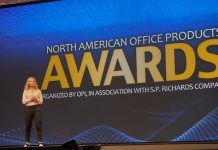 Younger generations recognised as ABC draws to a close