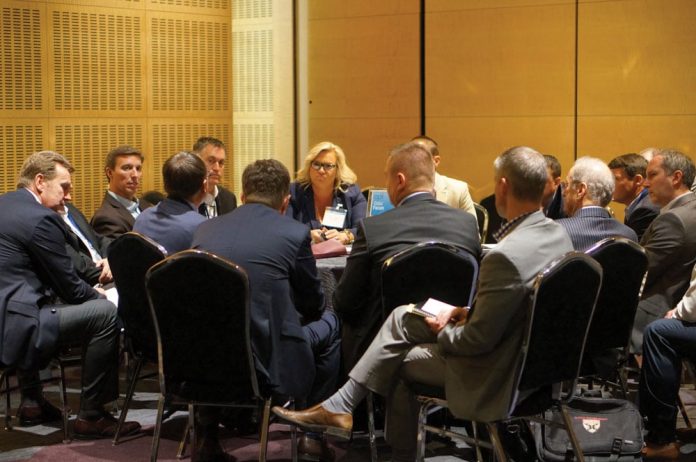 As one delegate pointed out, with all that is happening in our industry at the moment – consolidation, bankruptcies, declining margins, secular declines in traditional categories, changing working habits, Amazon Business, etc – it was a good time to have a conference which tackled a lot of these issues head on.

As such, there was a real sense of purpose and engagement amongst the participants at the 2015 OPI Global Forum that took place in Chicago in mid-May. The Forum brought together around 100 senior executives from North America, Europe and Australia in what was a unique mix in terms of geographical and channel representation. It included delegates from global resellers, dealers and dealer groups, wholesalers, vendors and industry associations – and not only from a traditional OP background, but also from important growing sectors such as jan/san and breakroom.

Over two stimulating and thought-provoking days, perhaps the main takeaway was the urgent need to embrace and drive change in what was described as “a watershed moment” in the history of our industry. Of course, that’s easier said than done, but there certainly appeared to be the realisation that if things don’t change soon, then the very future of our industry is in peril.

You can get a better idea of some of the areas where change is most urgently required in an extract from the presentation given by EVO Group CEO Robert Baldrey in this issue’s Special Feature.

One of the themes he mentioned and that cropped up more often than all the others, was Amazon and the threat it poses to the reseller and – potentially – the wholesaling communities.

One thing that was generally agreed upon was that resellers shouldn’t be taking on Amazon on price alone. It’s a strategy doomed to fail and those that try will face the same fate that befell those grocers which tried to take on Walmart on price in the past.

However, there are opportunities for those able to create a point of differentiation, a unique selling proposition or offer services that Amazon doesn’t or can’t. It could be about customer relationships and flexibility, about omnichannel capabilities or about service levels such as desktop delivery.

The 2015 OPI Global Forum was also the first chance for many delegates to meet new United Stationers – known as Essendant by the time you read this – CEO Bob Aiken.

Aiken took over as interim President/CEO of Essendant just two weeks before the Forum took place following the sudden departure of Cody Phipps (see News Round-up, page 6), and he kindly stepped into Phipps’ shoes for the Big Interview at the end of the first day.

Aiken was interviewed by OPI CEO Steve Hilleard and responded in a confident and articulate manner on a variety of topics, including Essendant’s future strategy, the threat of Amazon and industry consolidation. He clearly has a deep understanding of Essendant’s business from his time on the wholesaler’s board of directors, and his time in the foodservice industry – he is a former CEO of US Foodservice – also appears to be an asset.

Time will tell if Aiken gets the job on a full-time basis, but he seems a strong candidate.

One statement that came out of a presentation on private brands was that you need to be either an innovator or a fast follower. If you’re neither of these you will get left behind and become irrelevant. This idea would appear to hold true today not just for private label, but for the industry as a whole – interesting times indeed.

OPI Global Forum confirmed for May