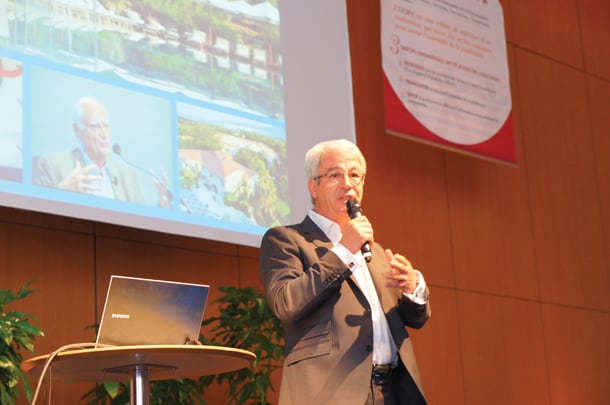 Key leaders from the office products industry met in Frankfurt in September to discuss a major initiative to develop a unified system for evaluating the environmental performance of products sold in Europe.

The event, organised by French trade association UFIPA, attracted over 80 key executives from 45 of the region’s leading vendors and resellers, including nearly all of the top multinational manufacturers and distributors. There were, however, several notable paper producers absent, but this may reflect the fact that there is already a confusing plethora of labels in this category and it’s likely most will watch from the side-lines for now.

The event was kicked off by Marcel Ringeard, CEO of Pilot Pen Europe and current Chairman of UFIPA, who explained that the raison d’être behind the move was the multitude of incomprehensible labels currently in existence. This, he pointed out, has led to a situation where there is no consistency or compatibility between the various evaluation systems, something which is undoubtedly costly and inefficient, and confusing for consumers.

The major challenge, he said, is to ensure the provision of transparent and objective information for customers on product environmental performance and helping to alter the perception that consumers have of the office supplies industry. The goal is to produce a scale system of ratings – akin to the scoring widely used to assess energy performance of electrical appliances – and not to merely assess whether a product is green or not green.

The project to date has been managed for UFIPA by consultant Christophe Girardier and he took the microphone to explain that for this initiative to succeed, there are two key prerequisites: an adapted methodological approach to guarantee irrefutable technical credibility, and a governance system which must be accepted by all stakeholders.

Following several hours of presentations and discussion, participant companies were asked to vote privately on three proposals suggested by the organisers: the creation of an evaluation and rating system to measure the environmental footprint of office products in Europe; the establishment of a non-profit pan-European association to drive the initiative; and the establishment of a transitional steering committee to, among other things, set up this new association.

The nine distributors present were unanimous in their support of all three but there was some reticence amongst the vendors, although a majority still supported the proposals.

Several organisations volunteered their services to serve on the transitional steering committee and its final composition will be announced shortly. Whatever the final make-up, a key principle is that vendors and resellers have equal voting rights.

The goal is to have all the preparations for the new association ready in time for an inaugural general assembly to take place at Paperworld at the end of January. This will mark the end of UFIPA’s control over the project.

So to the $64,000 question: How will all this be funded? The UFIPA working party proposes “a balanced business model which involves the pooling of costs and a fair contribution of all stakeholders”. The system design and update costs, as well as the operating costs of the European association, will be funded by manufacturers and resellers alike through a “fair contribution”, while product evaluation costs will be met by manufacturers based on a number of criteria.

Delegates OPI spoke to appeared very willing to embrace the initiative, especially Office Depot, Staples and Lyreco. If they continue to take a lead it is highly likely to get full buy-in from the European supplier community. 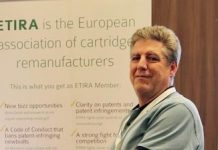 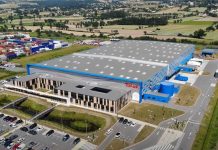 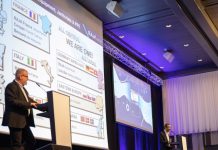