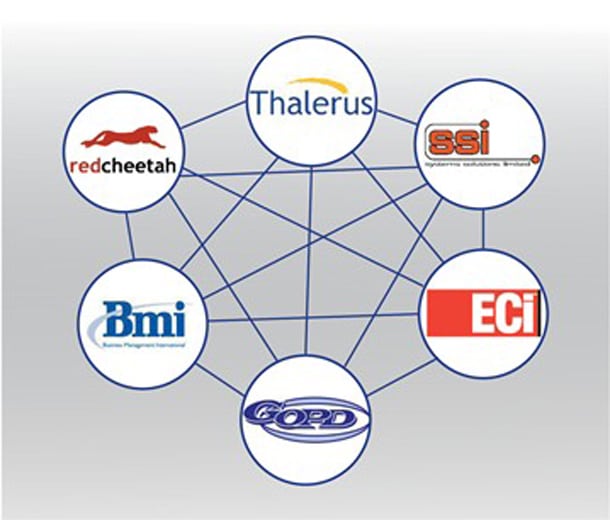 After months of speculation about its creation, the Office Products Software Alliance (OPSA) came into existence at the end of February.

With the OP industry facing a growing threat from Amazon, mass market resellers and the ability of the big boxes to spend millions on digital research and development, OPSA views a pooling of resources as a way of better supporting independent dealers operating in a challenging marketplace. Members intend to do this without compromising their individual businesses by not sharing proprietary information related to accounts, which will be no mean feat.

A press release announcing OPSA’s arrival referenced the impact that wholesale partner United Stationers’ purchase of MBS Dev in 2010 has had on alliance members, and a common factor for all six companies involved in the group is that MBS Dev has taken dealer customers away from them at some point since the acquisition.

ECi CEO Ron Books told OPI: “I think I have been extremely candid in my position on the difficulty we at ECi have experienced in balancing the dynamic of a vendor partner being a competitor well before this alliance was formed or ever even talked about.

“Do all the other ERP providers share that challenge in some form or fashion? I would say yes. With that said, there are many other challenges facing this industry that we feel we can better work together to achieve rather than working separately.”

So to what extent has OPSA been created in response to United’s emergence as a software competitor in recent years? Alternatively, is its main aim to alter the way the entire industry handles end-user data, as was suggested when OPSA was first mooted last June?

“In the software community we should be having a conversation about what technology dealers need to have in order to win online, not about perceived controversy related to who should be merchandising,” he stated.

“Instead, let’s have a discussion about where the investments are in modernising e-commerce sites; real customer relationship management reaching the empowered buyers; and smartphone- and tablet-optimised shopping to reach the new generation of buyers, to name a few topics.”

United is a key customer of OP Software, which developed the wholesaler’s MarketXpert tool in 2012, and Marlette was previously a part owner of OPSA member GOPD. He believes the alliance has primarily been created in retaliation to United and MBS Dev – not as Red Cheetah CEO Andrew Morgan says “for the betterment of the independent dealer” – and fears the group will favour the other leading US wholesaler, SP Richards.

Marlette explained: “If they want to get even with United, they should build a better mousetrap – do a better job for their customers and there is nothing to worry about. Instead, I see people self-identifying as losers and now going as far as creating a sore losers club.”

Marlette also suggested that Hesser’s arrival as MBS Dev COO in 2011 has “scared the hell” out of alliance members, and their move to work together only goes to highlight the strength of MBS’s software.

Red Cheetah’s Morgan was not willing to get embroiled in a war of words with those criticising OPSA’s alleged motives, but has told OPI that others in the software and technology arena are free to contact alliance members if they are interested in joining it; there doesn’t appear to be a closed shop here.

Regarding the main reason for OPSA’s existence, he added: “There have been instances where United has taken dealers away from us – it has happened to every single member of the alliance, so United’s relationship with MBS Dev is a unique situation.

“It did play a factor in the formation of OPSA but was not the only and overriding reason for the alliance. It was formed to avoid segregation in the industry, and explore the synergies between members.”

The different opinions expressed since OPSA’s formation suggest there is already segregation forming in the industry, but Morgan has publicly stated a number of times his desire for more open dialogue between the different parts of the OP distribution channel, in order to focus on the common goal of improving the success of independent dealers.

He also refuted claims that software providers are venturing into territories where other company types are better placed to serve dealers – namely merchandising – arguing that they are the only sector in the industry not to veer from their core competencies.

Members of OPSA have cited a good reaction from large parts of the OP industry since February’s announcement, and feedback received by OPI has typically been positive too.

Independent Stationers President and CEO Mike Gentile, who has spoken to some of the OPSA members and is positive about their plans, indicated that collaboration, when people and organisations have a common interest, can be beneficial for the industry.

“I applaud them for putting their competitive issues behind them to fight for the dealer community against Amazon and the big boxes,” he explained.

“We are in a breakthrough moment with Office Depot and OfficeMax coming together, which I expect will create a weaker link and an opportunity for independent dealers to take more market share.”

OPSA and the BSA

Another tie-in with OPSA’s emergence is the industry product and data standards that are currently being developed by the Business Solutions Association (BSA), and the alliance has confirmed that it’s been in touch with the trade group about its involvement. A united front from software providers could be useful in this process.

“What I think OPSA brings to the BSA is a bigger voice of where all the individual software providers are from a technology standpoint and what is possible within each realm – whether it’s a video standard or a description standard,” Morgan remarked.

Although there have been mainly positive industry responses related to the new software alliance so far, comments made by the vocal minority in opposition to the move do pose the question as to whether there is something more to the collaboration than meets the eye. Many questions are tied into the uncertainty surrounding the direction that the wider industry is taking, as referenced in recent OPI articles.

It is clear that OPSA has been – at least partly – established in response to MBS Dev’s relationship with United. OPSA’s stated main function is to benefit the independent dealer channel, as opposed to battling with United, but to what extent this is true can only be proved through its actions in the coming months.