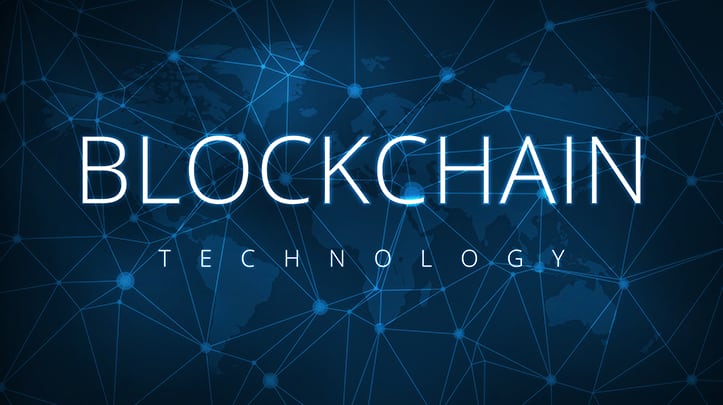 Chris Grundy: As the name suggests, a blockchain is essentially an ever-increasing number of blocks, linked in chronological order to form a chain. These blocks are used to store the transactions which take place on the peer to peer network. The chain comes about by cryptographically connecting the blocks full of transactions with the preceding block, as in a chain. This ensures that past transactions cannot be changed and therefore maintains the integrity of the transaction history on the blockchain.

This solves the so-called “double spend problem”, which describes the ability to infinitely copy digital assets and subsequently renders them valueless. It is because of the blockchain that cryptocurrencies cannot be spent twice, as their ownership is recorded in the corresponding blockchain.

OPI: Can all cryptocurrencies be used?

CG: It really depends on what you mean by used. All cryptocurrencies can be bought and sold, although the wider utility of some is doubtful. In the case of bitcoin cash for example, I am unaware of services beyond exchanges, which would accept it as payment.

On the other hand, the liquidity of most cryptocurrencies is more than ample for casual users. As a result, you can always exchange any alt-coin for one like bitcoin, using services like Shapeshift.

OPI: Why is it being called a disruptor and which industries are likely to be most disrupted?

CG: Blockchain is disruptive to many industries due to its trustless nature, and very low barrier to entry. This means it could potentially eliminate intermediaries across many sectors.

The payments industry for example relies on a hugely expensive and archaic infrastructure to sustain itself. Not only is this very inefficient, but it also ignores the two billion households in the world who do not have access to that infrastructure. Using blockchain technology, we can facilitate borderless transactions between any two parties with an internet connection. The two billion households can now be included in the financial system, and can access basic financial instruments like savings accounts, or credit lines.

Moreover, the remittance market is a shambles due to the clumsy nature of fiat money and expensive intermediaries. Using the blockchain, companies like BitPesa can cut the cost of sending money in half, saving billions of dollars for people living in some of the poorest countries in the world.

I think the possibilities for supply chains are fascinating as well, especially with the emergence of smart contracts. This whitepaper by Cognizant does a fantastic job of explaining exactly how an intelligent supply chain can massively increase the speed of finding, negotiating and closing deals with partners all over the world. I’m sure that this is one of the reasons why giants like IBM, Maersk and Walmart are dedicating huge amounts of resources to the blockchain.

The final point I would like to make, is that I think the creative industries are set for disruption as well. Exciting start-ups like ascribe have found ways of tracking creative content, like songs or art, in the blockchain. This gives artists control over their work like never before in the modern era.

OPI: How could blockchain be used by an ‘ordinary/real-world’ business and what would be the key benefits?

CG: A few ideas which come to mind would be:

OPI: How easy is to implement and use for an ordinary business?

CG: The world of cryptocurrency and blockchain has set transparency as one of its commandments. As a result, you’ll hear the word “Opensource” used a lot. This means that the computer code is freely accessible to all. Here is the code used for the bitcoin blockchain for example.

To create your own blockchain, you can simply copy this code and alter it to your liking. This ease of use has led to the proliferation of so-called alt-coins, which are alternatives to bitcoin and run on their own blockchain.

But in order to use the blockchain you could simply use the rich ecosystem which has sprung up in recent years. Just like you don’t need to build your own https protocol to surf the web, or build your own payment network to accept credit card payments.

Some easy ways to use the blockchain are:

OPI: Are there are any privacy issues with blockchain considering its transparent nature and shared databases?

With these factors in mind, I think that the blockchain could actually offer far more privacy than current alternatives, and put an end to the hacking of valuable private information.

OPI: Which industries are likely to be most disrupted?

JM: Blockchain can be applied to a variety of use cases where the exchange of value or information is needed between separate entities that may not trust each other; this could be the exchange of information in a supply chain, medical information, financial transactions, land ownership and more. Blockchain technology may enable solutions where data can be shared in a distributed manner that increases interoperability, security, immutability and privacy.

OPI: How could blockchain be used by an ‘ordinary/real-world’ business?

JM: Implementation today is somewhat difficult since blockchain applications are still in the early stages of being built. The question of who controls it is up to the blockchain that is used. Bitcoin’s blockchain is controlled by the community. Or the company could build a private blockchain that is only shared amongst authorised participants; however, this has the drawback of reduced decentralization.

OPI: What do you consider to be the biggest change blockchain will make for those in business?

JM: I imagine the removal of various inefficient intermediaries will result in more efficient transactions between separate business entities.

OPI: Are there any current obstacles that are preventing a major uptake?

JM: The development of actual blockchain applications. I’m not worried about this obstacle though, since this is just a matter of time. Hundreds of different projects are currently being developed.

OPI: Are there any legal and compliancy issues with blockchain?

JM: There certainly can be, but this largely depends on the specific industry that blockchain is being applied to and the typical approach involves applying the current rules for that industry to blockchain; however, this can be confusing and leads to various grey areas. One particular grey area would be the legality of recent ICO projects.

OPI: How does using a private blockchain differ from simply using a secure database?

JM: This blog post summarises the difference quite nicely.

In general, I believe open blockchains will be more robust than private/closed blockchains, but solving issues such as privacy and scalability will also be much more difficult to solve for open blockchains. Simply provides for a business opportunity if you ask me though.

Research: Preview – Where To Now? 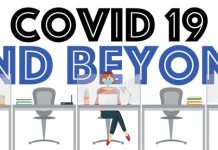 Research: Preview – COVID-19 and beyond