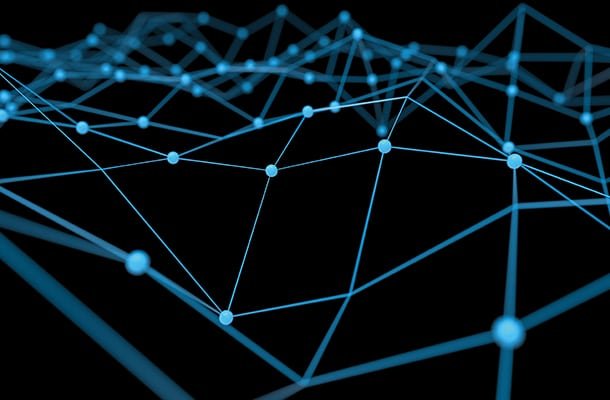 If you’re a reader of any business publications, you can’t fail to have noticed the recent gazillion articles either heralding or demonising something called Bitcoin, and increasingly blockchain. Unfortunately, most of them are heavily weighted down with ‘technospeak’ and virtually impossible to decipher without a PhD in some type of technology degree.

Let’s start with the more familiar bitcoin. Strip out all the technobabble and there’s a reason blue chip companies such as Microsoft, PayPal and Expedia accept Bitcoin which is basically an encrypted digital currency, otherwise known as a cryptocurrency.

Bitcoin emerged after the 2007 global economic crisis as a response to a system that relied on the big banks which were blamed for the financial crash. The virtual currency works by giving a seller an encrypted signature which buyers decode, thus enabling the buying and selling of goods and services.

Today, there are many different cryptocurrencies available, with Bitcoin being the original and the most well-known. Others include Ethereum, Litecoin, Ripple, Zcash and Peercoin, for example.

The virtual currency world is becoming increasingly popular as it is counterfeit-proof, anonymous and works in a decentralised system. However, it has come under fire for the very reasons that makes it so popular – its biggest strength is also its greatest flaw. Cryptocurrencies have been a target for fraud, with little to no repercussion, although various companies are working on solving this issue.

Still, the security of virtual currencies continues to be a key ingredient for their uptake which is ensured thanks to a colossal network-to-network/peer-to-peer public ledger known as the blockchain. The blockchain concept was first revealed by someone using the pseudonym Satoshi Nakomoto in a white paper entitled Bitcoin: A Peer-to-Peer Electronic Cash System. This paper describes how blocks could be linked together chronologically to form a chain which is used to store transactions on a peer-to-peer network. The chain effect ensures transactions cannot be altered. “This solves the so-called ‘double-spend problem’ which describes the ability to infinitely copy digital assets and subsequently render them valueless. It’s because of the blockchain that cryptocurrencies cannot be spent twice as their ownership is recorded in the corresponding blockchain,” says Bitbond Online Marketing Manager Chris Grundy.

Chip off the old block

Because of its immutability, blockchain technology is being taken seriously by government agencies and businesses, with new ways of utilising it being discovered all the time. In the US, for example, the Department of Homeland Security is handing out Small Business Innovation Research grants to blockchain companies, and the General Services Administration (GSA) is looking at the possibilities of smart contracts, procurement, and supply chain management, among numerous other applications for the blockchain. The GSA hosted the first US Federal Blockchain Forum a few months ago, and has also launched a programme for federal agencies and US businesses that are intrigued by the blockchain and its potential within government.

Many pundits claim that blockchain is a disruptor due to its capability to eliminate third parties from several industries, most notably from the banking/payments sector. Every transaction is an electronic ‘block’ that each networked computer competes to verify. The ‘winner’ then broadcasts the result to the rest of the network for checking before it can be added to the chain.

As founder and former CEO of Bitquick Jad Mubasalat points out, the blockchain can be applied to a variety of cases where the exchange of value or information is needed between separate entities that may not trust each other.

“This could be the exchange of information in a supply chain, medical details, financial transactions, land ownership and more. Blockchain technology may enable solutions where data can be shared in a distributed manner that increases interoperability, security, immutability and privacy,” he adds.

Aside from payment applications, other uses for blockchain technology in the business supplies sector might not be immediately obvious. Smart contracts and the supply chain would make the most sense in terms of adoption by the industry. Many platforms and apps are currently in development such as the Ethereum Project, which is creating headlines for its decentralised platform for smart contracts that run on a custom-built blockchain.

But the door is wide open and the opportunities endless. Netherlands-based reseller Centraal InkoopBureau, for example, has found a way to use blockchain within its archival/secure paper business. Owner Ewout van Haeften has also developed his own application using blockchain technology for disabled parking (see ‘If you can’t beat them, join them…’.

Blockchain can be used to provide benefits to just about any business that deals with a supply chain, employees, tax, contracts and banks. “I think the possibilities for the supply chain are fascinating, especially with the emergence of smart contracts. An intelligent supply chain can massively increase the speed of finding, negotiating and closing deals with partners all over the world,” says Grundy. In other words, the blockchain could enable a more efficient and cheaper supply network between manufacturers, wholesalers, resellers and customers than exists now.

The bottom line is that the technology has the capacity to change the foundations of how we conduct business at all levels, and that future could be just over the horizon.

If you can’t beat them, join them…

OPI: What is your understanding of blockchain?

Ewout van Haeften: We are used to storing our data in one place such as a computer or a server, for example, but if that storage device is lost, hacked or otherwise disappears, we’ve then lost our data.

In the public blockchain we can store information on a vast number of computers and in such a way that the data is immutable and verifiable. You can call it a system of distributed data and it keeps track of each change in the data. So, if you make a transaction, this ‘public ledger’ will record that. As this record is unchangeable and valid, it removes the need for a trusted third party such as a bank.

Taking this further, we can now make our own ‘smart’ contract, which executes itself on the blockchain. Again, we therefore do not need a certified third party to maintain and keep this contract, such as a notary.

Looking at it in a rather philosophical way, blockchain technology is changing our societal viewpoint in that our pillars of trust such as a bank, lawyer, notary public, or even municipality, will no longer be the same as they become less relevant, if not partially obsolete.

OPI: How do you use blockchain in your business?

EvH: One of the ‘pearls’ of my specialist OP business is secure paper. This paper contains many features such as invisible fibres that light up under UV light, microtext, watermarks, unique numbering, UV ink, high-level copy protection and optically dull paper.

A significant number of Dutch municipalities use it as it is almost impossible to commit fraud with this paper. However, there is always that very slim chance.

This is where blockchain comes in. We can now intercept the document data for a deed on the way to the printer, send it to the blockchain, encrypt the data with a complex algorithm and store it immutably. Then we generate a QR-code and send that back with the deed data to the printer in the municipality. The citizen goes home with his deed and QR-code on the paper.

When this deed is verified three months later by the authorities, they first check the paper. I have developed an app that knows the algorithm of the (private) blockchain. An officer then scans the QR-code with this app and can compare the data on the document with the result of the scan. This is the ultimate proof of truth and authenticity. We offer this not only to the Netherlands-based municipalities, but also for the Dutch Caribbean islands.

The other blockchain application I am working on is a parking app for disabled people. Centraal InkoopBureau (CIB) distributes the European parking cards for the Ministry of Transport, but they are being regularly stolen and as there is no licence plate scanning app, action has to be taken manually.

We want to change the parking card into an app. Once the identity of the disabled person has been established on the blockchain, all parking actions and transactions will be placed on the public ledger. It will then be possible to add licence plate scanning to the system, which is better for the user and cheaper (and more secure) for the authorities.

However, this is easier said than done. Today, the public blockchain is slow and we need a transaction speed of a fraction of a second. We may end up using a hybrid form of the blockchain and traditional relational database technology to obtain the results we need. But, once established, this could easily be made scalable for the whole European Union market.

OPI: How could the blockchain be used by an ‘ordinary’ business? What would be the benefits?

EvH: This phenomenon is so recent that it is difficult to summarise the application of blockchain technology in the office products world. The aforementioned apps are the ones I have developed.

Furthermore, blockchain projects require quite an investment as developers are hard to come by and knowledge in this field is limited. In my case, I have many stakeholders involved in the development, such as municipalities, disabled people interest groups, an IT advisor, an app builder, the Ministry of Transportation, and the blockchain platform supplier.

All in all, it is a tedious and long-term trajectory paved with pitfalls and an unclear business case.

OPI: So it’s not easy to implement?

EvH: No, it’s not. You need expertise and capital, in addition to a capacity to think ‘out of the box’.

OPI: Blockchain is being called a ‘disruptor’. Do you think it has the potential to unsettle the office products industry?

EvH: I don’t think this will majorly disrupt the office products industry, but there will be some effect, for example in the context of the blockchain making accountancy or public notary partially obsolete, and in its interference with the banking industry. If you have customers active in those branches, I can foresee loss of future sales.

In my own business, I should be concerned about my notary customers, as CIB supplies 50% of all notary offices with office supplies and deed documents. I think the only way to handle this threat is to embrace it – become your own biggest competitor. In the long run, you will come out on top since this technology is inevitably on its way.

Centraal InkoopBureau was established by the Association of Dutch Municipalities in the 1930s and distributes office supplies mainly for local authorities. The company is also an archives and notaries specialist and under the sole ownership of Ewout van Haeften. The reseller operates four web shops, each dedicated to a particular target group. 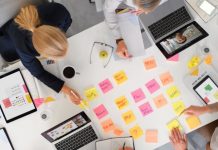 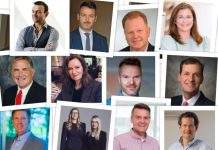 Feature: Top 100 – Change is the only constant