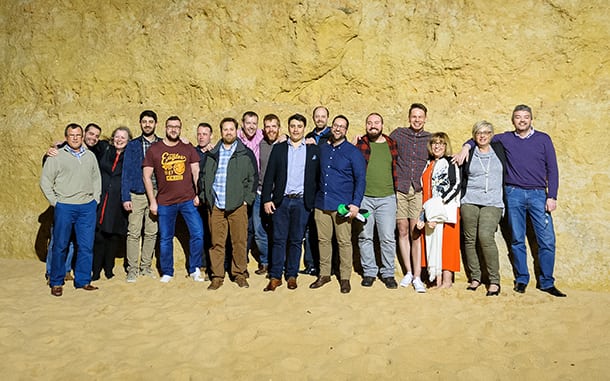 OPI: Not all our readers will be familiar with Paddy Donnelly or indeed Evolution Software. Could you give me a potted version of your and your company’s background?

Paddy Donnelly: Sure. I got my start in the industry at my uncle’s office products dealership on the west coast of Scotland. I left school and joined the business and over several years got great exposure to all the key disciplines involved in running a dealership, including customer service, buying, sales and marketing, and taking responsibility for IT and software systems. I didn’t realise back then just how much this introduction to the industry would prepare me for the career I was about to embark on.

Around the year 2000, I left my uncle’s business to pursue an opportunity with London-based Netstationers. It was one of the first office products dealers in the UK to deploy a well-designed, robust web store capability. It was here that I got an even deeper exposure to the software side of the business and also saw up close and personal how the operational aspect of a rapidly-growing dot.com business worked.

Over the next three or four years I commuted weekly from Scotland to London performing various roles, including working in the partner program team, implementing ERP systems and more latterly running one of the business units based in Watford.

After several years at Netstationers I finally succumbed to the horror of the commute and decided to pursue an IT consultant role back in Scotland. It was during one of these consultancy projects that I became acquainted with a couple of guys who would soon become my business partners.

To cut a long story short, we were discussing between the three of us that the office products industry was underserved from an e-commerce perspective. Then we literally had one of those light bulb moments: Jon Hood (co-founder and CTO) knew software; Philip Wood (co-founder) knew the customer base; and I knew the industry, some software and had a lot of operational and team-building experience.

After a few conversations and follow-up meetings we concluded that in order to succeed in the future, dealers would need a highly-functional, robust, well-designed e-commerce capability and that we would start a business which delivered that.

So in November 2006 Evolution Software was born with the mission to web-enable the UK office products industry. Over ten years later, we now power the web stores of over 450 dealers in the UK, Ireland and North America across the OP, janitorial and industrial sectors.

OPI: How do you charge for what you do?

PD: Back in 2006 when we started, the financial model for selling e-commerce web stores was for customers to sign three-year lease agreements. It was very important at the time to get that commitment, because it allowed us to quickly scale the team, the infrastructure and the technology. Then the financial crisis happened.

It became very difficult and the business model of leasing sites didn’t work anymore. Instead, we had to transition to a monthly rental model, which now of course is how all software is charged for. However, it was quite a bold and innovate step at a time when everyone else was selling big bang releases of software for big bucks.

The monthly rental model suits us; it means we have to earn our customers’ money every month and that’s just fine with us.

OPI: When – and why – did you decide to hop across the Atlantic?

PD: We started looking at geographical expansion in late 2010. The UK is pretty small, about one third of the size of Texas, and we already had lots of dealers in a very confined space using our product. It was clear that over time and given our growth trajectory we were going to reach saturation point.

We launched in the US with support from Essendant (then United Stationers) at their Vision event in Florida in 2011. We came back, having had a very successful show, and started working on setting up an infrastructure in the US. The first few years were challenging and exciting in equal measure as we deployed our software to new customers, worked hard on the development side to make sure we were feature-complete, and scaled our teams and operational capability to meet the growing demands of our customers.

OPI: Who are your customers in the US?

The truth is each industry has its quirks and challenges which you don’t quite appreciate until you get into the weeds. Weirdly, solving these industry-specific nuances and going deep is the part I really enjoy. It’s also what makes the product sticky.

OPI: What about customers in the UK?

PD: In the UK we’re purely selling to office products dealers at the moment. It’s tough to profile it, but I’d say our sweet spot is dealers in the £1-£10 million ($1.3-$13 million) range that maybe have a few vans, 10-50 staff members, a bit of infrastructure, a sales team – that’s a typical customer and we really know how to make those guys super successful with the software.

Of course, we have dealers at both ends of the spectrum across our customer base, with some guys operating from a home office through to £100 million+ businesses and all points in between.

OPI: Tell me about your upgraded software that you’re about to launch.

PD: A few years ago it became clear to us that we needed to take the product that had served us really well for the past ten years and rewrite it for the next ten.

The first question was: where is the resource going to come from when we’re completely maxed out looking after our existing customers? In the end, we decided to acquire a business in Ireland called Freeman Contingent to help us with this project.

The design goals for the new product were to build something that was even more capable and feature-rich, mobile first, easy to integrate with, and provide huge flexibility. Of course it had to do all this at scale, with great fault tolerance and redundancy. We look forward to unveiling the product for the first time at the SP Richards ABC show in Orlando.

OPI: Are you simultaneously testing that on both sides of the Atlantic?

PD: Yes, we are. The software is designed to work anywhere, irrespective of country, currency or language. It hasn’t just been built for the UK and the US.

OPI: That implies international expansion is on the radar?

PD: That’s correct. We could launch in Australia without changing a line of code in the software, for example. Goods and services tax in Australia is the same structurally as value added tax in the UK. Taxation is often the differentiator between countries, a problem we really battled with in the US in the early days.

There’s also a real opportunity in Canada which is a much-neglected place by software vendors. So yes, further international expansion is definitely on the cards.

OPI: What is the new program actually called?

PD: It’s gone from Evolution to EvolutionX, the X standing for the 10th anniversary edition.

Re-writing software is always painful and when the dust settles we’ll have spent over £1 million on it, but we think it’s going to be the last re-write ever.

PD: Famous last words I know. But the software is developed in a modular way, meaning we can take any part of it and replace it, instead of throwing the whole package away and building it again.

OPI: So what’s the core USP of EvolutionX (and perhaps Evolution beforehand)? What does it do that other software programs don’t?

PD: That’s easy as far as I’m concerned. In the industries we operate in, integration trumps everything. The killer features of Evolution are that we are feature-complete for the markets we serve and have two-way integration with many of the ERP systems our customers use.

We’ve spent a decade working very hard to try and get good, solid and authorised integrations with the industry-specific ERP vendors. And that’s difficult because they are usually also competitors as they all tend to have some form of web offering. In most cases though, providers realise that they can’t block or limit customer choice. It makes good business sense to partner with best of breed products that orbit their ecosystem, which in almost every case makes their core product even more valuable and sticky.

As for us, we’ve proven that we’ll partner with any software vendor if there’s demand in the customer base for it.

OPI: Apart from wanting to have a product that’s far more fit for purpose, what other motivations were there for spending £1 million? Was it more a defensive rather than an offensive market share growth move?

PD: It was both. On the defensive side, we knew that Amazon Business was coming. It’s an existential threat to dealers. Despite what some may think, dealers are not competing with the guy up the road, they’re competing with Amazon and, even if they’re not already, they will be real soon.

What’s also scary is that Amazon is recruiting sales people now. They are dangerous enough as a technology-only player, but potentially adding that personal touch that’s always been the USP of independents is a real concern.

OPI: There’s still a lot of bespoke stuff that Amazon can’t do. My worry is that the dealers that don’t get it will fall by the wayside which will result in a lack of critical mass to support the wholesale function and that could result in serious carnage.

PD: Yes, there’s huge consolidation happening, whether you look at all the combined dealers that use companies like us, ECi, Prima, etc, for their software needs or the total of all the dealer group members – the current number of meaningful office products dealers in the UK and Ireland is between 800 and 900 I would guess. That number is only going to go down.

We’re going to Amazon-proof dealers with the new EvolutionX software. But there’s more to it than just Amazon’s amazing tech capabilities. They’ve got this huge range of products and that’s a problem we are simultaneously trying to solve with our FusionPlus Data business which is growing extremely fast and is signing up multiple new brand owners and wholesalers every month. It’s the combination of software and data that’s uniquely positioned to deliver the Amazon-proof solution – you need both parts.

OPI: Is the idea to keep up with Amazon or are you trying to jump ahead?

PD: Well, there’s only so far you can go with web store functionality because if you build 20,000 features, (a) you need to train people on how to use them and, (b) you need to support what you’ve created. It’s like having children. Once you’ve brought this new thing into the world, you’re going to have to look after it forever. So we’re careful about new features we introduce into the software because we know we’re going to have to look after them for a very long time.

Apart from functionality – and I’ve just mentioned this – it’s vital that the software integrates and works well with all the key software products that our customers deploy. We believe in best-of-breed services and software than can be seamlessly connected to EvolutionX through our app-store capability.

OPI: So the plan for the next 12 months is to migrate your existing customer base onto the new platform.

PD: Yes, and introduce EvolutionX to new customers and markets. At the moment we’re working on fit and finish, and making sure that the product is as well tested as it can be prior to release. The whole team is incredibly excited about sharing EvolutionX with the world. It’s taken a long time, but we’re convinced our customers will agree that it’s been worth it. 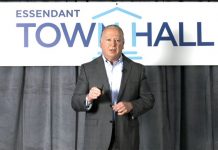 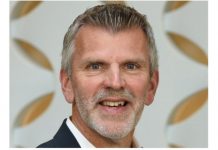