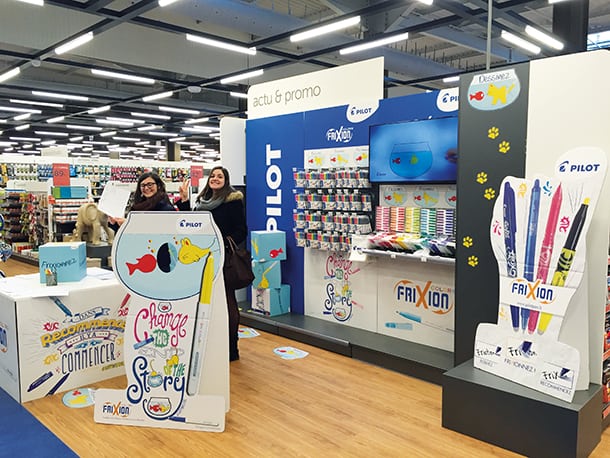 There’s probably no better cautionary tale about the brutal effect digitisation can have on a company’s business model than the story of Kodak. The quick spread of digital cameras from the late 1990s onwards effectively rendered Kodak’s print films – its main source of revenue – obsolete, thereby triggering its subsequent demise.

Is it so surprising that people ran away from analogue cameras? In hindsight, it is obvious that the user experience of photography development was a disastrous one: highly troublesome and costly. The journey from purchasing the film to having it developed needed several intermediary steps to get to the final, desired result. And there was no particular enjoyment in the process – the journey definitely was not the destination.

Indeed, disintermediation is one of the main effects – beneficial or detrimental – of digitisation. In today’s world, taking photographs is instantaneous and it doesn’t incur any additional cost. Digitisation allowed for a radical suppression of all intermediary steps previously needed in the analogue age.

A question of relevance

Ever since Kodak’s freefall, every company born in the analogue era should constantly question itself about its attractiveness and relevance. In Pilot’s case: could handwriting be a troublesome intermediary step that people are eager to get rid of?

It is almost a Pavlovian reaction from many observers as well as the media when they consider the topic of handwriting and digitisation in the same conversation. Expressions like “The writing’s on the wall”, “Replacement by smartphones, tablets, keyboards and phablets…” pop up almost as knee-jerk responses.

But is this really happening? Let’s look at the facts and figures, because there is no doubt in Pilot’s mind that there is a place in today’s world for writing instruments. Or is that just wishful thinking?

According to research firm GfK, the writing instruments market in Europe has been growing healthily over the past five years: between 15% and 20% both in volume and in value. Pilot has contributed its fair share to this growth. At the same time, of course, the global market for tablets, smartphones, phablets, etc also continued to grow.

At the very least, what these market dynamics show is that there is no direct, established correlation or conflict between digitisation and the writing instruments sector – it’s just perception that the two should be linked in some way. In other words, the old definitely doesn’t make way for the new and there’s no tradition (ie handwriting) versus practicality (ie digital devices) scenario. It’s possible to enjoy using a tablet as well as a pen.

Towards a ‘phygital’ world

Consider the tremendous success of the Cultura chain in France (see main image, left). One of Pilot Pen France’s key customers, Cultura started as an arts and crafts store in 1998, precisely the time when the internet started to spread in Europe.

Now 18 years later and Cultura owns nearly 70 outlets across France. Entering one of them is like an ode to the analogue world: books made of non-digital paper, board games made of old-fashioned cardboard, wood and plastic, musical instruments made of real wood… A huge proportion of the shelves at Cultura are dedicated to creative stationery, arts and crafts, scrapbooking, and writing and colouring instruments.

This fondness of ‘physical’ leisure activities is not limited to the French market, but can be seen across Europe: Empik in Poland, Abacus in Spain, Idee-Shop or Boesner in Germany, Feltrinelli or Carturesti in Romania – all these chains are testimony to the fact that creative leisure activities are very much alive and kicking.

This comes as no surprise to Pilot. We know from experience that the use of writing instruments is far from being motivated just by a sole functional need. Creating new enjoyable writing experiences is deeply rooted in our DNA.

All that said, the sector as a whole certainly faces some serious obstacles and nowhere more so than in the B2B channel. Office supplies resellers in Europe have been facing challenges over the past few years. Current trends seem to indicate that writing instruments have become less important where handwriting fulfills more of a functional need, while they have lost none of their magic when it comes to an enjoyable and/or useful experience.

The latter is evident particularly in the education sector: parents, teachers as well as children all recognise the many benefits of handwriting – its multi-modal dimension and its role in developing fine motor skills, touch, movement and thinking.

A new realm of opportunities

At Pilot, we have long acknowledged the importance of being positive about the changes brought about by the age of digitisation. We want to explore the whole realm of digital possibilities that can then be turned to our advantage.

The most obvious opportunity lies in the increase of online shopping. It’s become a booming everyday reality, and even outside of pure players such as Amazon most traditional resellers have developed already or are now creating online shopping websites. And all of them require their manufacturer partners to have a central set of product data to feed information to their online platforms.

To aid with these requirements – and recognising the need to dealing efficiently with its trading partners – Pilot is currently transforming its processes. A new product information management system is currently being put in place in order to be able to work better with online shopping platforms, in the B2C as well as B2B area.

Increased exposure is another opportunity offered by online communication channels. There are many communities of stationery and pen lovers on social networks – simply type #handwriting on a social platform and you will see physical creations that find tremendous exposure online.

For the first time in 2017, Pilot will produce original and entertaining brand content to maximise the presence of its Pilot FriXion range online and celebrate its 10th anniversary. Each month, a short animated film featuring a different FriXion pen will be released.

Digitisation can also help ‘augment’ the physical handwriting and drawing experience. This approach took concrete shape in 2016 at Pilot with the launch of the FriX’Book, a colouring book that comes with a set of Pilot FriXion Colours and a free app. Once a page has been coloured, the app makes it come to life. Each page is an episode of a story, so that the whole book is like an animated short film that has been coloured by the author. Pilot’s FriX’Book shows how the digital and physical worlds can be combined to make an enjoyable ‘phygital’ experience.

Pilot believes that writing instruments will continue to play an essential role and that, unlike Kodak’s print films, with handwriting the journey is still the destination.

What is digitisation bringing to the writing instruments table? OPI speaks to Ken Schoellhammer, European Brand Manager at Pilot Corporation of Europe to find out.

OPI: Digitisation and writing instruments – can the two work together?

Ken Schoellhammer: They absolutely can. Digitisation is a tsunami that we can’t fight against. It’s about adapting and it’s about variety. Pilot has been part of the writing instruments sector for almost 100 years. The market is doing fine currently and is well-managed. We want to be very positive and embrace digitisation, rather than considering it a threat.

OPI: Has digitisation had any impact on your business in terms of revenues?

KS: No, we haven’t seen any negative effect. Our revenues are increasing year on year; it’s a gradual increase, but we’re definitely growing.

What we are seeing, however, is that our customers – the office supplies resellers – are facing challenges and we believe that’s very much due to pure online sales players like Amazon which is becoming a major competitor to them and a real threat.

KS: We’ve historically been very focused on the office channel and were perhaps less visible in B2C. But this has really balanced out and we’re now becoming a very strong B2C brand as well, due in large part to our FriXion range. Since we launched that range about ten years ago, we’ve been really pushing the B2C channel. Our revenues are now higher in B2C versus B2B and we understand that B2C is where our growth engine is.

OPI: Is that push a result of digitisation, in terms of exposure on social media, etc?

KS: Definitely in terms of having an all-round integrated campaign. We are still going on TV in many countries such as the UK, France, Italy and Spain, but all our TV campaigns are complemented by online activities. Digitisation has essentially multiplied the number of contact lines to our customers in general and specifically the general public.

OPI: How should manufacturers of writing instruments approach the topic of digitisation in your opinion?

KS: Positively. Don’t be fearful or defensive about digitisation, but regard it as an opportunity rather than a threat. One important aspect to bear in mind is that the digital transformation is not a technical revolution, it is a cultural one. It’s a transformation that Pilot intends to achieve by being adaptive and inventive, and by finding in the digital realm new ways to boost our business, bring more entertainment to our fan base and enhance the physical experience.

We believe that the ‘phygital’ convergence is a goldmine of new experiences yet to be imagined and designed, and that there are still endless ways in which we can turn digitisation to the good old pen’s advantage.

OPI: How do you instil this positive attitude within Pilot as an organisation?

KS: It’s an ongoing process and we are still working on this transformation. And clearly, it’s an everyday challenge as the digital world itself changes all the time. But what I find has been a real positive at Pilot is that the concept has the total support of the Pilot Corporation of Europe board. For example, this new software programme with all the product information that we are implementing – it’s part of our mid-term plan. The transformation into a so-called ‘phygital’ operator is one of the pillars of Pilot’s strategy and having the support of the top management is vital to be able to achieve that.

OPI: Finally, what does the future hold for writing instruments in your opinion?

KS: That’s a difficult question. First of all, we have to continue to believe that writing instruments still have a place in people’s daily life. The figures show us that they do. And it’s really important to keep being innovative and disruptive. Pilot launched some groundbreaking innovations over the past few decades. In the 1980s it was liquid ink, in the 1990s gel ink and in the noughties it was thermal ink with the FriXion range.

So I hope that the next big innovation will come soon. But apart from physical, chemical or mechanical changes, the most important thing is to explore the physical/digital convergence that I mentioned. 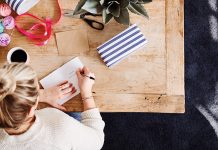 Category Update: Get it in writing 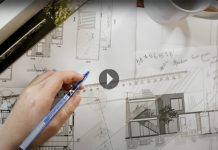