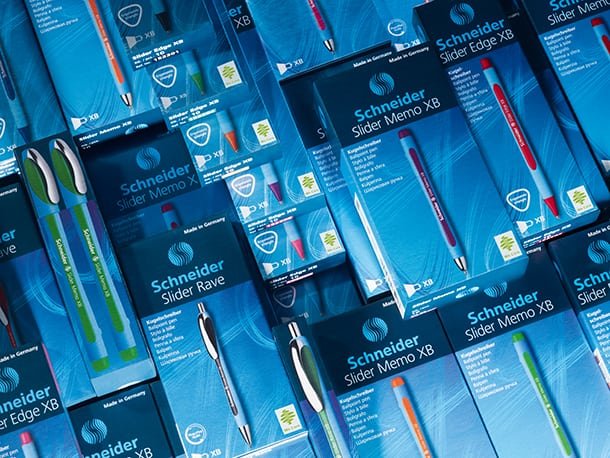 The UN Climate Change Conference in Paris in November 2015 (COP21) has shown the world that global warming is one of the biggest challenges we face today – and one that we can only really address and master if we band together and have united strength.

The Paris Agreement is one of the key outcomes of the UN conference. It came into force at the beginning of November 2016 with over 55 countries ratifying the agreement that together represent over 55% of worldwide emissions. Indeed, reducing global greenhouse gas emissions is the paramount goal of the Paris Agreement as well as of the overarching United Nations Framework Convention on Climate Change (UNFCCC) that was negotiated 24 years ago.

The signatory parties of the Paris Agreement must now draw up more stringent emissions reduction plans and will be legally bound to give progress reports on their commitments.

Companies around the globe can help to reduce greenhouse gas emissions by assuming responsibility for their carbon footprint, and German writing instruments manufacturer Schneider is certainly playing its part.

It’s nothing new for Schneider, however. This is a company that has been focusing on sustainability for many years, having firmly anchored this responsibility into its corporate policy. A great deal has already been done to reduce carbon emissions at the manufacturer. Since 1998, for example, Schneider has been following environmental policies in accordance with the EU Eco-Management and Audit Scheme (EMAS), the strictest environment management system in the world.

As a general rule, Schneider sets new goals on how to improve its environmental performance every three years. Independent auditors monitor all progress on an annual basis, renewing the certification for another three years if all of the required goals have been achieved. This year, the EMAS certification was renewed for the sixth time.

Schneider is not just concerned about the sustainability – and energy efficiency in particular – of its own production sites, but also extends this to transportation and supplier compliance in terms of raw materials, for instance.

In conjunction with ClimatePartner, Schneider has assessed the carbon footprint for the entire firm. This footprint establishes how much CO2 is generated by a company’s activities and is then used as the foundation for developing concepts to reduce these emissions. Calculating the carbon footprint also provides an array of other advantages.

An analysis of all the data offers a good overview of all business divisions, for example, and helps with the identification of reduction potentials specifically in the areas of energy consumption and resource use.

The compilation of this data was a major achievement for Schneider. It’s also quite unusual for a company of this size to embark on such a journey, but was facilitated and set in motion through the preliminary studies made for the EMAS certification. It was also helped by the fact that Schneider is an independent enterprise with a high level of vertical manufacturing and over 90% of in-house production.

As such, the calculation of product carbon footprints allows Schneider to reduce and eliminate emissions in its production processes. However, there will always be emissions that cannot be avoided, of course, but these remaining emissions can be offset to obtain climate neutrality in a product.

Greenhouse gases disperse evenly throughout the atmosphere no matter where they are generated. As a result, it is irrelevant whether the CO2 is saved at the site where it is emitted or elsewhere. In collaboration with ClimatePartner, Schneider is able to offset the exact amount of emissions for every product or even every single order by supporting an internationally recognised and certified carbon offset project.

The offset project supported by Schneider is located in Kibale National Park, one of the last remaining tropical forest blocks in Uganda. It hosts the greatest variety of primates found anywhere in East Africa and is home to almost 1,500 chimpanzees, Uganda’s largest population of this endangered species.

Before the project began, the area had been subject to severe degradation of the surrounding vegetation as well as soil erosion due to deforestation and excessive use of the area. Through reforestation and preservation initiatives, the project now aids biodiversity conservation and climate change mitigation. The project has been awarded with FSC and CCBA certificates for its sustainable forestry as well as for its benefits to the community and biodiversity.

There are many companies that are looking to implement and enhance their climate protection and ‘green office’ strategies. With the climate neutral Slider series, Schneider is offering a building block to those companies that contributes to better environmental performance. Its partners can also use the Slider series to establish a competitive advantage.

Schneider continues to work on a wide range of of projects to further improve the easy of use and environmental compatibility of its products. After years of cooperation with scientists and academia, it has achieved another milestone with the production of writing instruments using bio-based plastics. The first product of this kind, the K3 ballpoint pen, was launched a few years ago.

Two series of fineliners and fibrepens featuring a vast range of colours followed in 2016. In the process, Schneider managed to combine hard and soft bio-based plastics for the first time. In 2017, additional products incorporating bio-based plastics will be presented at Paperworld in Frankfurt.

RemanExpo decision still to be made