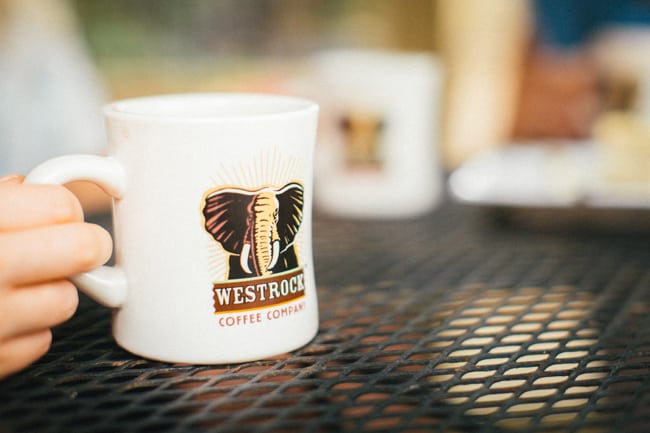 The founding principle of Westrock Coffee is transparency at every stage of the supply chain, from crop to cup. Its sustainable, vertically-integrated model is fully traceable, providing a seamless connection between its farmers at origin and its customers.

Based in Little Rock, Arkansas, Westrock Coffee was formed in 2009 by father and son, Joe and Scott Ford. Both had previously held the job of CEO at wireless service provider Alltel and served on its board of directors until the company was sold to Verizon in 2009.

Only a few months after the Verizon deal, Scott, along with other former Alltel employees, decided to set up Westrock Coffee Holdings. The company began to revitalise a neglected coffee mill in Rwanda, East Africa, with the hope of helping a few coffee farmers.

Westrock’s mission is to help the poorest of the poor through trade, not aid. It believes that advancements in social and environmental standards can be inspired and attained through the commercial success of participants in an ethical and transparent supply chain.

When Westrock entered the coffee export business in Rwanda, it assisted coffee farmers by introducing price competition in a market that was dominated by two primary exporters. This success led to the creation of the Rwanda Trading Company (RTC).

Says Westrock Coffee Company co-founder Scott Ford: “We were determined to build a company in Rwanda that would help the poorest of the poor taste the benefits of the free market system. Our intent was to make a profit and attain enough market share so that the other exporters would have to increase the price they paid to farmers in order to stay competitive with us.

“We wanted this to give every farmer in the country – whether they sold to us or one of our competitors – an immediate and substantive raise.”

It worked. In the first six months, prices paid to farmers for their coffee rose 30-50%, compared to established local market prices. “Collectively, we estimate that the sum total of our coffee activities in Rwanda alone, over the past six years, has put upward of $100 million directly into the pockets of coffee farmers,” says Ford.

“Our experience indicates this income most immediately goes to educational and nutritional advances for their children,” he adds.

The success of RTC – which now processes and exports 15% of Rwanda’s annual coffee production – led Westrock to expand its original operations to Tanzania where the Tembo Coffee Company currently works with over 50 producer groups, exporting 2.9 million pounds of green coffee annually.

In 2010, Westrock built a coffee roasting and packaging facility in Little Rock to facilitate access to the US coffee market for its farmers. The coffee is roasted on-site and then sold either under its own Westrock Coffee brand, or as private label.

Westrock is uniquely positioned in the coffee market because it operates in every part of the supply chain. Its presence in and commitment to improving the regions where it works enable the company to provide the highest-quality coffee at the most competitive prices.

What started as the desire to help a few farmers create a better life for themselves in Rwanda has turned into global export opportunities and employment for numerous partners. By operating at origin and working together with farming communities, Westrock is able to provide real returns for farmers and their families.

From East Africa to the consumer

While Westrock’s reach has expanded into the global production of coffee, so too has its presence in the marketplace. “In 2015 we were recognised as the fastest growing brand of coffee in US retail and our message is resonating with distributors and resellers alike. Our aggressive expansion into the office space is a natural step to bring our coffee to consumers whether they are,” says Westrock Coffee Company Chief Sales and Marketing Officer Elizabeth McLaughlin.

While Westrock’s vertical supply chain enables it to pay more to participating farmers for their beans, the streamlining of what was once a very inefficient supply chain keeps the company highly competitive in the marketplace.

Westrock knows that while consumers want to do the right thing, to gain distribution and sustain growth it has to deliver a high-quality product at competitive prices.

“Our global reach allows us to be a leader in the coffee revolution. Our leading products are East African blends that are great-tasting everyday coffees, but we also produce a wide range of origin coffees from around the world,” says McLaughlin.

“By partnering with Westrock Coffee, you will join in our mission to foster ethical coffee supply chains in developing countries all across the world – and sell a great cup of coffee!” she adds.

Ernest Nsabimana has been a coffee farmer for 27 years and has 178 coffee trees in Gikomero, Rwanda. Until 2012, he was paid the same low price for his coffee harvest, regardless of yield or quality.

This changed when he began working with Rwanda Trading Company and processed his coffee through the Gikomero washing station.  For the first time, Ernest was paid a fair price for his coffee, based on quality and yield. He increased his annual production by 25% after participating in the Agribusiness Training Programme.

Consolee Mukeshimana has 80 coffee trees that she planted when she first married. When she found herself on her own with three children, coffee became her only source of income, but she wasn’t able to support her family with it.

Last year, after delivering her coffee to the Bushoki washing station, Consolee received cash in exchange for her coffee cherries immediately upon delivery. Now she has a consistent revenue stream from coffee farming and is, for the first time, in control of her own livelihood.