In late November 2017, Avery Products in the US and its sister company CCL Label filed a lawsuit in an Ohio court against six unnamed defendants accusing them of “running a fraudulent counterfeiting scheme […] to pass off inferior office supply and label products as though they are genuine Avery products”.

“This has confused and upset Avery customers who have purchased inferior counterfeit products, has caused irreparable reputational harm to Avery as deceived and dissatisfied customers attribute their dissatisfaction to the Avery brand, and has caused [the company] to lose sales,” Avery said in its case summary.

While the lawsuit has been filed against six unnamed companies (or “Company Does” – pronounced ‘doze’), the office products manufacturer called out six entities that are selling counterfeit Avery products on Amazon in the US: StationersSupply or ShoppingCities, Literaturenet, OfficeMall, RapidRobot, Carnival of Sorts, and Shop Easy.

Why, then, are these parties referred to as Company Does in the lawsuit?

“While we have had some success in doing so prior to the litigation, we found that a number of these sellers had not used authentic information in setting up their accounts,” newly appointed President of Avery Mark Cooper told OPI. “The counterfeiters have tried to exploit the privacy rules and the freedom of online businesses to hide their identities. In filing the lawsuit, we will be able to discover more information about the identities of the counterfeit sellers and enforce the law against them.”

In the lawsuit, Avery contends that the “counterfeit products have a variety of poor quality issues, including poor adhesives, low-quality packaging (likely a result of scanning genuine Avery packaging), and a foul chemical odour”. This has resulted in multiple examples of negative feedback and complaints on Amazon.

“It is only after purchase and receipt of the counterfeit products that someone having familiarity with Avery packaging would discern differences between the Company Does products and genuine Avery products,” the lawsuit continued. “Company Does’ products feature over-labels on the shrink-wrap that state ‘Made in China’, the wafer seal is smaller, the label sheets include different capitalisation and are of a different white hue, and the barcode is over-labelled on their packaging.”

Avery is still trying to determine the extent of the problem, although the lawsuit states that the company has suffered damages exceeding $25,000.

“Through our investigation to date, we have discovered that a number of our most popular address and shipping labels designed for laser printers have been counterfeited by others,” noted Cooper. “The litigation against the counterfeiters will help us determine the full extent of products at issue to eliminate any instances of counterfeit products on the market.”

Cooper added that Avery frequently scans the most popular marketplaces and subscribes to a third-party service that monitors even more of them to find possible counterfeit sellers.

While the recent lawsuit relates to the US market, he confirmed that Avery is also checking the situation on an international scale. “We take counterfeit products very seriously and will pursue counterfeiters regardless of the jurisdiction in which they operate,” he stated.

Meanwhile, Cooper said that consumers should be wary of offers from third-party sellers that appear ‘too good to be true’. Avery has set up a hotline for consumers to call and report suspicious products or websites.

The issue of counterfeit products being sold through online marketplaces is nothing new – and we are not talking about ‘grey market’ products here where resellers try to bypass authorised sales channels, but blatant knock-offs. There was an interesting post on SkuVault last year – written purely coincidentally in the context of this article by an author called Avery Walts – that highlighted Amazon’s efforts to tackle the problem.

“Counterfeit goods are a big concern for e-tailers, and they are continuously updating their programmes to try to help ensure that only legitimate products are sold through their sites,” concurred Cooper.

However, as the Avery lawsuit underlines, the problem hasn’t gone away, even though it appears that the resellers referred to in the lawsuit have stopped selling on the Amazon site. That will be of great relevance to Amazon and, more particularly, its Amazon Business arm as it looks to provide an online marketplace solution for the likes of the US Federal government.

It is unlikely that government purchasers will want to go anywhere near a procurement option where there is the risk of inadvertently acquiring counterfeit products. 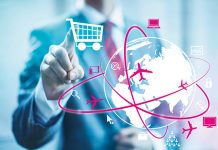 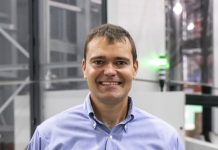 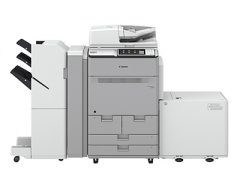