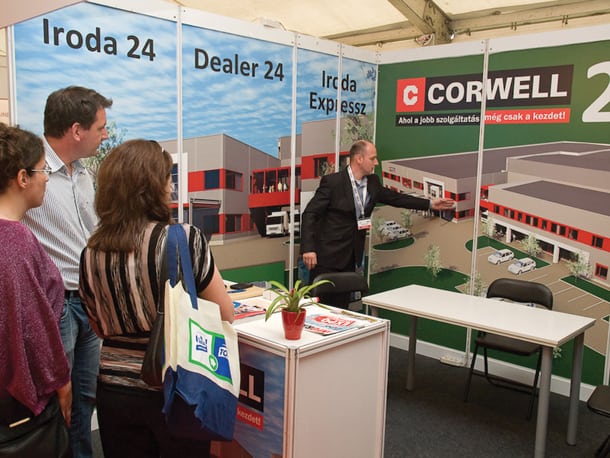 Wholesaler Corwell held its eighth annual expo in its home city of Budapest in May. Most of the 1,200 visitors – a higher number than in 2012 – came from Hungary, but this year attendees also travelled from countries such as Slovakia, the Czech Republic, Bosnia and Montenegro.

Marketing Director Gábor Pataki said: “Overall we are very pleased with the number of visitors; it’s beaten our expectations. Our target is for this event to be more international.”

Becoming more international is a focus of Corwell’s entire business strategy, not just its event. It is looking to increase its reach into neighbouring markets where there is often no dominant major wholesaler. So far its growth plans are going well; the top line at Corwell’s Slovakian division grew by almost 22% in Q1 2013 year on year, and its Czech Republic operations, launched in January, are looking “promising”. In its home market, Corwell is still seeing growth of 18%.

At the expo, Corwell used a coupon system to encourage resellers to interact with vendors. When resellers visited a booth they were given a coupon – to later be swapped for discounts – only if the meeting was deemed to be useful. Corwell estimates that more than 3,000 useful business meetings took place at the expo – up 20% on last year.

There was quite a mix of booths at the show, and many vendors reported growth. Corwell has established strong partners over the years, and CEO László Féher emphasised the importance of good partners.

“It’s a philosophy of Corwell that it’s the people within a business that matter, not just the company,” he said. “Of course the company is important, but people make the difference.”

Feedback from vendors highlights the good relationships Corwell has developed. Mateusz Sagan, Managing Director Central/Eastern Europe at Biella, said: “The expo always shows something different. It’s a bridge between international vendors, dealers and us, and Corwell is becoming a real central Europe hub.”

The wholesaler also took the opportunity to showcase its own brands. Its rebranded Victoria range had a prominent booth, as did its new own brand furniture line, Mayah. According to Commercial Director Márk Hortobágyi, these lines have been growing well recently despite an overall decline in traditional office products in Hungary, and dealers rely on it as a safe offering.

Facilities management (FM) and jan/san products were given prominence at the expo. Corwell had a booth displaying the range of FM products that feature in its catalogue to encourage dealers to offer more. Among other jan/san vendors, Procter & Gamble was present for the first time, having recently signed a deal with Corwell.

Two big announcements from Corwell were a new web offering for dealers and an expansion to its warehouse. The web offering, called Shopwell.hu, will allow dealers to build their own websites linked to Corwell’s system. Corwell already has about 230 partners on its web service, but is hoping the new system will encourage more. There are a number of large e-tailers in Hungary already and although Amazon hasn’t shown its face yet Hortobágyi believes that if it does arrive, it will do so quickly and dealers need to be ready – although for Corwell itself Amazon could pose an opportunity.

In terms of its warehouse, Corwell is aiming to almost double its capacity by 2014. It is also going to be the first business to implement a new voice-based picking system from the US called Vocollect, which could increase its performance by 20%. With the new capacity, along with its drive to expand across borders, one vendor voiced an opinion that Corwell could become the wholesaler for Eastern Europe to match ADVEO’s reach in Western Europe – a bold statement, but time will tell. 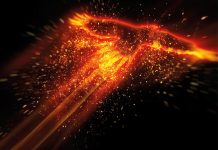 Focus: Spicers is back