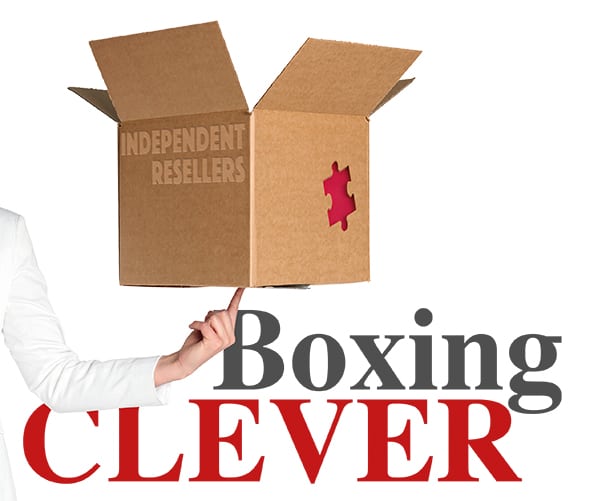 In the Final Word in the March 2017 edition of OPI, Mike Gentile, CEO of US dealer group Independent Stationers (IS), called for the independent dealer community (IDC) to find “a new box”, arguing that stakeholders in the channel were “competing against each other” and that meaningful progress was being hampered by an unwillingness by some to make changes as they tried to protect their own pieces of a shrinking pie.

The piece provoked quite a bit of discussion in US office product circles as the IDC continues to face structural industry challenges and formidable competitive forces. While the consensus of opinion is that the IDC does indeed need to transform, pinning people down as to what specific courses of action are required is often another matter, especially when it comes to going public for a magazine article; it’s a sensitive issue, after all, and one that involves multiple stakeholders.

One subject that regularly comes up is whether IS and fellow dealer group TriMega should merge in order to create efficiencies of scale within the IDC.

“A big challenge we have is to find ways to push cost out of the industry so everyone can become more efficient,” notes TriMega President Mike Maggio. “I think we have made great strides recently with some major initiatives which we continue to leverage: the annual EPIC conference, the EPIC Business Essentials national accounts platform and the EPIContent [product content] project.”

He continues: “The real benefit – and our biggest challenge – would be to combine the organisations to such a level that we get waste and duplication out of the channel. Ultimately, the answer is to find a way to combine enough of our overheads so that it’s seamless to the manufacturers. That is something the manufacturers want, and the groups’ boards of directors realise that it makes sense. The challenge is taking the next step.”

This notion of coming together to create scale within the IDC is something that Barry Lane, VP of Commercial Sales at Avery in North America and the current President of the Business Solutions Association (BSA), feels is important.

“I would love to get to a place one day where independent dealers weren’t at loggerheads with each other and where collective priorities were focused on competing with the big boxes and Amazon,” he says. I’d like to take all the constituent parts [of the IDC] and put them together so it looks like a single enterprise – scale would give efficiency and allow the IDC to compete more favourably.”

Lane points to the model of hardware retail cooperative Ace Hardware as potentially a way forward for the IDC. “A branding programme that is similar to Ace could be the building block for a whole new level of success,” he suggests. “Owner operators would be the local face, but on the economics side there are efficiencies and, in addition, the consumer recognises and trusts the name.”

This idea of a national brand for independents is nothing new; there have been a few attempts over the years, most recently with the Your Business Source initiative, that have not achieved the required traction, but dealer network AOPD’s Executive Director Mark Leazer still believes it is an idea that is worth exploring.

“The whole issue of brand awareness is something we see when bidding on accounts,” he explains, “and independents need to figure out how to make themselves better known – we have always had an issue of explaining who we are.”

Leazer says AOPD has been working on some of its own initiatives, but admits that brand building is a costly exercise. Nevertheless, he believes that coalescing around a nationally recognised brand would be beneficial to the IDC and – like Lane – refers to the success that Ace has had in the hardware category.

While dealer group consolidation may appear to be a bold move, Gentile himself does not regard it as one of his ‘new boxes’ (although he supports the idea). “All that would mean is staying within an existing, shrinking box,” he says. “Would it help in the short term? Of course. But it is what I call MOTS – more of the same – and that is not a strategy.”

The IS CEO says real examples of new boxes for the IDC would include strategic partnerships with organisations outside the OP industry (see page 29 for details of IS’s alliance with facilities group Afflink, for example), stronger alliances with manufacturers and closer alignment with the wholesalers.

You could argue that the office products industry is already in a new box – that of wider business products distribution. Indeed, diversification into new categories and services has been a recurring theme over the past few years.

Dave Guernsey, industry visionary and CEO of his eponymous dealership, applauds the wholesalers and dealer groups for their efforts in helping dealers move into new product areas, although he questions whether they are doing – or even can do – enough. “Don’t get me wrong, the groups are working hard,” he says. “I just don’t believe their programmes are where they need to be yet, especially in urban markets.”

Guernsey’s dealership has been offering breakroom solutions for a number of years, but is now preparing to take its offering up another notch. “The breakroom and jan/san categories have evolved far beyond the obvious offerings, and market penetration requires much more than providing a coffee service and cosmetic janitorial products,” he notes.

“This means that if dealers don’t have the balance sheet to make what amounts to a significant investment, it can be difficult for them to enter these adjacencies effectively.”

“It was an honest-to-God struggle and required a lot of investment dollars,” he admits, after coming through a downward trend last year and back to double-digit growth in 2017.

Givens doesn’t share Gentile’s scepticism about some of the issues in the IDC. “I don’t think it’s a matter of a lack of trust,” he says, referring to Gentile’s Final Word article. “For me, it’s basic Business 101 – ‘to thine own self be true’ – everyone is scrambling to address changing customer preferences happening now and in the future. We must adapt or become extinct.”

Both Guernsey and Source have moved away from a transactional model to one based on providing solutions. “I don’t think dealers should go into an adjacency when all they are doing is shipping another box,” states Dave Guernsey. “If you are just shipping a box, you’re really in the crosshairs of Amazon; you’ve got to be doing something that has some kind of value-add for the customer.”

From a manufacturer’s perspective, Bob Ouellette, President of HSM America, doesn’t mince his words. “The independent channel is in some serious trouble, there is no question about it,” he states. “The biggest problem is that the model has not evolved from tactical to strategic, and with new and emerging competitors coming in that are strategic and relying on analytics, consumer insights and market data to make decisions, the IDC continues to fall further and further behind.”

An area where Ouellette would like to see change is product assortments that are based on data which shows what the market wants and needs, but not to the extent that it handicaps the IDC. “A lot of dealers rely on wholesalers for content and this puts them at a competitive disadvantage because they don’t necessarily have the entire assortment,” he states.

HSM America is one of the vendors piloting the EPIContent initiative and Ouellette says he is “cautiously optimistic” that this will be one of the changes that is needed. “It’s an initiative that makes a lot of sense,” he adds.

Smead is another manufacturer on the initiative. The firm’s President Casey Avent sees it as a “first step” to overcoming the challenges of delivering the full breadth of content to the IDC and improving the whole speed to market of products, although he recognises that there are still a lot of complexities which come into play. “It can take weeks or even months before the content for a new product launch is through the dealers’ systems and available to the consumers,” he says. “There are other channels that process this [content] much faster.”

Content and data both fall into the bucket of how dealers adopt and use technology, and TriMega’s Maggio believes that “significant progress” needs to be made in this respect. “It’s not bad, but nowhere near world class,” he says. “Frankly, we have not made the kind of incremental investments necessary over the years, so we find we are continually playing catch-up in an arena that changes at light speed and is critical to our future.

“When I have system discussions with dealers, I try to point out that world-class ERP and e-commerce platforms are available today right off the shelf; the challenge is to adapt their business practices so they are able to take full advantage of current and future technology. When you consider the fact that dealers have always demanded customisation to standard ERP packages, it becomes very difficult for the software provider to keep the system up to date. The result is technology that is not adaptable enough to take advantage of advances in system design and flexibility.”

Avery’s Lane believes independent dealers could take a leaf out the manufacturers’ recent playbooks when it comes to implementing change. “A lot of manufacturers have gone through a consolidation process and radical restructuring,” he notes. “We have challenged legacy programmes, G&A [expenses], our physical footprint and the way of doing things so that we continue to be relevant.”

Lane is also hoping that BSA – with its diversified membership – will be able to play a meaningful role in bringing about change in the industry. “Over the years, we have paid lip service to the word ‘collaboration’ and been stuck in our silos,” he states.

“I believe the structural change that we are experiencing now is a perfect opportunity, and I feel there is renewed energy and a new level of willingness [to act] to ensure the independent dealer continues to be a viable option for the commercial office products consumer.

However, Lane and many others recognise that implementing coordinated change is a challenge and that there is no ‘silver bullet’. As AOPD’s Leazer notes: “Collaboration is very difficult. I’ve been involved in [unspecified] projects with very smart people, and those things are not active today.”

Parallels are being drawn between the situation today and the rise of the big boxes in the mid-1990s.  “[Talk of] unifying the supply chain in concert with the dealers and dealer groups is not unlike what happened with BPGI,” says the organisation’s founder Dave Guernsey. However, he adds: “The IDC reacts best when the pressure is turned up, and it’s just not turned up enough at this point.”

But to use a Game of Thrones analogy, there is a sense that ‘winter is coming’ for the IDC, or at least for parts of it. The question is what shape or form will the White Walkers take? Strategic changes at one or both of the major US wholesalers, big-box retail consolidation, accelerated inroads by Amazon Business, or all three? And what will be the IDC’s dragonglass?

In the numerous interviews conducted for this article, the conversations invariably turned to the role of the wholesalers in the business products industry. And with good reason; the OP wholesalers have been key partners for the IDC down the years. However, many of them – not just in the US, but globally – have been facing their own challenges recently, raising questions about their business models and strategic direction. 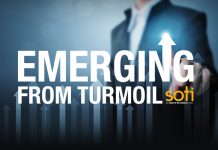 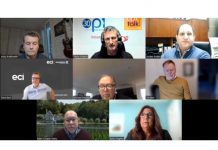 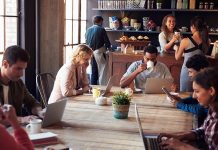