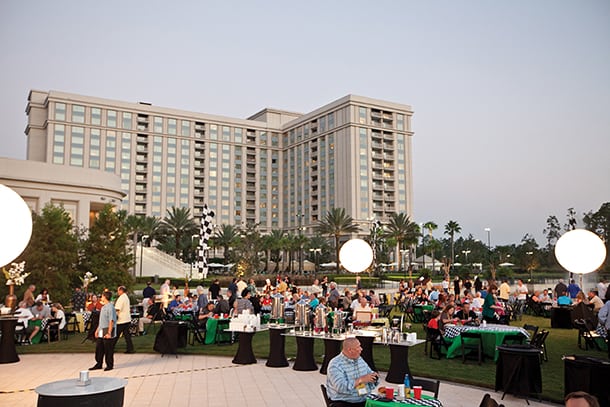 The two leading US dealer groups, Independent Stationers (IS) and TriMega, have announced they are to hold a joint convention in 2013.

This first-ever combined national convention – which is named EPIC 2013 and comes with the tagline ‘Where BIG Happens’ – will take place from 18-20 September 2013 at the JW Marriott Hill Country in San Antonio, Texas.

“With supplier consolidation, changing economic conditions, and the continued importance of meeting face to face with their respective members, TriMega and Independent Stationers are leading the charge in addressing the issue of meeting-overload in our industry,” the groups said in a joint press release.

“Further, it remains extremely important for dealer groups to be responsive to supplier needs, remain relevant in the channel and add real value for independent dealers. This combined convention is a big step forward in achieving these objectives.”

IS and TriMega say they will release more details of the event early in 2013, but initial indications are that it will include joint general sessions and a combined expo with around 130 vendors, and then separate group networking events and seminars.

The news of the EPIC show marks the first significant evidence of closer ties between IS and TriMega after a period during which the relationship between the two groups has been known to be somewhat frosty. Their press release refers to this announcement as being “a step forward” – although towards what final goal is a matter for speculation. Talk of dealer group consolidation has cropped up regularly over the years and the dealer group model continues to experience pressures from vendor and dealer consolidation, increased marketing and e-commerce services from the main wholesalers, and structural market changes.

The time spent and costs involved attending various trade events has long been a bugbear for the vendor community, and the news of the EPIC event has gone down well with those suppliers that OPI has spoken with.

In fact, one of the hottest topics circulating the ballroom at the Chicago Hilton – where senior OP execs were gathering for the City of Hope Spirit of Life dinner – was the possibility that this could be the first step towards a national industry week in the US, combining the events of all the industry’s major players.

Such a collaboration has long been thought impossible – between the main wholesalers at least – but times, as evidenced by the EPIC announcement, are clearly changing. Margins are being increasingly squeezed in all channels; vendors are prioritising shows and cutting down on booth space, and are questioning whether they really do have to travel across states to see the same people they saw the previous week at another show.

Of course, the number one question is who would organise the event? Neutral parties with the resources to organise a national show don’t grow on trees, though the Business Solutions Association may seem a logical choice to coordinate such a move.

A second question is where the event would be held. To bring together what could be 5,000 or even 6,000 delegates with capacity for an expo, general sessions, breakout sessions and seminars presents a logistical mountain to climb, and there aren’t that many suitable venues. Multiple hotels would be required so dealer groups and wholesalers can be kept separate, which restricts the number of possible locations.

OPI understands that no commitments have been made at this point, but that informal discussions have taken place and that it is a subject which is on people’s agendas.

There is one line of argument suggesting that a national event would be a dead duck – especially after what happened to the SHOPA tradeshow – but that is missing the point. SHOPA’s demise was due – at least in part – to the multitude of events run by the wholesalers, dealer groups and other industry stakeholders. Removing those dates from the annual calendar would clearly enhance the prospects of holding a successful national event once again.

If the two main wholesalers and dealer groups buy into the idea, who says there might not be a whole new event concept to look forward to in 2014?