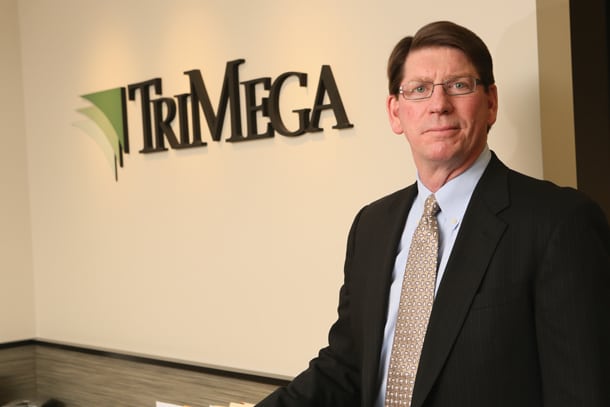 Charlie Cleary left TriMega in May after eight years in charge of the USA’s biggest dealer group.

TriMega confirmed Cleary’s sudden departure in a statement which said he had resigned to “pursue other opportunities”. The statement focused on Cleary’s accomplishments as TriMega President: “[He] led the organisation through a rapid period of growth by more than doubling group purchase volume to $400 million, membership to 600 dealers and annual rebates paid to members to a record $32 million.

“He was instrumental in the merger with managed print services group INTEC, partnered with SP Richards in the introduction of Business Source brand product to independents and developed a large dealer programme entitled DSC that has allowed larger dealers to compete with Staples.”

Cleary’s tenure had not been without its setbacks. An attempt to develop members’ online B2C sales by acquiring and adapting the SmartXpress platform ended with the programme being shut down after 12 months, and the Point Nationwide national accounts programme has, by TriMega’s own admission, failed to live up to initial expectations.

“The team that we have in place at TriMega today is ideally positioned to execute on the current strategic direction of the organisation and face the challenges in the industry under the leadership of new board Chairman Ian Wist,” said Cleary in the TriMega statement.

Commenting on Cleary’s departure, Wist said: “Charlie has done a fantastic job in building the largest and strongest office products buying group in the industry, and we appreciate the significant contribution that he has made to independents over the past decade.”

TriMega said it would immediately begin a search for a replacement for Cleary. Until that process has been completed, senior members of the dealer group’s management team such as Greg Fish, Mark Hampton, Michael Morris and Grady Taylor are presumably sharing out the CEO duties between them.

Bates told OPI that he had been preparing his departure for the last few months and is making a complete career change by establishing a pet care business based in northern Virginia; something that revolves around his passion for animals.

As the head of NOPA, Bates was probably most visible through his active participation in defending the interests of independent dealers in local and federal government issues.

“Chris was instrumental in moving the figurative ball forward in regards to the independent dealer channel (IDC) having a stronger influence in the federal government arena,” said TriMega EVP Grady Taylor. “We are fortunate to be left with the foundation that he has provided.”

However, Bates was in a difficult position over the question of the Federal Strategic Sourcing Initiative (FSSI) which benefited certain NOPA members but not others.

“This forced NOPA, under Chris’s direction, to work with these varying positions and establish a middle ground that was palatable to all – he did a good job of balancing many advocacy issues,” noted Mike Gentile, CEO of Independent Stationers’ which was awarded an FSSI contract.

What the future holds for IOPFDA is unclear as OPI goes to press. Bates said he was helping the association through a transition period, but there have been hints of a change to the structure.

Gentile said he would like to see a strategic collaboration, or possibly a merger, with the Business Solutions Association.

“This could reduce operating expenses for NOPA, enhance the communications amongst wholesalers, manufacturers and the IDC, as well as better align the strategic needs of each respective entity,” he noted. “At the end of the day, we need each other and we share common competitors such as Staples, ‘Max/Depot, WB Mason and Amazon. While manufacturers love the top-line revenue from these behemoths, they are also experiencing further brand elimination.”