Earlier this year, Martin Wilde Associates (MWA) and OPI published The State Of The OP Industry 2013-14, a report based on a survey of the views and expectations of 51 key office products industry CEOs.  The report found that:

• The distribution channel that was most widely reported to have won market share in 2013 was Amazon/eBay (84% of all respondents).

• The distribution channel that was most widely expected to take share in 2014 was Amazon/eBay (72% of respondents).

However, despite these predictions, little was known about the current and potential B2B customer base for Amazon in terms of OP. As a result, during the summer of 2014, MWA carried out a research programme among 400 end-user OP buyers in the US – and another 400 OP buyers in the UK – in order to investigate a number of key questions, including the following:

• What kinds of businesses have used Amazon to buy OP in the last 12 months?

• What types of office products – and what share of end users’ total OP purchases – are currently being made from Amazon?

• What are the perceived benefits and disadvantages of buying OP from Amazon?

• Which OP supply channels have lost out to Amazon?

• How will OP sourcing from Amazon change in the future?

Two reports based on this research – one for the US, the other one for the UK – have now been published, entitled Swimming With Piranha and their contents make for some surprising as well as challenging reading.

Figure 1 shows that in the US as many as 57% of OP buyers interviewed had purchased core OP (traditional stationery, office paper, EOS and office furniture) from Amazon in the past 12 months, with the majority (40%) buying both from Amazon and Amazon Marketplace traders and 16% buying from Amazon only. This penetration is generally more widespread than that found in the UK study.

What was evident from both reports was that a very significant number of OP buyers from all types of companies had bought core OP from Amazon: it was not – as perhaps would have been expected – only those in the very smallest companies who had done so. Additionally, the survey found that the age of the respondent was a significant factor in driving the use of Amazon to purchase OP.

Respondents were also invited to estimate the current share of their organisation’s OP purchases from Amazon. Again, the results of these enquiries were enlightening and are detailed in both of the reports.

It was evident from the research that – in addition to these core OP items – Amazon was also being used by OP buyers’ organisations to purchase allied products, such as jan/san supplies, breakroom/catering products and business machines. As a result, it is clear that Amazon has already achieved significant penetration at multiple points within these organisations – far beyond that achieved by most conventional OP resellers.

The OP channels that were most likely to have lost out to Amazon’s advancement tended to vary according to the size and type of organisation. There were also marked differences between the results in the US and the UK. In the US, for example, the national OP retailers were more likely than in the UK to have lost business to Amazon.

Another interesting finding of the research was that Amazon customers tend to be very enthusiastic about the company: when asked to indicate the disadvantages of buying OP from Amazon, few could find anything negative to report about their experiences of the company.

Similarly, when asked to talk about the advantages of buying OP from Amazon, respondents were full of praise, particularly concerning the e-tailer’s low prices and wide product range. Importantly, both  were key factors in respondents’ choice of OP supplier.

There is no doubt of course that Amazon has benefited from an industry-wide trend towards online purchasing (indeed, it is no surprise that the survey found the majority of respondents in both countries now place orders for OP electronically), but it is also clear that the company is regarded by OP buyers as the leading exponent of this model.

In addition, Amazon is perceived to be ‘hungrier’ than conventional OP resellers, according to another UK buyer who commented: “Other companies that we have used for years take us for granted; Amazon wants our business.”

Interestingly, even many of those respondents whose organisations did not currently buy OP from Amazon still used the company for price comparison exercises and found it to be competitive.

Many of the questions covered in the research investigated respondents’ vision of the future of their OP purchasing. Clearly, in both countries surveyed many expected their OP purchasing not only to switch further towards online sourcing, but also to a greater use of Amazon (although the extent of this varied by company size and respondent age).

Certainly, on average, the expected share of their OP purchasing from Amazon is forecast by these respondents to increase steadily over the next three years.

When asked whether – in principle – they believed that it was possible for Amazon to be used for all of their OP purchases, a very significant share (46%) of respondents in the US stated that they could, in theory, envision this scenario, with 15% stating that it was ‘definitely’ possible. Again, the reports show some variations here by size of company and age of respondent, with the overall picture being similar in the UK.

In summary, the research MWA carried out shows that, to date, Amazon has achieved a stronger overall penetration of the OP user base in the UK and US than perhaps many would have expected, and that its current and expected future share of the market far exceeds that ever achieved by a single supplying entity in this marketplace.

Furthermore, the company has already secured a width of market penetration that is enjoyed by no other single channel of supply. Amazon is not only successfully taking on the dedicated OP resellers, but also the mass market and specialist FM channels. The research  strongly argues that the successful B2B reselling of OP can no longer be regarded as the preserve of the OP specialists, and the report warns that whichever new product categories OP resellers may wish to diversify into, may well have already been successfully penetrated by Amazon.

Research results also show the power of the general e-environment for product selection and ordering, which clearly has significant implications for all participants in the supply chain, especially those that primarily think in terms of presenting products only in hard copy media.

Overall, the findings of this important research study have a real relevance and urgency for all types of OP distributors and manufacturers.

Both reports focus on the opportunities for – and possible barriers to – the future development of Amazon’s involvement in the OP industry, and provide key advice to both OP resellers and vendors on how to best respond to the e-tailer’s extraordinary progress.

Each of these authoritative reports is available for only $3,750 (£2,200) per country. To order your copy, visit www.opi.net/piranha 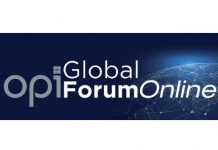 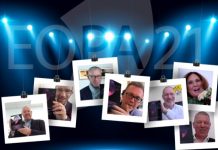 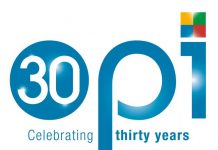 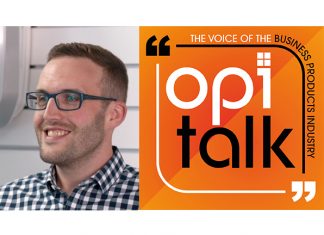 Editor - 14 May 2021
In this episode of OPI Talk, OPI CEO Steve Hilleard speaks to Mike Booth, Global Market Director for Air Treatment at Fellowes Brands. The conversation couldn’t be timelier...