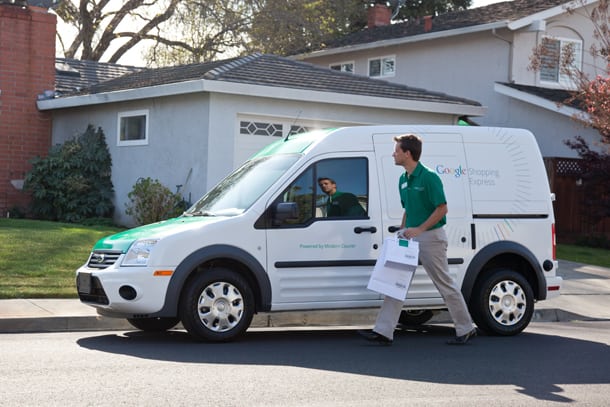 After several weeks of speculation, Google has begun testing a same-day shopping service in the San Francisco Bay area in partnership with a number of national and local retailers, including Staples and Office Depot. A blog post by Tom Fallows, Product Management Director for Google Shopping Express, confirmed the move by Google, calling it a “new experiment”

“It’s a local delivery service that we hope will make it possible for you to get the items you order online the same day, and at a low cost,” said Fallows.

The internet giant is looking for testers in the San Francisco Bay area, and they will get the same-day service for free for six months. Fallows said that Google was “still working out [its] long-term pricing plan”, but it is expected to rival the Amazon Prime price of $79 per year. Apart from Staples and Depot, the other companies taking part in the trial are national retailers American Eagle, Target, Toys R Us and Walgreens, and three local businesses.

According to a Google information page, shoppers will be able to browse products from different retailers at a single online location. Deliveries are then carried out by courier partners.

“Staples always tests different ways to service our customers. This is a two-store pilot with Google to provide same day-delivery in the San Francisco area,” the company said in a short statement to OPI.

Depot said that it was always looking at new ways to “get products to time-starved customers […] when they need them”.

“By partnering with Google Shopping Express, we are piloting a low-cost initiative that enables us to test a same-day delivery service to customers in big-city markets,” the company elaborated. “Through the exposure on Google Mall, we can reach existing and new customers by extending the range of our retail stores. Our customers benefit by purchasing everything they can in store without leaving their home, office or appointment and receiving the items at a location convenient to them within a two-hour time-frame.”

With product fulfilment for Shopping Express being done at store level and the target consumers located not that far from the actual store, it does seem ironic that Staples and Depot are giving customers the chance to avoid visiting the store altogether. A big part of their local retail appeal and messaging is their proximity and the ability for small business customers to drive around to a store when they’re out of ink and toner, for example.

Steve Danziger of San Francisco independent dealer AAA said he hadn’t had any feedback from customers regarding same-day service options or competitive pressures.

“We only get around three requests a month for same-day delivery, using (and paying for) a messenger service,” he told OPI.

“Perhaps our 6pm cut-off time helps customers avoid same-day emergencies as they have until 6pm, when their life quiets, to place needed last-minute orders with us.”

He also suggested that this kind of same-day service would appeal to non-office products customers once the costs of delivery have been increased. “I can see this being of much more value with well-off consumers for whom the convenience and indulgence far outweigh the delivery cost,” he noted.

Diane Griffin of San Francisco-based dealer The Office City said it was too soon to tell what Google’s new service would mean, but suggested dealers that had gone virtually stockless could be at a potential disadvantage if the idea did take off, “unless the wholesalers develop parallel capabilities for the independents”

For the time being, then, this is probably something that dealers are not going to be losing sleep over. However, it’s definitely an initiative that’s worth keeping an eye on, and same-day delivery is becoming something of a buzzword with Amazon, Walmart and eBay already offering it or at least trialling it in certain cities. For Depot and Staples then, it’s probably an advantage for them to have an insider’s view of the project than to be left out, even if the scheme doesn’t turn out to be viable. 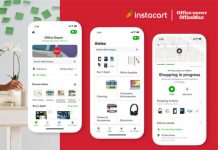