This month we feature two highly progressive dealers committed to driving personalised productivity solutions for their clients &ndash; and as a result, rapidly growing their businesses.
The Phillips Group, with annual revenue of $63 million, is based in Middletown, Pennsylvania and favours the stocking model, delivered in a highly personalised way. In contrast, Phase Office Supplies, which generates annual revenue of &pound;9 million ($18 million), is stockless and works in conjunction with Officeteam on logistics and delivery. Read these fascinating insights and compare.

Full service office productivity dealerships are rare in the worldwide office market. Although there are many single-source providers within office supply, how many can you name who provide a full specialist service across a powerful portfolio of office supplies, IT supplies, furniture, business machines and document management solutions with the key brand leaders?
In the UK, Penketh’s, Commercial Group and Langstane Press all qualify in this category. In the US, I can think of a few who may provide an in-depth specialist service &ndash; such as Eakes in Nebraska, FSI in Charlotte. But the Phillips Group is probably the most comprehensive.
Based in Middletown, Pennsylvania, Phillips is a full service dealership with sales of $63 million &ndash; one of the largest and most progressive dealers on the planet. And we’re not just talking about an existing mix of office products but a progressive mix, including all the leading brands in office interiors (eg. Steelcase and HON) and in document management (eg. Sharp, Konica Minolta and KIP).
The company was established in 1940 and is highly regarded in the state of Pennsylvania. It serves 3,500 customers with its productivity-enhancing service. The supplies division is led by president Bob Chilton, and acts as the icebreaker for the group. Regular visits by dynamic and attentive salespeople and by their own delivery ‘ambassadors’ make sure that the company’s ‘eyes and ears’ are open for opportunities, not just in supplies, but in furniture and machines as well.
Phillips is a long-term member of is.group, having joined in 1991, and supports the D2000 and D5000 catalogues, as well as the group’s distribution and eMarketing programmes.
Chilton says: "The Phillips Group sales of $63 million are split equally between supplies, office interiors and document management. In supplies, we are striving to increase our productivity with average sales per employee reaching $304,000, while helping our customers improve their own sales. We have 69 employees, with 18 outside salespeople and 14 ambassador drivers. This is a crucial part of the Phillips philosophy and our unique edge in the marketplace. We call this our Secret Sauce."
Secret Sauce is an ingenious and memorable icon, developed by the Phillips team to differentiate itself positively from the power channel. The key ingredients are local ownership, dedicated personal attention, an assigned customer account management team, can-do flexibility to special service requests, ambassador delivery service and rapid responsiveness to the needs of each customer. All these may sound similar to the textbook answer to great customer service, but the difference lies in the way they are delivered.
It all boils down to the execution strategy of the highly motivated team, which, in the words of its customers, "goes the extra mile" to satisfy clients in saving time and money. The flexible tailored service is best exemplified by the company’s ambassador delivery team, which consists of uniformed Phillips employees equipped with Nextel telephones for immediate access and order tracking status.
Phillips has progressed on the online ordering front too. Almost 50 percent of orders are taken online with order values higher than the traditional telephone route. Sales director Tom Smith says: "We are pleased with our progress in eCommerce, achieving average order values of $175 online, compared with $135 via traditional means. We put this down to the success of our EZorder online system."
Customers love it too. One customer, Iya Isoke from AUM architecture, says: "I have to say EZorder was extremely easy to navigate. Besides the one-on-one customer service, the coolest feature was the ‘hold order’. I was able to hold the order, print it, get an okay from my boss and release the order. Wonderful!"
"Our goal is to increase online ordering to 75 percent of sales volume. In this way we can enhance the level of service we give to customers by promoting new services and new product categories, such as refreshment and hygiene supplies," continues Smith.
The strength of the company’s personalised single-source supply system is reinforced by the Phillips commitment to customising processes and the quarterly, or at least half yearly, client reviews. "This ensures we stay close to our customers at every level from management to users, to communicate new products, productivity information, eco-friendly developments and of course, any service issues," says Smith.
When I met Bob Chilton and Tom Smith at the SP Richards Advantage Business Conference in August, I was impressed by the intimate knowledge and grasp of the key performance indicators for the business. Very often dealers can talk about the strength of their personal service and the high performance of their salespeople without quantifying the positive effects. This was not the case with the Phillips people. Three of the company’s top salespeople &ndash; Mark Schopf, Michelle Burger and Judy Little &ndash; were in attendance and their motivation, enthusiasm for their customers and their hunger to improve shone through brightly.
It’s still a people business and the Phillips people are phenomenal.

In June, I met with Alan Sames, the managing director of Phase Office Supplies in Chertsey, UK. Sames previously served as managing director of the very successful dealer Esse, which grew rapidly in the 1980s and early 90s to reach revenue of &pound;18 million ($35.7 million) before being acquired by Ofrex Group, now Office Depot.
Well, Sames is back with a bang! Six years ago he started Phase with ex-Copygraphic top contract salesman Peter Harte.
Today, as focused and determined as ever, Sames has Phase steaming along nicely with revenue of &pound;9.5 million and 13 employees. Phase farms out its deliveries to Officeteam, so if we adjust for the &pound;1 million-per-van deliveryman best practice standard, it is running at &pound;432,000 per person, not that far behind Euroffice, the world leader.
What’s more, Sames is planning to double sales over the next five years. These seasoned professionals have got energy to burn!
Essentially Esse
Sames started Esse back in the late 1970s with his partner David Embury. They started out in Embury’s garage. Embury was the nice quiet one. He looked after the operations admin, stock control and distribution while supersalesman Sames went out selling, looking to land commercial accounts.
Sames was trained in the high pressure atmosphere of Olivetti. Successful there, he wanted to transfer the skills he had acquired to running his own company and extending beyond a single dimension of products to the wider world of stationery supplies, as it was back then.
I met the Esse team shortly after I took over leadership of Spicers’ southern sales and distribution operations in 1980. Esse was going places. I was fortunate enough to rely on a number of dynamic dealers serviced from our Park Royal Distribution Centre, but none more so than Copygraphic, led by Peter Tilley, in Chiswick and the Esse duo.
Sames was the driving force &ndash; an impatient, irascible perfectionist and almost fastidious. But at the same time he delivered with care and kindness. He looked after his accounts like no one I have met since. The customers’ champion would have no hesitation in transferring the pressure onto Spicers, if he felt that we were at fault on service.
Sales grew rapidly in those days from zero to &pound;5 million in the early 1990s. Esse was lean in operations, relying heavily on Spicers. It wasn’t exactly stockless, but if the model had existed in the 1980s, you have to believe it would have been a founding member.
The consolidation phase
In 1992, the OP dealer community in the UK, as in the US, was going through a consolidatory phase &ndash; well that was the negative effect anyway. The power channel was rolling up dealers all over the place. Esse, now based in Weybridge, made a bold contrary move. It joined forces with the top stationery sales talent in the area with a plan to combine sales skills and rapidly grow the business for resale. It was a massive challenge.
Sales grew swiftly to &pound;18 million by 1995, fuelled by the addition of even more disaffected high performing salespeople from the emerging power channel &ndash; sound familiar? The re-energised Esse happily accepted the boost.
Ofrex Group, a rapidly growing superdealer led by the legendary Roy Cowan, was watching developments closely. Esse was sold to Ofrex in 1995. Embury retired and Sames continued in a key account director’s role. A short time after the deal, Ofrex in turn was acquired and absorbed within Guilbert Group, now Office Depot.
The re-invention phase
Sames made no secret of the fact that operating within a corporate structure was not his ideal method. His entrepreneurial spirit was diluted, but not dimmed. Then in 2001 he decided to do something about it. He joined forces with ex-Copygraphic top sales managers Peter Harte and Paul Farrow &ndash; both of whom were vital to the Esse sales surge.
They quickly decided upon a lean stockless model to release Sames into the field with Harte controlling the operational detail. The parallels between Embury and Harte are not dissimilar &ndash; both are passionate about customer service, and just get on with the execution of the important service details.
Who would be its stockless logistics/distribution service provider? They looked at the Spicers model but decided to go down the OyezStraker-created, PALS route. Most logistics and deliveries are managed by the Officeteam (then Office Fleet) service for a set fee backed up by Spicers and Kingfield Heath.
The PALS partnership works very well reinforced by Oyez Straker’s commitment to "100 percent reliability", which has provided "unbeatable service", according to Sames. "This has enabled me to focus clearly on selling and account management." And boy, does he focus! I met with Sames two years ago, when sales were &pound;3.5 million. Now they are running at &pound;9.5 million and rising fast.
Sames’ selling approach, as you might expect, concentrates on the single-source proposition for medium to large-sized accounts &ndash; saving time, money and space to gain productivity for clients, for approximately 100 accounts. There are four other salespeople in the team plus five customer supports and a buyer. Most of these key executives are former Ofrex and Copygraphic employees.
Sames is as energetic and ambitious as ever. His philosophies haven’t changed either. When asked what makes Phase different he responds straight away with the usual answer "personal service". Before I can say, "But all dealers say that", he anticipates me and qualifies his response with convincing emphasis: "So often stated, so seldom delivered." I know exactly what he means and that will be the Phase edge. There’s nobody better.
Rapidly increasing sales have fuelled plans to achieve revenue in excess of &pound;12 million in 2010, and more than &pound;15 million by 2012. This shows that Sames’ ambition is undiminished. 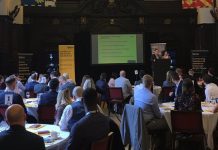 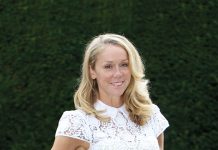 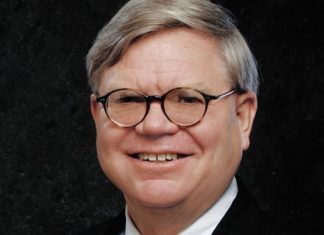