Following news that eight major United Office Products dealers left the dealer group to form a merged entity known as the ‘Challenge Consortium’, the new group has been formalised through an official news release.

It says: "The Challenge Consortium has been formed by like-minded dealers that want the opportunity to determine their own future, and feel that the various dealer groups restrict that opportunity. In the short term, the consortium will be concentrating on setting up purchasing agreements for major product areas, and producing a new exclusive catalogue."

The splinter group plans to combine resources for purchasing and general catalogue production, for which it has entered into an agreement with Kingfield Heath. But the entity will take on no official staff members and will have no bearing on the strategies of the individual dealers. The dealers are "determined to retain their individuality, and currently have no plans to set up any central operation," says the release.

"Any negotiations will be carried out by the individual dealers and agreed by the consortium," it adds.

To date, the dealerships involved are: Irongate Group, JPS, Tindalls, Liander, Warrens, Officeset, Malcolm Andrew and JS Copsey. Previous to being in United, they were all Officeteam members.

United Office Products was formed last October from the dealer groups that made up Momenta – Officeteam, OfficeSmart and OSTAline. 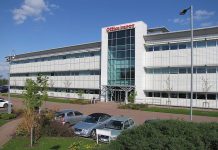 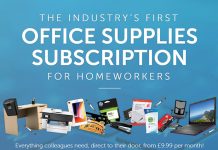