12 October 2004 – Tokyo (JPN): The world’s second largest retailer Carrefour is looking to sell off its Japanese operations, with Wal-Mart tagged as a potential buyer, as its European business slumps in the face of increased competition.

The potential sale of its eight Japanese outlets, which sources close to the company say could generate as much as $400 million, makes the French company one of the highest-profile retailers to pull out of the Japanese market.

Wal-Mart and Tesco have been trying to expand into the Japanese market for a while, which is notoriously tough for foreign retailers who struggle to cope with operational differences such as limited floor space.

Carrefour, which found Japanese business to be slower than expected, has now shifted the focus of its Asian operations. Last month it announced it would invest 250 billion won ($218.3 million) in South Korea and, like other large retailers, it has shown a strong interest in China’s burgeoning $240 billion retail sector. 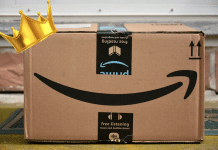