16 December 2004 – Tokyo (JPN): Canon is expected to achieve a net profit of &Acirc;&yen;370 billion ($3.6 billion) in 2005, hitting a record high for the sixth straight year, according to a report by Japanese news agency Jiji Press.

The figure, which would be up 10 per cent from 2004, is said to be down to solid demand in the company’s network-related equipment, colour laser printers and digital cameras.

Despite this, Canon will have to bear the brunt of rising material prices, which are expected to impact earnings over the coming year. 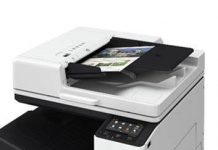