12 September 2006 — Tokyo (JPN): Canon is to inspect and provide free part replacements for approximately 1.87 million personal copiers across the world due to a potential fire risk.

Six cases have been reported to the company since 1992, the most recent of which was reported in July following a copier catching fire in western Japan.

The company expects the cost of inspecting copiers will reach ¥200 million ($1.7 million). 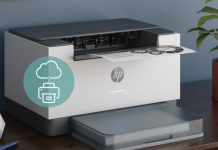