After a fiercely contested election, George W Bush will carry the mantle of the most powerful man in the world for another four years. But is it good news for the OP industry?

Spare a thought for the earnest if somewhat uninspiring John Kerry who settled down in front of his TV on 2 November with a group of old army buddies buoyed by a host of exit polls all but crowning him as the next President of the United States. Sadly for Mr Kerry, the polls were wrong, again, and political anonymity rather than the Washington hot-seat now beckons.

On the face of it, George W Bush’s victory was another squeak for the incumbent, although a closer look reveals that he actually won the popular vote by a clear margin of 3.5 million. A fact made even more relevant by the constant ridicule that he has faced over the last four years for failing to win the popular vote. Even his tormentor-in-chief Michael Moore conceded prior to the election that you can’t argue with a President that wins the popular vote.

So, with the dust settled on another typically vicious election campaign and the spin doctors back on their leashes, what will four more years of ‘Dubya’ mean for the OP industry and how does it view the result?

No one in the OP industry has had as much dealings with the Bush administration over the last four years as NOPA/OFDA director of government affairs Paul Miller. He has been at the forefront of a campaign to open up government OP supply contracts for small business and independent dealers and has enjoyed much success. He has no doubt that the election result was good for dealers and will mean he will approach his visits to Capitol Hill with renewed positivity.

He says: "As far as the results go, I think it was a pretty good day for our industry. We are a very bi-partisan organisation, but when it comes down to the issues, we have had many Republicans step up and champion our cause. I don’t want to give the impression that Democrats haven’t done that because a good number have. It’s just when it comes to the presidency we have had more success dealing with this administration than we had with the Kerry camp, with which we have dealt on a number of small business issues to no avail."

Miller is also enthusiastic that Bush’s clear victory this time around will make the situation even better.

He explains: "We are excited about the start of the 109th Congress as we hope now that the close margins are gone and the President has his so-called ‘mandate’ that we will see action on major issues impacting this industry like healthcare reform. For us this President has been a strong supporter of Association Health Plan (AHP) legislation. It is our hope that he will use the political capital he claimed to have gained by this election for issues such as this. AHP legislation is critical to our dealers and all small businesses. We hope the new margins in both chambers help us finally push this through."

So is it all sweetness and light as the small business community embarks on four more years?

Not quite. Miller issues this cautionary note: "The problem I see for this Congress and administration is that old wounds are not healed from the last Congress and election and we may end up with more fighting and a nasty all-out partisan war," Miller warns. "This will not be a good start for our industry or the country. I think the first test of the healing everyone talks about will come in the early stages if Chief Justice Rehnquist does have to leave the Supreme Court sooner rather than later. If President Bush picks a controversial nominee, I would venture to say winter will come early and stay late this year as the chill and partisan war will have begun. I hope I am wrong and things can get done."

Above all, Miller has urged all the industry to get involved and make a difference. He adds: "There is too much at stake for dealers and manufacturers to sit on the sidelines. We have some big issues still to confront in the New Year and we will only be successful if everyone steps up and gets involved."

He says: "As divided politically as our country is, I am sure I may not speak for every member of AOPD, but, from an industry-specific perspective, AOPD is pleased with the re-election of President Bush. Independent OP dealers stand to benefit from a pro-small business agenda.

"This administration’s support of association health plans, reform of federal government procurement, and the general policy support of small businesses should boost overall economic growth and further free small businesses like independent OP dealers to grow and create more jobs. We now feel that, with even stronger Republican majorities in Congress, there is a better chance for some of these initiatives to be passed into law."

Leazer is also hopeful that a Bush second term will improve the atmosphere for "reaching across the aisle" to work with Democrats who have supported a pro-small business agenda.

From a Staples point-of-view, spokesman Owen Davis simply says it is good to move into the post-election phase. He says: "Regardless of one’s political views, moving from relative uncertainty before the election to certainty has got to be good for consumer confidence."

From the manufacturing side, GBC CEO Dennis Martin echoes the Staples view that it is good to get past the election and move on. He says: "We are very excited about the immediate resolution of this close election and that both sides are now committed to bringing the country together. We anticipate that this will have a positive impact on our economy which, in turn, will bring a quick steady recovery."

He explains: "Bottom line is that Bush is good for business. I am concerned, however, about the growing rift in relations between the US and its foreign trading partners affecting our business, as well as the business of other US manufacturers overseas. Remember that 55 million Americans did not vote for Bush and that is a clear signal that there are a lot of dissatisfied citizens that oppose his views, especially on the war."

Arends also points out that Kerry received the second largest vote count of any candidate for President besides Bush, also in this election. As Arends explains "in other words, if it had been other years, Kerry would have got elected". 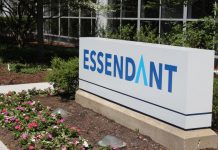 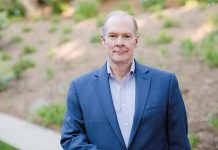