Industry experts have reacted with unease to Buhrmann’s latest financial results, which revealed that Q4 sales at Corporate Express (CE) North America fell to &euro;763.6 million ($991.6 million) from &euro;809.8 million a year earlier. And for the year, the division’s organic sales grew by only one percent from &euro;3.04 billion in 2005 to &euro;3.18 billion.
In a statement, Buhrmann president and CEO Frans Koffrie admitted: "We are disappointed with our North American performance in the fourth quarter. While completing the centralising of back office functions and implementing a new organisational structure, we did underestimate the impact that such temporarily increased internal focus would have on new business generation. Combined with unexpectedly soft December sales, this resulted in a decline in organic sales for the quarter."
Just days after the release of the disappointing figures in February, Koffrie faced an awkward earnings conference call with analysts and appeared to be put on the defensive on a number of negative influences that have affected the company.
He opened the conference event, with the comment: "With hindsight, I think we have underestimated the fact that all the changes that took place during ’06 on our salesforce were stronger than we thought originally. I think for a period our salespeople have been very much inward looking instead of outward looking. You have to see it this way… Every year there’s a percentage of sales that you lose. There are always customers that decide to buy elsewhere. You compensate it by new wins. Of course normally the new wins are higher than the losses and therefore there is a growth in sales, next to, of course, more usage per existing client.
"In fact what happened in Q4, that the percentage of losses was normal, nothing special, like we see every quarter, but the wins were lower than normally. And that was directly related to this, well, eyes off the ball of our salesforce for the period.
"On top of that, the last week of the [year], between Christmas and New Year was extremely weak. We don’t know exactly why, but it was across the board. In large clients, healthcare, in small clients, medium-size clients, everywhere we saw very weak development in that week."
When challenged as to why previous statements had claimed internal reorganisation had not hampered revenue growth, Koffrie admitted: "I think at the end of Q3, we claimed victory… the disruption is over and we’re going to grow. I believe with hindsight that we have claimed victory too early. We have underestimated the effect it had on our salesforce, many changes, changes in reporting lines, changes in responsibility for product groups.
"We have, I think, underestimated the fact that it had an effect, not so much with the very large clients, because these are contracts that run through, but especially on the local large clients and the local medium size and small clients.
When asked to explain the company’s sudden dip in performance, Koffrie said: "It would be too easy to claim the market, so that’s what we do not want to do.
"Of course we have the feeling that the market is a bit softer than a year ago, but still there are relatively benign conditions. The economy is still growing. Employment is growing. So there could be some pressure on the market but we really cannot say our underperformance is because of the market; that would be too easy. So we say there might be something through the market, but the main effect is because of our own performance."
And he added: "Our level of activity in October and November in hindsight, especially in the local business, has been too low to have enough wins in November and December to compensate for the normal losses."
Interestingly, despite the seismic fall-out of last year’s middle management re-organisation in the company’s North America division, Koffrie refused to rule out further changes. He said: "We’re trying to do whatever we can to have a positive effect on gross margin. Private label will continue. We continue with our programmes on the buying side. We continue to focus only on profitable growth. And on the cost side, although we’re not thinking about any new big restructuring… I think it’s too early to conclude that."
When asked for his view on the recent price increases from some office products producers, Koffrie told the meeting: "We have had some increases. But if you look at the total of all product categories, it’s not a huge increase. If you have price increases, it can hurt you for a short while but after that the good news. The good thing is that, I think, different from paper, many contracts we have do not have the clauses that prevent you from passing it on quicker. So that’s a bit easier than with the paper prices."
However, despite the turbulent session, Koffrie did try to offer some crumbs of comfort, saying: "For ’07 we are optimistic for two reasons. First of all, there’s still healthy demand because of the new technology that is on the market right now. And, secondly, the order portfolio is well filled and higher than last year." 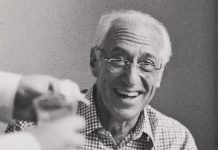