When I joined OPI in August 2002 (how time flies when you are having fun) the first person I heard about was Tom Stemberg. Father of the OP industry. The rock that the OP superstore concept was built on. Entrepreneur and icon. Stemberg and his clutch of monikers have cast a shadow over the industry since he created Staples in 1986.

His decision to step down as CEO of Staples in February 2002 (handing over to Ron Sargent and his midas touch) meant that he has been guiding the company from the shadows. Making rare personal appearances, such as to promote Staples’ joint venture with Chinese firm OA365.com, the chances of me actually meeting Stemberg seemed to be slim to none. It was quite an exciting moment then, when he agreed to speak at the European Office Products Awards in Frankfurt in January, at the time of Paperworld.

Briefly greeting him as he entered the venue, I was pleased to discover that for all his achievements, he seemed very amiable and clearly good company to be in. I came to consider this meeting quite fortuitous as a couple of months later, it was announced that he was giving up his current role as chairman and effectively stepping away from the firm with the honorary title of chairman emeritus. On the night of the awards the famous Stemberg charisma was on full display, to use a clichÃ© he had the audience eating out of his hand during his introductory speech. The audience even forgave Stemberg some pretty ruthless ribbing of some old foes (Bruce Nelson and Eric Bigeard stand up) and an array of questionable accents when telling an Englishman, Scotsman and Irishman joke. The personality that gave birth to an industry was fully evident. Stemberg’s theory behind the market for an OP superstore concept was simple. "We were going to buy the way the big guys did and sell at the lowest prices to the little guys," he remarked at the genesis of the project. And so it was that in Brighton, Massachusetts, in May 1986, the first Staples store was opened. A day that – although certainly not welcomed by the many independent dealers who have been under pressure ever since – certainly changed the face of the OP industry forever. Just four months after the opening of the first Staples store, the company that would become its grand competitor, Office Depot, opened its first outlet. Interesting to note that almost 20 years later it is still playing catch-up. 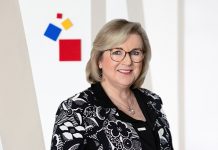