When Europa Office appointed paper merchanting group Antalis UK as its logistics provider last May, it seemed like a good decision for both parties. The move would result in improved service levels and lower costs for Europa, which would concentrate on direct contracts, and negotiating and buying brands. It would also result in a broader wholesaling presence for Antalis.
Antalis certainly did well out of it. Already a supplier to several of Europa’s dealer group members, it had the chance to turn itself into a more general line wholesaler. But Europa’s own decision sounded its death knell. With the loss of its warehouse and delivery business, Europa was denied its primary raison d’&ecirc;tre. It also lost one of its largest shareholders, Advantia, last October when the dealer group partnered up with Spicers.
So perhaps the announcement that the purchasing company is shutting its doors in July comes as no surprise. Nevertheless, the CEOs of Europa’s three joint shareholders, dealer groups Integra, Nemo and United, claim the closure was not an inevitable consequence of Antalis scooping Europa’s logistics business.
Projects
In a joint statement, Rick Needle, Adrian Wallis and Chris Lee simply said that they had been reviewing their services and costs since last year’s changes and decided that it was necessary to take out the duplication in order to continue adding value to their dealers in a cost-effective way. The groups will continue to work together on a number of joint projects and particularly with BPGI, they added.
BPGI CEO Jim Preston said: "I’m delighted that the member groups of Europa continue to recognise the value that BPGI brings to their dealers as they restructure their business to meet their current internal needs. They are valued partners and significant contributors to our global success."
The purchasing that Europa dealt with will now be divided up between the three groups, with an appointed purchasing director for each group, OPI+ revealed. A review of the restructuring process is expected in six months’ time.
"It was not obvious that Europa would shut down. It is simply business moving in cycles," said Integra’s Rick Needle. "We have been looking at the options for some time and in reality, a headcount of six in one location is just an overhead that we didn’t need."
Costs
"Once we looked at the overall costs, something had to change," added Nemo’s Adrian Wallis.
Neil Basham, managing director of Europa Office, claimed he was not surprised by the decision of his shareholders. "It is not a surprise in this day and age," he said. "The Antalis announcement was a big change and the board has to constantly review changes at Europa… It is not for me to comment on whether the sale of the logistics contract to Antalis was a good move or not, but Europa’s closure wasn’t inevitable, it was just a reflection of how things were going."
While Nemo and Integra enjoyed fairly sturdy success in 2005, United’s membership tumbled from 45 this time last year to its current 28, mainly because a high number of members broke away to form splinter group Challenge Consortium.
But United’s Chris Lee claimed his group is now through the worst and that the problems experienced last year had no impact on its ability to fund Europa.
"Europa was self-sufficient and we all had money in there. Europa had just run its course.
"We’d seen the writing on the wall for the last two years," he added. "You either have to be a complete wholesaler or not. Dealers today want to be a one-stop-shop… Once the wholesaler lost its wholesale operation to Antalis, it had less importance."
Competitive
But although the Europa era has come to a close, its impact on the UK industry will not be forgotten. The purchasing company, which in its heyday turned around approximately &pound;100 million ($174 million) a year, has added significant benefits to its members over a number of years. It also helped to make wholesalers, which were losing share to Europa, more efficient.
"Europa added a new dimension for dealers and created a competitive edge in the market," said Lee. "But I am not sorry to see it go."
"I am disappointed but proud of what Europa achieved," added Basham. "It benefited members of the groups significantly and brought the groups into the BPGI organisation. But the market changes and we have to move on. There is no place for Europa in the future." 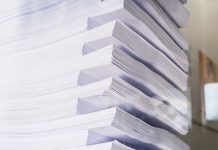