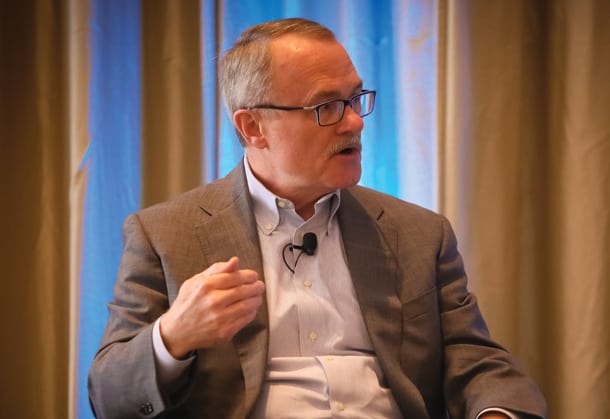 Retail woes – and not just in the office supplies channel – have been well documented over the past few years, but as consumer electronics retailer Best Buy recently showed, turnarounds can be achieved with a focused strategy and strong execution.

Staples isn’t quite there yet – retail is not the only string to its bow, of course – but it’s not far off as it accelerates its beyond office supplies (BOSS) strategy. Massive SKU expansion, a vertical markets focus, large digital commerce investments and store network optimisation: Staples is leading the charge on a number of fronts as it aims to reinvent itself as, in the words of CEO Ron Sargent, “the destination for every product that businesses need to succeed”.

At retail, the 3% comparable decline at Staples’ US stores in the third quarter was entirely due to lower customer traffic, so actually getting people into stores remains a key issue. Stocking Apple hardware would be a major boost in that respect, and Staples continues to edge towards that goal as it expands its relationship with Apple to the online channel in the US.

During the Q3 earnings conference call, North American Stores and Online (NASO) President Demos Parneros said that the relationship with Apple was “moving along just fine”, but that there was “a little more work to do” before he could talk about being able to stock iPhones, iPads and iPods in Staples’ stores.

Staples added 70,000 new products to its .com assortment in the third quarter as in on track to reach its target of 300,000 online SKUs by the end of the year. Sargent gave more details of Staples’ verticals strategy as it targets specific business sectors. Schools (early education products) and retailers (retail point-of-sale supplies) have been two of these and now Staples is adding more than 20,000 products aimed at the restaurant vertical.

Sargent revealed that these new BOSS categories are adding $3 million per week in incremental sales on the Staples.com, Staples.ca and Quill.com sites, while adjacent categories such as furniture, facilities and breakroom, print and promotional products will account for about $200 million in incremental revenue in the North American Commercial (NAC) division this financial year.

Declines in traditional categories – which are still happening faster than expected – as well as investments in online initiatives and new categories – have hit profits and are being paid for with more aggressive restructuring actions. More than 1,400 jobs were cut in the third quarter, including about 15% of VPs and Directors in North America. About half of the redundancies were from the International division, including a further 600 from Europe in addition to the 1,000 positions that have already been eliminated in the past 12 months. In all, the European workforce will have been reduced by about 20% over a two-year period.

In North America, some traditional OP sales reps have been replaced by adjacent category specialists in what is being called a “reinvention” of the contract sales force as Staples looks to accelerate its BOSS strategy amongst corporate customers. The changes haven’t finished either. Mike Patriarca has been drafted in from Quill.com to fill the new role of SVP of Global Transformation, and he will lead an initiative aimed at further reducing costs.

Commenting on the recent Office Depot/OfficeMax merger, Sargent said the “disruption” caused by this transaction would benefit Staples, and the NAC division reported strong customer acquisition and retention rates – although these weren’t specifically attributed to the merger. NAC President Joe Doody said the focus during the next few quarters would be to drive increased sales with existing customers as part of the BOSS strategy.

In the US, Staples is virtually synonymous with ‘office supplies’ – while it’s great to have that strong brand recognition, it’s also a bit of a millstone around the company’s neck as it looks to achieve credibility in other product categories and services. That’s why Staples is preparing for a major brand relaunch in the new year. Details haven’t been released yet, but it is set to be the biggest campaign since the ‘That was easy’ tagline was introduced ten years ago. 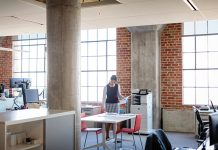 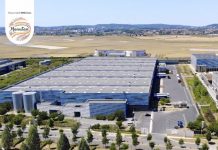