Staples provided an update of its strategic plan during today’s earnings conference call.

Anyone who has lived in or visited the Middle East may be familiar with the expression ‘bukra insha’allah’, which literally translates into ‘tomorrow, God willing’ and is a common answer – often combined with a shrug of the shoulders and a look to the heavens – you will receive if you want to know when something will happen or get done.

It’s also probably an appropriate response to the question of when we will see a turnaround in the fortunes of the big box office suppliers as they continue to implement strategies to offset – among other things – global economic problems, secular declines in traditional OP categories and the rise of e-and m-commerce.

Today it was the turn of Staples to provide us with an update at its third quarter results conference call. It was a highly anticipated call as it was the company’s first webcast since the unveiling of its strategic plan back in September when changes in North America and, in particular, Staples’ International division were announced.

Staples’ new Europe President John Wilson was present at today’s conference call. He’s only been in the job a few weeks but has already relocated to Amsterdam. He said that staff morale in Europe was better than he had expected and praised the "strong team" already in place there. However, he said that issues and opportunities needed to be dealt with with a greater sense of urgency and discipline. He also pointed to the need to reduce complexity in Staples’ European operations over and above the normal challenges of working in multiple markets with different languages and cultures.

In terms of specific details of European restructuring, Staples confirmed the closing of six retail stores in Belgium, as reported in OPI last month. About half of the total of 46 store closures in Europe are to come in the UK, it was confirmed, leaving approximately 18 further stores to be closed by the end of the year. This means that Staples has decided to maintain its presence in the Portuguese retail space, where it currently has around 35 outlets.

International President Mike Miles said that Staples had identified about half a dozen sub-scale delivery markets which would be operated out of neighbouring countries. For example, the Danish market will now be serviced out of Sweden. He said that works council negotiations were taking place in other countries and that he wasn’t able to provide further details at this time.

Other reductions in Europe are set to come in areas such as real estate and purchasing, Miles said, as Staples looks to find more synergies between its International and US operations.

Certainly, International is in downsizing mode as the prospects for growth in the near term seem slim. European sales were down 5% in local currencies in the quarter. Retail same-store sales fell by 6%, the European catalogue business was down in the mid-single digits and contract sales fell in the low single digits. In Australia, sales fell in the double digits.

The European business recorded over $770 million in non-cash goodwill impairment charges in the quarter – $303.3 million related to retail and $468.1 million to the catalogue business as Staples projected further sales declines in both of these channels.

In its 10-Q regulatory filing accompanying today’s results, Staples revealed that it had still not resolved its dispute with Indian joint venture partner Pantaloon. Pantaloon and other shareholders are trying to exercise a put option which would require Staples to acquire the 60.5% of the business it does not already own. Staples is disputing the valuation of $89 million placed on the Indian business by two valuation firms. Negotiations are still at a ‘good faith’ stage and have not yet gone to arbitration. Staples has said it may have to recognise a "material" loss if it is forced to acquire the business at the current valuation price.

Other key takeaways from today’s conference call are below.

CEO Ron Sargent provided an overview of the strategic plan which is based on four growth platforms: expanding the assortment, a focus on online growth, redefining the omni-channel experience and accelerating the growth of product-related services.

Key new product areas include safety and industrial supplies as Staples works towards the vision of "every product your business needs to succeed". Sargent said Staples had identified five vertical markets it would go after, but didn’t say anymore, joking that if he did then he’d be revealing competitors’ strategies six months down the line.

The number of products available on Staples.com is set to reach almost 100,000 by the end of the year. The online push has had a negative impact on margin as Staples looks to win more business through aggressive pricing and incentives such as free shipping (98% of US customers already benefit from free shipping), but is having a positive impact on overall profit dollars.

Staples is not stocking all these products, so its product expansion strategy is likely to be a boost for wholesale suppliers such as United Stationers.

Staples is looking to its supplier partners to help it achieve cost savings and held a conference with its top suppliers in the US a couple of weeks ago.

Ron Sargent was coy after one analyst suggested that Staples could be interested in acquiring Office Depot’s stake in its Mexican joint venture with Gigante. Sargent recognised the success of both Depot and OfficeMax’s operations in Mexico and said that it was important to find the right joint venture partner. Could Staples be preparing a move into Mexico to try and offset declines in other international markets?

Overall, the third quarter followed the similar recent pattern of a solid performance in North America contrasting with major challenges in the International division.

Obviously, it will take some time for the effects of restructuring actions and strategic decisions to be felt. Staples does have a bit of a head start over its two big box rivals in the US with areas such as product diversification (think breakroom and janitorial) and its online presence (it is the second biggest e-tailer in the US behind Amazon), but when will these initiatives start to drive the kind of growth that, for example, MRO resellers such as Grainger have been able to achieve? 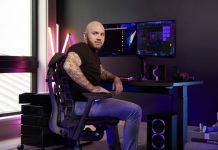 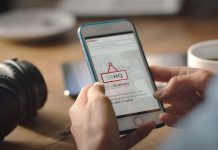 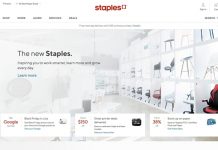