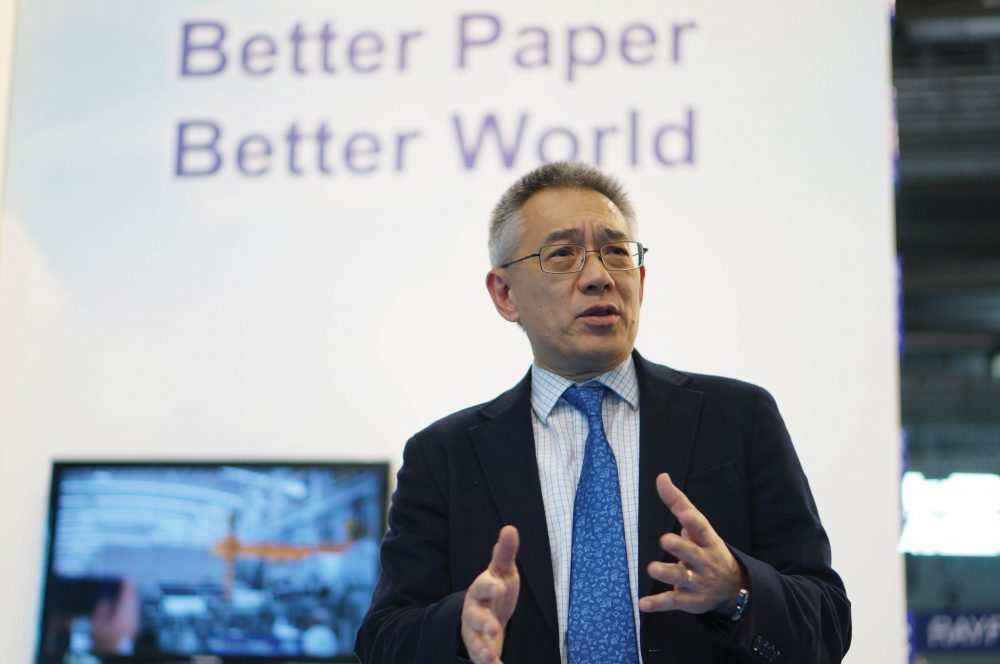 OPI: It’s been just over a year since the Alizay acquisition. How has everything gone since then?

Thirawit Leetavorn: It’s our first production foray outside Thailand and I must say we were pleasantly surprised at how fast we were able to get it back up and running. Four months after the acquisition we started production and then by August we went into full production. The experience has been a very positive one.

OPI: And now you have acquired the pulp mill at Alizay?

TL: That’s right. It had become available and it made sense to look at the pulp mill and the co-generation licence which will give us a fully integrated facility. We hope to have the pulp mill operating in the first quarter of 2015.

OPI: So you will import your wood chips from Thailand?

TL: Yes, Double A will only use pulp originating from our sustainably farmed trees in Thailand.

OPI: And how much pulp will you be producing at Alizay?

TL: About 270,000 tonnes, which fits the requirements of the paper mill.

OPI: Most paper manufacturers in Europe are reducing capacity. You’re adding 270,000 tonnes into the market – some might see you as a disruptive force.

TL: We don’t mind that ‘disruptive’ tag at all, but it’s too simplistic to view us as just bringing in capacity. You’ve got to really view us as bringing a different way of looking at the paper market and aiming to create value.

OPI: So how are you different?

TL: It’s all about how we communicate with consumers. If you look at all the catalogues in the European market, the first thing they tell you is the weight of the paper and how white it is. What has that got to do with anything? They should be telling consumers the direct benefits of using that particular paper, such as saving time and money.

OPI: And that’s what you do with Double A?

TL: It’s something we have been very successful with in Asia and we’re now bringing the message to Europe, North Africa and the Middle East.

OPI: I imagine that the French market was a natural first choice?

TL: Yes, it was. We have been running a very successful campaign that has generated a lot of interest from end users and the trade. Resellers want to list us because they’ve seen what we’re able to do in the market and how we’re different from the other paper mills. And they know we position Double A as a premium brand, so the power of our marketing, branding and communication effort – by reaching out to consumers – actually makes life a lot easier for the trade.

OPI: What about other markets?

TL: We’re making good progress in Eastern Europe. Our partners are very excited by the fact that we have a production unit in France because it shortens tremendously the lead times of their orders. This year we will really focus on the Middle East and North Africa. Our European presence means that we are now much more competitive, there because we no longer have the import duties we had when we were exporting from Thailand and freight costs are significantly lower as well.

OPI: And what is your message to resellers in these countries?

TL: Come and talk to us, see what we are doing, what our strategy is and how we can fit into your portfolio.