Hewlett-Packard (HP) shut one of its main Hong Kong offices and sent home up to 300 workers on 28 March following a SARS scare. HP acted after suspicions arose that one employee had contracted the pneumonia virus that has hit the world. The office reopened on 1 April.

The company was also forced to send home all 197 employees at a technology services office in Toronto, Canada, after two employees suspected of having SARS were sent home on 1 April. The additional 195 staff were later quarantined on the orders of Canadian public health officials.

Lyreco in Asia revealed that SARS fears had affected April sales and that all sales reps and drivers were wearing masks to help combat the virus. Managing director Anders Kristiansen said: "Sales in the month of March were very good but in April so far we have witnessed a stagnation. We take the outbreak very seriously and continue to monitor the situation."

No Lyreco staff or their families have been infected by SARS but an internal company guideline regarding the outbreak has been circulated to all employees.

Asia-based reseller Saggio has supplied all staff with facial masks and cleaning supplies, including alcohol wipes for surfaces and hands. Any staff revealing flu-like symptoms are immediately sent to see a doctor.

Randall Davidson, corporate strategic supplies and marketing manager, said: "We are also supplying healthcare products, such as surgical masks, to our customers. The demand has been quite staggering."

More than 1,300 people have been infected with SARS, which is believed to have originated in the neighbouring Guangdong province. Nine people alone died in Hong Kong on one day last month. 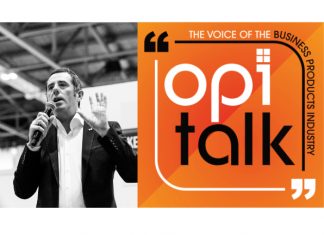 Andy Braithwaite - 25 June 2021
Brother UK Managing Director Phil Jones explains how his organisation has been planning for a return to the office, why it is implementing a...