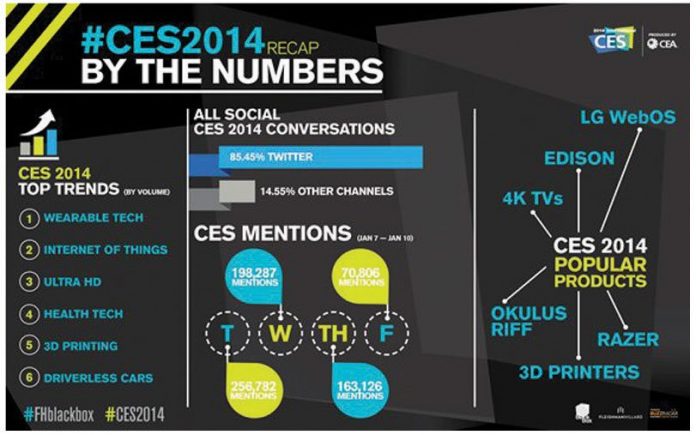 The spirit of this year’s CES event can be traced back to 1999 and the remarkable mind of one of the seemingly inexhaustible supply of British technology pioneers.

Not content with harnessing the power of RFID into a global standardised system, Kevin Ashton coined the phrase ‘Internet of Things’ or ‘IoT’ back in 1999, and it was that phrase that dominated the 2014 CES.

In many ways this is what the internet has been all about – a matrix that connects the world around us through sensors and identifiers and informs our home and office life on a daily basis. It will tell us if we’ve left the cooker on, where we parked the car and when we need to re-order that particular item at our office supplies distribution centre.

The IoT will monitor and control the physical world, and the different sensors will talk between themselves more than they talk with their human connections.

And this is already happening with thermostats, car keys, refrigerators, televisions and ATMs among many other devices. In fact, by 2020, Gartner believes that there will be nearly 26 billion devices on the Internet of Things, or the Internet of Everything as Cisco Systems likes to call it and did so at its keynote presentation at CES 2014, hosted by controversial US comedian Sarah Silverman.

Describing the IoT as a $19 billion opportunity, Cisco boss John Chambers said: “This is not about technology at all. It’s about how it changes people’s lives forever.”

If this all sounds a bit too close to the computer ‘Skynet’ system from the Terminator films that becomes self-aware and brings about the apocalypse to wipe out mankind then, well, I’m afraid it is.

When it comes to connected homes, the Staples Connect platform found itself demonstrating against some other big box retailers, such as the Lowe’s Iris platform, at the show and coming out on top in most observers’ opinions. Staples and its tech partner Zonoff seem to have really hit this out of the park by getting new partners on board, such as Centralite and Netgear, integrating with a robust set of external devices and being affordable and without a monthly fee.

3D was also popular at CES this year with 3D scanners, 3D printing and interfaces. In particular, Matterform unveiled the final release model of its 3D scanner at an affordable $579 and this impressed most onlookers.

Also very visible at the show was 4K – as in 4K resolution TVs and home projectors – although surprisingly perhaps there is still a problem with prohibitive pricing for the new hi-res trailblazer for the office environment.

Alongside the dominance of the IoT concept, the show was also rather taken by ‘wearable technology’. This is really an alternative to what we might rather sheepishly call the ‘carry-able’ technology of smartphones.

We’re talking smartwatches here, and the real under-the-radar star of the show in many ways was the Omate TrueSmart smartwatch. This remarkable bit of kit is part watch, part digital assistant and fully functions on its own without having to connect with a smartphone, which essentially turns some smartwatches into merely a bluetooth ear piece on your wrist.

It’s a standalone smartwatch that presents a genuine glimpse at the future with its market-leading voice recognition software courtesy of Nuance’s Dragon voice recognition technology. Omate CEO Laurent Le Pen said: “The Dragon Mobile Assistant demonstrated on the Omate TrueSmart showcases how intelligent assistants are creating a new generation of wearable devices. The ability to simply speak to the device on your wrist to send emails, text messages, set reminders and search the web is an incredibly compelling experience.”

Indeed, there was a very real feeling at CES that 2014 would be the breakthrough year for smartwatches and smartbands. 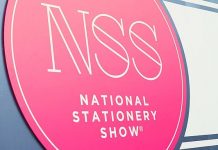 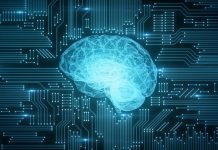