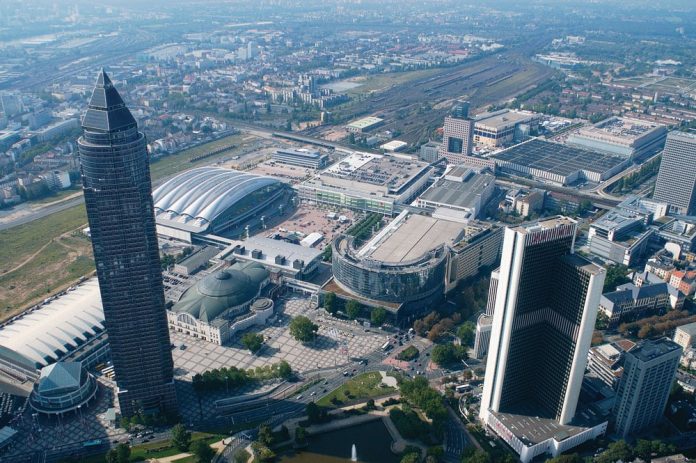 At a highly anticipated international press conference at this year’s Paperworld event in Frankfurt, organiser Messe Frankfurt revealed that, beginning in 2015, the show will include a hall dedicated to the members of two German office and stationery trade associations.

Messe Frankfurt said that it had reached an agreement with two German trade associations – PBS Industrieverband and Altenaer Kreis – that will see their non-overlapping membership of about 45 companies able to exhibit in a separate hall in 2015.

The agreement with PBS Industrieverband and Altenaer Kreis will see this German associations hall concept employed every two years, although Messe Frankfurt stressed its commitment to holding Paperworld every year.

Certainly, the organiser is desperate to attract more German brand manufacturers – formerly ever-present exhibitors at Paperworld – back to the show after something of an exodus, especially this year.

However, Messe Frankfurt stressed that it was not just about German brand names, but members of the two associations – and these include international brands such as 3M, ACCO, Acme, Avery, BIC, Exaclair, Hamelin, Leitz (Esselte) and Tombow. Their German subsidiaries are members of these associations.

Whether that will be enough to attract some of these brands back to Paperworld remains to be seen. Several German manufacturers had already spoken publicly about their intention to exhibit biennially at Paperworld. It is therefore difficult to see this “new concept” as anything else than simply ‘moving the furniture’ in what some vendors have criticised as a protectionist move to appease some influential members of the German manufacturing community. It certainly appears to go against the international aspect of Paperworld that Messe Frankfurt is so keen to highlight.

Those – including OPI – who were hoping to hear details of an initiative addressing the wider challenges of the office sector were left disappointed by Messe Frankfurt’s announcement. We, for a start, had expectations of a programme aimed at attracting a wider range of workplace product vendors and service providers.

We can perhaps still hold out some hope for a proposal that addresses these issues for 2016. The agreement with PBS Industrieverband and Altenaer Kreis, remember, is for every two years. That will leave a free hall in alternating years which Messe Frankfurt will somehow look to fill.

The show organiser referred to “a solution” having been discussed for these years, but is so far keeping tight-lipped on what this might be.

In addition, Cordelia von Gymnich, the Messe Frankfurt VP who is now responsible for Paperworld, has only been in her post for a few months and is still on something of a learning curve with regards to the office and stationery industry. We would certainly like to see a ‘Workplace Innovation Forum’ or something along those lines.

Before we get anywhere near that stage, however, Messe Frankfurt has to address the question of which hall will be used for the German associations in 2015. It seems highly likely that the members of these associations will have their eye on the coveted Hall 3.0, where many of them have traditionally exhibited.

That, though, is bound to upset current 3.0 exhibitors that aren’t members of one of these associations, and Messe Frankfurt will have to show strong diplomatic skills if it doesn’t want to drive away a number of international exhibitors.

Of course, this could be good news for the membership prospects of PBS Industrieverband and Altenaer Kreis!