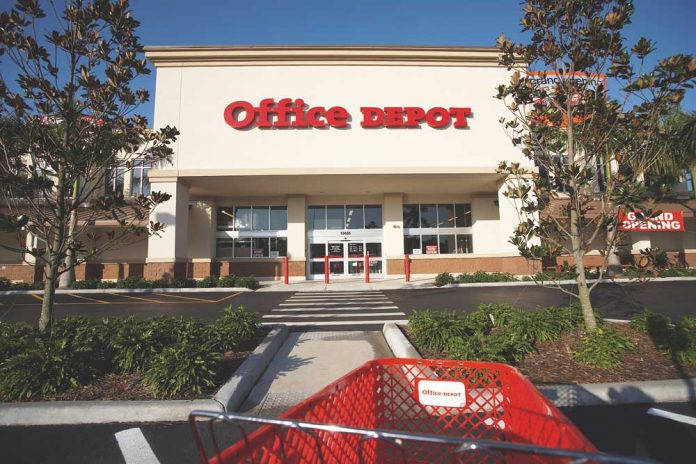 Office Depot has said it expects to close at least 400 US stores by the end of 2016 as part of its integration with OfficeMax. Revealing the figure as Depot released its first quarter earnings, CEO Roland Smith said that 150 stores are set to close this year – although not until after the important back-to-school period.

“The overlapping retail footprint resulting from the merger provides us with a unique opportunity to consolidate and optimise our store portfolio, while maintaining the retail presence necessary to serve our customers,” said Smith.

The 400+ closures represent an “initial group” of stores identified during a preliminary phase of a three-stage US retail store optimisation plan. An update on the total number of closures is due to be given in July. The third stage of the plan will see the development of Depot’s ‘store of the future’, something which will be closely aligned to the highly anticipated ‘unique selling proposition’ (USP) that should also be revealed soon.

This USP is also the subject of a three-step plan and Depot is currently defining customer segmentation before it finalises the product/service and channel strategy and then pilots the new concept – probably in the third quarter. Both Depot and ‘Max had been trialling smaller stores before their merger, so it will be interesting to see which aspects of those concepts will be kept – expanded copy and print areas, small business services, more technology products, work areas for mobile workers to use, for example.

Smith added that the total store closures were expected to generate annual run-rate synergies of at least $75 million by the end of 2016, in addition to the more than $600 million previously announced. News of the retail plan, along with better-than-expected first quarter results, were welcomed by the investment community and Depot’s share price jumped by over 15% as a result.

However, as Jefferies analyst Dan Binder pointed out, those $75 million in synergies will be wiped out in two years’ time unless something is done to address the decline in sales. “Management needs to figure out what opportunities look like for the company beyond office products,” said Binder. “Many have tried to figure it out before with little success, so this will be no easy task.”

With Staples in the middle of a major retail revamp – including the addition of several new product categories and the downsizing of traditional OP into an ‘essentials’ assortment – based on a 12,000 sq ft (1,200 sq m) store, just how ‘unique’ will Depot’s new USP really be?

The 19 retail outlets – located in Ontario, Alberta, British Columbia and Manitoba – will begin closing over the next few months. Approximately 160 employees, both full-time and part-time, will be impacted by the store closures.

“We are concentrating our efforts on ways to better serve our customers in response to their changing business needs,” said Simon Finch, General Manager, OfficeMax Grand & Toy. “Our customers overwhelmingly prefer an online experience because it offers more products, a constantly growing selection and convenient door-to-door delivery.”

The company revealed that only 3% of its sales in Canada come from walk-in store trade and that it has seen “tremendous growth” in the online channel over the past several years. OPI estimates total Grand & Toy sales to be about $400 million.

Investments had been made in the Grand & Toy retail network over recent few years to transform the stores from a traditional format into ‘business centres’ that had a more consultative approach to customer relationships. This concept could still play a part in Office Depot’s new ‘store of the future’ which is expected to be unveiled later this year.

Office Depot is to pay the state of New York $475,000 after reaching an agreement on overcharging claims. New York Attorney General Eric Schneiderman announced details of the agreement in a statement issued at the beginning of May.

The payment relates to Office Depot’s contract with the state which ran from 2008-2013 and grossed over $11.5 million in sales for the office supplier. New York alleges that Office Depot failed to honour a pricing promise to offer the state and its agencies the same or better pricing Depot was giving to customers it served on a contract with the General Services Administration (GSA).

“By failing to honour its contract, Office Depot profited at the expense of New York taxpayers, local governments and state agencies,” said Schneiderman. “At a time when municipalities across the state are struggling to meet tight budgets and fund critical services, my office will do everything in its power to ensure vendors honour their commitment to conduct fair and honest business with our communities.”

The state itself will receive about $231,000 while around $244,000 will be split between a host of other state and local government agencies that also used the contract.

Depot has not admitted or denied the allegations, but said it had agreed to resolve the dispute to avoid further protracted litigation.

“We are pleased that the State of New York and Office Depot were able to bring this matter to conclusion as Office Depot prides itself on pricing integrity,” Depot said in a letter which will accompany refund cheques to the agencies concerned.

In its quarterly 10Q filing to the SEC, Depot also revealed that is has entered a mediation process to try and settle the State of California/David Sherwin whistleblower lawsuit which was unsealed in October 2012. Non-binding, voluntary mediation is due to take place during the current quarter and a trial is currently scheduled for July 2015. The case was remanded back to the Superior Court of California at the end of January this year. 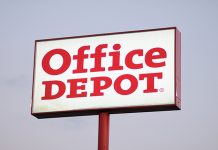 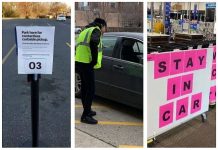