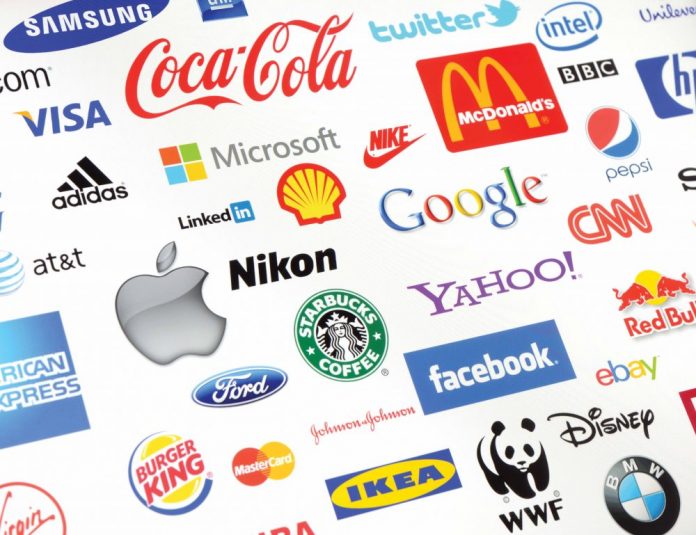 Try define your life in brands. Apart from some fairly obvious choices that cover the coming-of-age part of my life – McDonald’s, Coca-Cola, Fiat, Lonely Planet and IKEA feature heavily – it’s amazing how many OP companies enter the picture (IKEA arguably being one of them, on the periphery at least as the biggest furniture retailer in the world).

My early school years – spent in Germany – were dominated by Pelikan (the fountain pen to have at the time), Herlitz and Faber-Castell, for example. Now, certainly from a work perspective, it’s all about my Macbook (Apple is my cool redemption!), the Post-it note and the PaperPro, with BlackBerry having made a fleeting appearance.

It’s all very subjective, of course. Fact is, however, that several of the companies mentioned have been very successful at reinventing their brands time and again in order to stay relevant. Others haven’t fared so well.

How is all this relevant specifically to office products companies? The clue lies in ‘OP’ and the fact that many resellers – and distributors/wholesalers with them – have become much more than just ‘OP’ companies. Many a tagline already reflects that change, whether it’s ‘Everything for the Office’, ‘Office & Work Solutions’ or anything along those lines.

Most recently, Staples has taken the aim to be all-encompassing to new heights with its ultimately generic and new ‘Make More Happen’ tagline. Launched as part of its big North American rebranding campaign, Staples’ is perhaps the biggest recent campaign – in OP circles at least – out there. Does it signal the start of a wave of rebrands, in light of the fact that the industry is changing dramatically?

Quite possibly, says Hans Meier-Kortwig, co-owner and Managing Director of Germany-based branding consultancy GMK Markenberatung: “My experience has been that when one of the bigger players in an industry starts to change its positioning and way of branding, it’s just the tip of the iceberg and a lot of things around them – suppliers, customers etc – change as well over time.

“Take BMW as a major premium automotive brand with their BMW i activities. The sub brand BMW i was launched in 2012, but series production only began recently and it’s beginning to change how the whole automotive industry is repositioning itself. It’s not going to happen in the next five years, but in 15 years the industry will be very different from today.

“It’s like a contest that’s happening with car manufacturers selling more and more mobility solutions because that’s what customers want. Particularly people in major cities don’t have a big  interest in ‘owning’ a car, but they need and want alternative solutions. It’s changing the positioning of the entire industry.”

Referring back to office products, he adds: “Something similar is happening in the OP industry. Business models are changing, the internet is playing a major role and the paperless office is [increasingly] here. Old models are not as valid anymore as they used to be and a lot of players are asking themselves what kind of future they’re heading for. What do they stand for, what is the main demand of customers – do they want a product or a solution?”

Many would agree that Staples’ ‘That was easy’ tagline had started to look at a little tired and that a revamp had become necessary. Kicking this off at a time when its main competitor is in the midst of a complex integration process is clever marketing, but it remains to be seen if the results of the rebrand will live up to the big-fanfare January launch.

Early feedback has been positive, says Steve Fund, SVP of Global Marketing at Staples. “Customers have really embraced the new campaign. We’ve seen a nearly 50% increase in Facebook fans and social sentiment has been overwhelmingly positive. We also saw significant increases in web traffic and Google searches. Finally, our communication tracking shows that our online and traditional ads are effectively changing perceptions of Staples from an OP company to one that offers products that businesses need beyond office supplies.”

And that changing of perception was very much the idea behind the campaign. It’s also clever that the company is not just relying on a short-lived, one-shot campaign, but is keeping it very much alive by constantly changing it.

Adds Fund: “Our priority is to let people know that we have a lot more products than office supplies…To illustrate this, we’re changing our logo every day by replacing the ‘L’ with products that are beyond office supplies. This provides the opportunity to showcase the thousands of products that are now available, from breakroom snacks, technology, medical and restaurant supplies to cleaning supplies and furniture. The intent was to disrupt how people think about Staples and get them talking and carry our message forward.”

What’s happening in the OP arena right now is not completely unlike the sea change that we saw in the mid 1980s when the superstores first surfaced (notably also spawned by Staples), if only in the sense that if you – ‘you’ being the independent dealer community at the time – don’t adapt to the new status quo, the writing might be on the wall.

Gordon Christiansen, now a partner at Fremantle Consulting, has experienced first hand what a major rebrand can do (his former company RED BOX used to be called the The London Graphic Centre) and while he says that customers might not even care what the name of a company is, its message most definitely influences their buying decisions.

He says: “There are only very few old-style office supplies companies left. It’s essential that companies better reflect what they do and there are many different ways of doing that, depending on customer base, business strategy and so on.”

OTTO Office’s Head of Procurement & Business Development Christian Langvad believes that the need for rebranding – if there even is a need – is very much customer-driven: “The whole notion of repositioning or rebranding yourself is a result of a change on the customer side. Customers today do not only accept, but expect to source products other than pens, and to be serviced with things other than just desktop delivery from their supplier. It’s about being an ‘office specialist’ rather than an ‘office product specialist’.”

How to go about changing the overall message of the company may differ quite widely, but what everybody agrees on, says Christiansen, is that a total buy-in from all stakeholders is required. “It’s not about a logo, its colour etc, but about changing your business strategy. It’s a very considered process and you have to look at every part of your business.”

Meier-Kortwig agrees, advocating a holistic approach to any branding exercise. “It’s about more than the campaign, it’s about the entire brand experience. Take Staples’ ‘Easy’ tagline (author’s note: the rebrand has only happened in the US and Canada so far, not in its international operations). If you have ‘easy’ as the core message of your company, you really have to make sure that the experience is ‘easy’ for your customers at every point of contact.

“Branding is more like a change management process and can only support the changes that companies have to make in any case. The more the brand is engrained in a company and its workforce, the more successful it’s likely to be. Just saying we want to be the global category leader for this and that and increase our margin by 20% won’t work. People don’t get engaged with that, because it’s meaningless for them. But they would get engaged with a good idea that they can believe in.”

There are a variety of companies that have successfully reinvented themselves. On the manufacturer side, Esselte Leitz has been a particularly good example of how to embrace digitisation, get on the ‘mobile curve’ while at the same time maintaining its core focus. From a dealer perspective, United Managed Office Services has set a good example of how to become an all-round business solutions provider.

One of the questions on everybody’s lips, of course, is ‘what is Office Depot going to do’? Perhaps a complete rebrand – beyond the new logo – is not at the top of the list of priorities right now and will come later when the new combined company’s strategy has evolved more. Certainly OPI didn’t manage to get any feedback on this before going to press.

Looming even larger, however, is the future brand positioning of United Stationers. Even the analyst community, which hasn’t really focused much on the rebranding efforts of publicly-listed companies in OP so far, is paying attention to United Stationers, says Jefferies Managing Director Dan Binder: “United Stationers has been very successful [at diversifying] and is probably the one to change its name first. It is not a small undertaking and the product mix needs to be there to support it.”

What next for United?

United remains predictably guarded on the subject, with VP of Marketing Diane Hund echoing CEO Cody Phipps’ words when saying: “We recognise that we’re in the same position a lot of our dealers are in, which is that our current brand doesn’t reflect exactly what our value is to the marketplace. Neither the name United Stationers nor our logo are reflective of our product and service mix.

“But before changing the logo or even the entire brand, you need to think about how you position yourself in the marketplace. How do we strengthen the core of what we do while at the same time focusing on the two things that we think are going to drive the most growth going forward, which is increasing our digital capabilities and diversifying our portfolio? We’re well down the path of this repositioning, but we don’t have a definite time-frame yet for putting a brand face on this ‘new’ company.”

What United has been doing, however, is helping its dealer partners doing that same repositioning. To that effect, it has created a service called Marketopia. Within the Marketopia programme, United helps dealers assess what their current equity is, how their value is determined and how in turn that aligns with what they are going to offer in the long term.

Hund explains: “We essentially talk to dealers about all of the above and about how we can help them increase their mix to include things beyond just office products. Then you have to step back and say: ‘Does my current brand capture that value?’ For a lot of dealers it doesn’t, because many have the words office products in their name.”

Guernsey – formerly known as Guernsey Office Products – at the end of last year unveiled the most comprehensive rebranding initiative in its history. Hund points to Guernsey as one of the dealers it worked with that realised having the word office products does not capture the total value of what it wants to present.

“We have done dozens of rebranding exercises for our dealers over the past two or three years, and of those 30-50 dealers well over half have gone to market with a new brand presence that reduces or eliminates that office products position or name. Some didn’t even have office products in their name, but maybe they had a pencil in their logo. So they took it out and moved to something that looks a little more fresh and modern.”

Refreshing a company’s look and message is no mean feat. Who would have thought that McDonald’s would ever be successful in rebranding itself as a health-conscious fast food option? Some stereotypes die hard though. 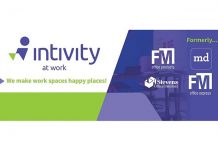 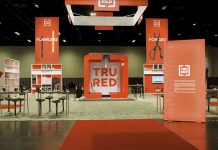