Analysts’ questions largely focused on the future of Office Depot’s operations in Mexico and the proposed merger with OfficeMax during yesterday’s first quarter earnings conference call.

Depot’s prepared remarks mainly covered the contents of the first quarter results announcement and there was little extra of note, except perhaps the presence of Juan Guerrero, SVP of North American Retail (NAR), on an earnings call for the first time.

Despite assertions that Depot will continue to compete aggressively with OfficeMax in the marketplace and that it will be continuing with its strategic initiatives, I got the feeling listening to the call that Depot is very much in merger preparation mode. There was a lot of playing up of Depot’s performance in spite of lower-than-expected sales and profits and a seeming lack of urgency about the need to turn things around.

CFO Mike Newman said that capital expenditures this year would be up to $30 million lower than previously forecast as the company becomes "more prudent across the board on basically all of our CapEx allocations as we look at the potential merger". He also slipped in a comment about up to $70 million in restructuring costs in 2013, only about a third of which had been previously announced, so it sounds as though Depot is planning on increasing the number of layoffs in the lead up to the merger.

Newman, along with ‘Max counterpart Bruce Besanko, is heading a merger integration team that is looking to identify up to $600 million in operating synergies. Some of this will come from negotiating better terms with vendors &ndash; Depot has already met with its top few hundred vendors and believes it will get the post-merger pricing synergies it’s after &ndash; but a significant amount is sure to come from headcount reductions, although CEO Neil Austrian stated that the salesforce would not be a good place to start. Morale in the field is supposedly "very good".

Austrian was cautious in his comments about the merger with the Federal Trade Commission (FTC) taking a closer look at the deal, but still said he expected the transaction to close by the end of the year "based on what we know today".

The other main point of interest for the analysts on the call was the future of Office Depot’s joint venture operations in Mexico. Depot’s partner Gigante made an offer to buy Depot out of the joint venture earlier this year and an offer is still on the table despite the passing of a number of deadlines. However, since the signing of the merger agreement with OfficeMax, Depot now needs ‘Max’s approval to sell off major assets such as the Mexican business.

‘Max is taking a close look at this transaction and Austrian said that he was "hopeful" that there would be a resolution in the near future, so it looks as if it’s a question of when, not if, the Mexican business is sold. It’s not yet clear what the implications will be on the Depot/’Max merger; assuming the proceeds from Mexico go entirely to Depot’s current shareholders, there may be some kind of adjustment to the merger terms.

Actually, Office Depot de Mexico’s performance was pretty flat in the first quarter. Sales were $288 million and net income was $15 million, compared to Q1 2012 sales of $285 million and net income of $17 million, although comparable and local currency figures were not given. Depot’s International President Steve Schmidt said that the Mexican market was seeing similar trends to the US in terms of a shift from PCs to tablets.

I spoke to some leading figures in the Mexican OP industry last week and they confirmed that the market was relatively stable at the moment. There was a ‘wait and see’ attitude about the Depot/’Max merger, but a suggestion that the sell-off to Gigante was being made for financial reasons and not due to potential competition issues if Depot and ‘Max were to merge in the US.

Both Depot and ‘Max’s share prices were up by over 4% yesterday following the release of Depot’s Q1 results. That’s probably due to positive signals about the merger and the Mexico sell-off rather than the actual results, although the market may also have been encouraged by comments about an uptick in business at the end of the quarter.

We’ll see if there are similar messages from ‘Max when it reports its Q1 results next week. 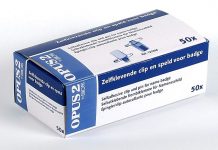 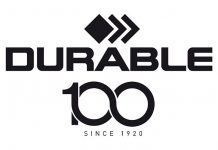 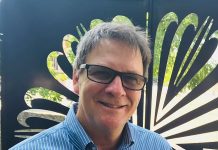 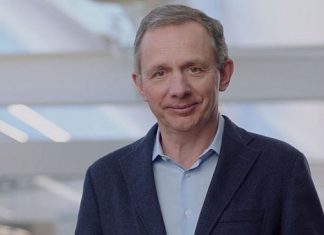 HP to hold talks with Xerox