With a $68 million Guilbert-related pension settlement, an $18 million store impairment write-down in the US, $23 million in restructuring and business process improvement charges, holiday timing shifts and strategic product portfolio changes, it was a challenge to get a grip on the underlying results at Office Depot in the first quarter.

. Read on for a closer look at the results and the key takeaways from yesterday’s analyst conference call.

Overall company sales fell by $100 million year on year to $2.873 billion. The calendar shift represented a top-line benefit of $30 million for the International division, around $22 million for the North American Business Solutions Division and &ndash; I am estimating &ndash; between $20-$25 million at North American Retail (NAR). That gives a further underlying sales decline of between $72-77 million.

Adjusted EBIT of $47 million for Q1 2012 was 38% up on last year’s figure. Excluding the $18 million impairment charge, adjusted EBIT would have been $63 million.

Comparable store sales at NAR were down 6% &ndash; excluding the favourable calendar shift &ndash; but Depot says that comps would have been flat excluding the sale of computers and related products.

"The gross margin contribution from tablets before attaching related accessories is higher than our historical gross margin from laptops with attachments," he said yesterday.

The division’s operating profit of $44 million was $14 million lower than last year, but included an $18 million non-cash impairment charge related to "a greater than anticipated downturn in sales" at 56 stores.

Depot’s In-Store Customer Service (ISCE) initiative &ndash; which is putting more store employees in front of customers &ndash; has been rolled out to 700 stores and will be introduced in all remaining US stores by July 2012.

Stores that feature ISCE are performing better than those that don’t, said Peters, although they weren’t necessarily showing positive comps.

Depot said it is considering accelerating its store downsizing programme from 2013. According to the current plan, between 30 and 35 locations will be remodelled this year and downsized where possible, while 25-30 stores will close.

In the first quarter, seven stores were remodelled and five relocated, resulting in an average square foot reduction at these locations of almost 40%.

11 of the ‘5K’ 5,000 sq ft (500 sq m) stores have now been opened, but at $600,000 a shot to convert a store into this format, the company said it didn’t currently have the allocated capital resources to move faster, but expect an announcement at the Q2 earnings webcast in July.

Underlying BSD sales were flat after taking the benefit of the calendar shift into consideration.

Depot said sales to large accounts were up in the high single digits after several major customer acquisitions in the back half of 2011.

The public sector has traditionally accounted for around 20% of BSD’s sales, but is expected to be lower by the end of the year.

Breakroom is the fastest-growing category and grew in the double-digits during the quarter.

Kevin Peters said growth in the copy and print category could be attributed to areas such as shipping, business cards and signs, as well as managed print services.

Constant currency sales would have declined 3% year on year without the positive impact of the calendar shift.

Adjusted operating profit of $34 million was $1 million higher than a year ago, but International President Steve Schmidt revealed that divisional operating profit would have been $9 million lower than last year had it not been for the calendar shift.

The European direct business &ndash; Viking &ndash; continues to post sales declines, a trend that has been going on for some time now, but the European contract channel increased in the mid single digits.

Depot has been providing more information recently about its Mexican operations &ndash; a joint venture with Gigante &ndash; and devoted a whole slide to it in the quarterly presentation.

The division incurred charges of $18 million during the quarter. $11 million of this was related to the closure of a distribution centre in the UK and the remainder was for restructuring and severance costs in Europe.

A large portion of yesterday’s lengthy conference call Q&A was taken up by accounting items and the NAR division.

Depot reported $63 million in net benefit from a pension fund settlement related to the Guilbert acquisition in Europe in 2003, but CFO Mike Newman said that this would not have a cash impact on the company.

The US retail arm looks set for some major downsizing as Depot appears to be readying for an acceleration of its square footage reductions. Hopefully, in July Depot will reveal how it aims to pay for these changes. 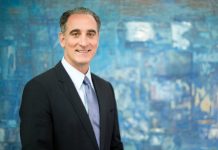 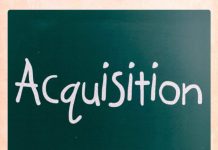