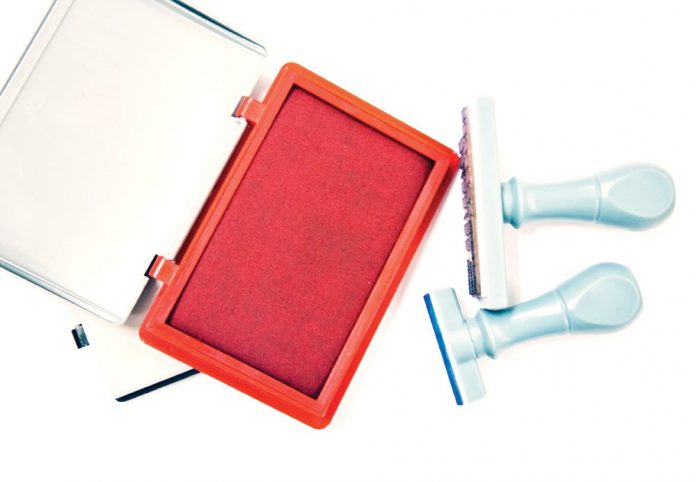 When OPI spoke to the leading players in the stamping sector, ‘steady as she goes’ is a phrase that seems to sum up their collective impression of the current state of this segment. But it’s far from a uniform picture, with strong geographical variances and the dark shadow of global politics casting its malign influence over the prospects of many troubled regions.

As Franz Ratzenberger, Head of International Sales & Marketing at Austrian stamp specialist Colop, explains: “The stamp market as a whole seems to be quite stable, but it’s not homogenous. Overall we’re winning market share, but some markets are at completely different phases of maturity compared to others.

“Despite difficult market conditions, we’re seeing increased sales in countries such as Germany, France and the UK and we’re making excellent progress in the US where there is great potential. The Central and South American markets are also doing very well.”

Taiwan-based Shiny Stamp is also noticing regional disparities. Deputy Executive Manager Jimmy Chen says: “We’re enjoying steady growth and achieved an overall 14% increase in sales during 2014, but the individual rates of increase from customers in different parts of the world vary enormously. The emerging countries are forging ahead and we’re fortunate to have clients and agents all over the globe that can tap into this.”

Meanwhile, Roland Rier, CEO at Trodat in Austria, reports that the 2014 financial year ended with record sales of nearly F170 million ($192 million) – an increase of 9.6% – and this sustained growth trend has continued in 2015. He explains that Trodat’s focus is currently on the rapidly-growing Asian markets, especially China and India, where demand for stamps is very strong. Due to a recent acquisition the US is also back on its radar, although that market is challenging.

Rier adds: “Every market in the world has its own very specific requirements concerning ink, stamp size, applications, etc. The key to success is to develop products that adequately meet those individual needs.”

At Cosco Industries, Tom Price, Product Manager for Marking Devices, says: “On the whole, our business has remained stable, but the industry trend for vendor consolidation in the component channel and the falling number of independent stamp makers are indications of a market in decline. Recognising this has allowed us to focus our efforts on streamlining our product offering and organisation to strengthen our long-term market position.”

However, global realpolitik is having a negative effect on many traditionally strong stamp markets. Conflicts, political uncertainties and international sanctions have weakened demand in countries such as Syria, Israel, Iran and Iraq. And the ongoing Ukrainian civil war and subsequent Russian intervention have battered local currencies and stifled sales. As Ratzenberger explains: “Understandably, economic reports from these regions have not been particularly positive. They were once key areas for the stamp industry, but local businesses must now set completely different priorities and resolve other problems first.”

Chen agrees, but also sees a possible opportunity emerging: “Social and political instability is a huge problem that has a direct influence on sales in a given region. It’s hard not to be affected, but when the local situation changes sales may improve too. Take Cuba as an example – the recent political accord with the US means new market opportunities are presenting themselves and Shiny needs to put itself in a good position there to reap the potential benefits when they arise.”

Stamps still fulfil a vital need in business. As Price explains, a product that can authenticate a document or print text and codes onto boxes and packaging will always be needed: “While we also provide stamping materials that service the craft market, most of our success and focus is still on the business marking segment. This includes both industrial and general business applications, document authentication and the SME sector. We see the stationery market as a great segment for future growth opportunities.”

At German stamp manufacturer Reiner, Marketing Manager Annette Zandomeni says that ‘Stamps save time’ is a slogan the company coined many years ago: “This is what stamping is all about – saving time and money during office work. Despite the gradual decline of the market during the past decades, this slogan still holds true. Metal stamps form a remarkably high percentage of the Reiner portfolio and that’s no surprise as there is no faster or more reliable way of printing information onto paper.

“As the traditional demand for numbering machines and robust metal daters has declined, specific market niches such as post office or customs applications have remained stable or even increased, with new laws, regulations or standards acting as constant sales drivers.”

Away from the traditional side of the business, Reiner has developed its jetStamp range of handheld inkjet printers designed for the modern office. They can link to computers, scanners and printers via USB and bluetooth interfaces, and include graphic capabilities.

As Zandomeni explains: “Most importantly, they’re quick to use and save time. Many companies use them to print barcodes onto incoming mail that can be scanned afterwards into a document management system, or to mark and identity other documents, envelopes, or packages – there is a wide variety of office applications. They can also be used with special inks, allowing for stamping onto plastic and metal surfaces.”

However, Price is more cautious about consumer enthusiasm for new tech: “Due to the nature of some stamping applications, advances in technology are not always fully embraced because of the additional costs involved. For example, some electronic handheld stamps and marking devices have been launched which have produced inconsistent quality for the cost. Hopefully, attitudes will change over time as innovation takes hold.”

Chen agrees: “Though technology does bring added convenience and changes the way stamping and marking products are used, we still find that people rely heavily on old-fashioned techniques for authenticating documents.”

As far as trends are concerned, Rier points to a move towards more colour at Trodat recently: “As a global player we see different colour preferences in individual countries, with our neon colour range being very successful in Latin American and Europe. Customers are also asking for lightweight, smaller products and new applications, such as a QR code stamp, for example.”

Colop successfully launched its New Printer in 20, 30 and 40 sizes last year in Austria. It has recently followed this up by extending its range of models to include 10, 50 and 60 versions.

“This was important for us”, says Ratzenberger, “because we’re now able to offer the entire printer range. We expect the large 50 and 60 stamps to be particularly successful as they offer a huge image window which is ripe for customisation. In contrast, the Printer 10 is characterised by its tiny size and can be used as a keyring.

“Our Printer series allows us to meet the needs of a more selective customer base in this increasingly competitive market.”

Despite the challenges, it appears that the stamping sector continues to hold its own and come up with innovative solutions that can help drive the category forward. 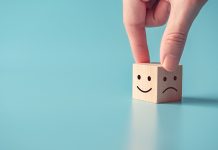 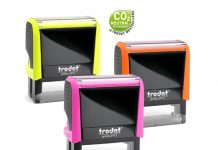 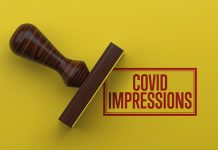