OPI‘s Chinese Office Products Awards ceremony took place on 13 November, on the the first day of Paperworld China 2006 &ndash; and the inaugural event proved a resounding success.
The glittering awards bash, held at the Pudong Shangri-La Hotel in Shanghai, paid tribute to Chinese manufacturers and resellers that have made significant contributions to the Chinese OP industry.
The awards were open to companies of all sizes and sectors, with nominations independently judged by an international panel of leading buyers and senior executives from across the industry. More than 100 Chinese companies entered their nominations to promote international awareness of their brands.
Over 260 guests from 25 countries joined the celebrations, smashing original estimates of 150 attendees. OPI director Janet Bell said: "When we decided to launch the China awards we never expected such a fantastic response in the first year. It was a really great evening and we are delighted the winners have received the recognition they deserve. We are already looking forward to hosting this event again next year."
And the guests liked it too. Stewart Barton-Taylor, Spicer’s director of merchandising, said: "The awards evening was very well represented from many parts of the world. It also acknowledged what an important part the Asian region now plays in the global OP market."
Ron Jakeman, managing director at AF International, added: "We are delighted to be one of the Gold Sponsors for this year’s OPI Chinese Office Products Awards. We never expected to be nominated, let alone short-listed, for two of them."
Lotus Pen was one of the night’s winners and general manager Xianwen Zhu was clearly pleased with the result. "We were delighted to be short-listed in three categories and to actually win the Best Packaging award. Chinese manufacturers don’t normally put much effort into packaging design. However, Lotus believes that packaging is one of the most important components of the product and we always make sure we provide attractive packaging for our customers."
OPI‘s China awards complemented and supported Paperworld China which, only in its second year, has already become the largest stationery and office products exhibition in Asia. It provides a professional and international marketing platform for manufacturers and distributors of traditional office stationery as well as other office supplies.
Over 450 exhibitors from around the world &ndash; including Austria, China, India, Italy, Japan, Thailand and the US, to name but a few countries -&ndash; and 13,000 visitors attended the three-day event held at the Shanghai New International Expo Centre. And both groups of attendees appeared pleased with the exposure they received.
Yu Hongwen at manufacturer Epson said: "At Paperworld China, we aim to raise awareness of our products, services and ideas to businesses as well as retailers and individual users. We also want to take a proactive stance in promoting the development of the office automation market, increasing its efficiency and decreasing its costs."
Christian Thederan, international marketing manager at Isaberg Rapid, added: "Like last year, Paperworld China was a success for Rapid. We see a growing trend of participation by visitors and by important suppliers at this event."
It’s all about networking and contacts in the region, as Kyocera’s sales and marketing director, Tiger Yuan, pointed out: "Our office products and office automations are becoming more and more recognised by end-users and agents in China. The growth of these two areas has been increasing at a fast pace, so our aim for attending Paperworld China is to expand our business opportunities and partnerships with different agents."
But while Paperworld China is becoming a must-attend event for those interested in the region, Paperworld Frankfurt continues to go through challenging times.
European manufactures are beginning to experiment with much smaller and more intimate marketing campaigns to promote their newest products. And following the absence of big names including Esselte, Smead Europe, Fellowes, Avery Dennison Europe and ACCO at last year’s Frankfurt event, the Paperworld Strategy Commission agreed a number of "new activities for 2007". Measures included a completely new and innovative layout concept for Hall 3.
From widened aisles and special displays to communication forums, the look and feel of Hall 3 will be somewhat different from previous years. Ruth Lorenz, divisional manager for Messe Frankfurt’s Paperworld told OPI: "The thinking behind the decision was to make Paperworld an all-encompassing experience. And the new hall structure was part of this. We were keen to show the power of innovation in the industry, not just through the products on offer here, but also through the whole set-up and architecture of the event."
Next month will mark a big test for Paperworld Frankfurt, but as for now, it is safe to say that November’s Paperworld China proved to be a huge success and that OPI‘s Chinese Office Products Awards are set to become China’s foremost business awards event. 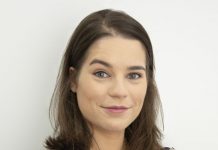