1 April 2005 – Mannheim-Waldhof (GER): German superstore Aldi SÃ¼d is to open a new store format that is designed to act as an outlet for surplus non-food ranges, according to reports from Lebensmittel Zeitung.

The store in question will trade under the banner 1001, and is expected to open this month in a former regular Aldi store in Mannheim-Waldhof.

Aldi, which regularly carries a varying range of promotional non-food lines, says that the first store will be followed by more if it proves successful. 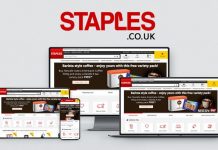