Q2 net sales in the US segment rose by 11 percent "as a result of sales of new products", primarily the iPoint electric pencil sharpener. Combined sales in Europe and Canada increased by 16 percent in US dollars and 12 percent in local currency.

Walter Johnsen, chairman and CEO, said: "We had record sales and earnings for the quarter. Every business unit had meaningful increases in sales. Our European business is improving. Net sales in Europe for the first six months of 2007 increased 17 percent in US dollars compared to the same period last year, and margins improved."

Johnsen also said that sales of the iPoint electric pencil sharpener are strong, that new business for the remainder of the year appears solid and that the company intends to increase prices where appropriate to adjust for higher costs. 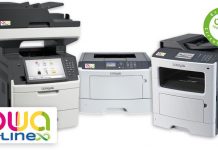