The list of absentees from Paperworld 2006 has been growing – and the names on it speak volumes. To date, Smead Europe, Fellowes, Avery Dennison Europe, Acco and Esselte have all announced their non-appearance.

The departing exhibitors claim that, as the daddy of all OP tradeshows gets larger and more international, its marketing message goes out into a global abyss. In response, they have decided to sharpen their focus on more localised initiatives.

Peter Fellowes, president of Fellowes Europe, claims that his company’s marketing strategy has changed in line with the evolving industry. "We are adopting a targeted approach to marketing, leveraging our global brand to meet local market requirements and strengthen our relationship with our business partners," he told OPI. "We believe that investing in focused marketing communications like brand advertising, PR and cooperative marketing best meets the needs of consumers and the commercial requirements of our trading partners."

On Smead’s same decision, Smead Europe VP of sales and marketing Michiel Antal told OPI: "We plan to focus more on local key customers. The individual approach is more appropriate and more effective than a general trade show like Paperworld… We are already organising customer events in different countries and focusing on local key accounts."

Esselte, meanwhile, claims it is "shifting the focus of its trade show activities on smaller, targeted customer events and more end-user roadshows such as Altenauer Kreis in Germany, in place of Paperworld 2006." The company also claimed the decision was down to "the fact that visitor and customer participation has been declining at Paperworld in recent years."

In 2005, Paperworld recorded 64,385 visitors, down from 68,896 in 2004 and 66,304 in 2003. But Ruth Lorenz, VP of Messe Frankfurt, says she is not unduly worried about the recent departures and highlights the event’s still impressive exhibitor figures and unrivalled status. "We are not happy about the decision of these companies to pull out, but it is no reflection of Paperworld," she told OPI. "Companies’ marketing strategies change and some may well return next year. But with over 2,700 exhibitors, Paperworld will not be greatly affected – it remains the largest platform for the OP industry."

And, of course, all this is not to say that the departing manufacturers won’t be present in Frankfurt. They still plan to send representatives to meet with clients face to face and maintain a presence at the event. And, of course, there are many suppliers that support the event as much as ever. Faber-Castell, a privately-owned German manufacturer, has no intention of following in the footsteps of those gone. "We will be in Frankfurt in 2006 – absolutely no question," Faber-Castell’s Stephan Rosen told OPI.

Smead’s Antal believes that, these days, more sales can actually be secured during the private meetings that are held around the time of Paperworld. "Some big contract stationers organise their own shows just before Paperworld and invite manufacturers and suppliers to show their products in order to discuss projects over the coming year. These meetings have become particularly effective because some customers are sending less and less people to Paperworld."

And because private meetings are scheduled, some buyers in the past chose to leave out important exhibitors at the fair, says Eduardo Sánchez Muliterno, managing director of Spain-based managers’ association ProPaper, and the brains behind Paperworld USA.

"It is not possible for a buyer to visit the whole fair, not even half, during the opening hours," he told OPI. "Some therefore choose to miss out on important exhibitors, either because they already know their products or because they know they will be visited soon by one of the company’s sales reps. This means that some brands are pulling out."

These intimate settings organised between buyer and supplier not only have a more specialised focus, but they carry the added benefit of hiding the suppliers’ innovative new products from competitors that have the potential to copy them.

Counterfeiting has become an increasingly big problem in OP circles in recent times, partly in response to the Asian ability to make products at massively lower costs. The number of Asian exhibitors and visitors at Paperworld has increased steadily over the last few years, contributing to the event’s international flavour. But as a result, some suppliers may have become more reluctant to showcase their new and innovative product ranges.

Antal admits that Smead would prefer to showcase its new ranges in more intimate sessions, but maintains that he does not consider Asian manufacturers a threat. "Companies from all parts of the world are capable of counterfeiting," he said.

At the very least though, global suppliers may have lost some customer attention to their Asian competitors. "The Asian exhibitors definitely get a lot of attention at Paperworld," said Julia Borgef, trade marketing manager for export at Fellowes Europe, "from both a production and a supply point of view. But this did not affect our decision to leave."

The cost of staging a booth may also have deterred some once-loyal exhibitors. Sánchez Muliterno believes this may be the case, with costs to stage a booth mounting every year as exhibitors try to outdo each other. "We have to remember the European tradition of wanting to demonstrate the strength of the company by turning the booth into a very large shop window with expensive decorations at these fairs," he said.

But the departing suppliers claim that costs did not influence their decision to pull out. "It is nothing to do with price," said Borgef. And Antal added: "We will still use the same marketing budget. We are just trying to use it in a more effective way."

So to what extent do the smaller, more local tradeshows stand to benefit? Borgef told OPI that small wholesaler events such as SOS, organised by Spicers, is the sort the company will work on with its customers. It will also continue to exhibit at Gitex expo in Dubai, as it has done for the last four years. "At these events we can offer our customers more benefit at a local rather than on a pan-European level. We are already carrying out a lot of research at a local level on what customers want."

SOS is growing in importance and last year celebrated its most successful year to date, with over 70 exhibitors and more than 700 delegates. David Coghill, Synergy marketing manager at Spicers, believes SOS is well placed to benefit from trends in the industry. "I should imagine that the companies will look to promote themselves more widely in the local community rather than at Paperworld where their message can get lost. SOS is a great communication tool for our suppliers to meet with dealers."

But he adds that those exhibitors that departed Paperworld will have no direct effect on SOS. "Fellowes, for example, already attends SOS so it makes no difference. But the company may decide to reinvest money saved on Paperworld on other things such as dealer incentives and promotions on its stand," he added.

Karen Nicholls, marketing director for Advantia and coorganiser of the recently-held MAIN event, jointly run by dealer groups United, Advantia, Integra and Nemo, supports the view that the ex-Paperworld exhibitors will have little bearing on dealer group events. "It’s a different type of event, the stands are much smaller and the exhibitors are only there by invitation. Furthermore, some companies chose not to take part," she adds. "Take Smead, for example. Even though the company was invited, it decided not to take part in the event this year."

Jim O’Brien, SVP of marketing at SP Richards, which held its expo last month, also believes dealer shows will not pick up extra business. "We already have the support of the major manufacturers in the States," he told OPI. "Dealer group events and international expos like Paperworld are not in conflict with each other. But Paperworld is a huge expense and a tremendous undertaking… and I can’t help thinking that Paperworld USA might have something to do with it."

Many of the companies that have pulled out of Paperworld are still unwilling to commit on whether they will take part in the Frankfurt show in 2007 and 2008 while some may decide to go down the bi-annual route.

Although the absentees from Frankfurt are united in their opinion that Paperworld USA had no bearing on their decision, it may be that, as more tradeshows appear on the OP calendar, suppliers will be forced by budgetary constraints to cherry-pick only a select number of events. 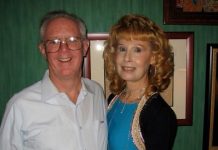