Will July prove to have been a defining month for Spicers? From a worrying start to the year, all of a sudden the fortunes of the UK-based wholesaler have changed – and for the better.
A series of fortuitous and unconnected events appears to have provided a much-needed boost to the wholesaler, whose performance and market position was being openly questioned and scrutinised.
The Kingfield Heath-ISA merger at the beginning of the summer has created an unforeseen opportunity for Spicers UK as former Kingfield dealer clients look closely at the well-publicised perceived conflict of interest between their wholesaling supplier and their competitor Supplies Team.
And last month’s ECI² acquisition of Dutch integrator e-Buzz has provided a crucial piece of the jigsaw for Spicers’ pan-European expansion plans, as it now has the support of an eSystem provider with the scale and resources it needs.
Finally, a strong performance by Spicers CEO Rob Vale at OPI‘s eurOPe conference in June impressed many delegates and provided the vision some thought had been lacking from the organisation.
The strong financial performance of parent company DS Smith is raising speculation among industry analysts that Spicers may soon become a target for private equity.
Last month’s financial results revealed a successful restructuring programme, increased market share in central Europe and energy price rises levelling off had all helped the company post full-year EPS growth of 30 percent, easily beating market expectations.
The report confirmed annual sales were up by seven percent, reaching £1.77 billion, with second half operating profit soaring by 74 percent. Over the past year, the company’s shares have outperformed other industrial firms listed on the London Stock Exchange by 48 percent.
The company has also successfully plugged the hole in its European wholesaler business, Spicers’ pension fund.
But despite the positive outlook, the clouds are still gathered over Sawston. Spicers only managed to report a slight rise in annual operating profit to £12.8 million, from £12.6 million a year earlier, the result chiefly of a significant dip in the profitability of its UK division.
According to the parent company: "Revenue in Spicers UK, which represents 50 percent of Spicers’ total revenue, grew but the impact of strong competition on pricing and higher operating costs resulted in a significant drop in profits."
Spicers’ priority over the past year has been to strengthen the UK management team and "make good progress on implementing a comprehensive programme to rebuild Spicers UK’s profits" over a three-year period.
The new management team, led by Ian Doherty, is said to have "taken decisive action" and there is now believed to be "good momentum behind a range of improvement initiatives, principally aimed at enhancing the sales mix, raising service levels and lowering costs".
The UK distribution network has been streamlined further through the closure of the Park Royal distribution depot in London in June.
Spicers said: "We are seeing the initial evidence of improved performance arising from this ongoing turnaround programme and further considerable benefits are expected over the next two years.
"On the continent, the well-established French and Benelux businesses maintained their strong performance and further confirmed the considerable potential for Spicers’ business model across Europe. The businesses in Germany, Spain and Italy, which are each at a different stage in their development, all made good progress. The Spanish business opened its new distribution centre near to Madrid in October 2006, which gives it better national coverage."
In a statement, parent company DS Smith added: "An immediate priority is to restore profits in the important UK business through improving the sales mix, raising service levels and lowering costs. On the continent we will maintain the competitiveness of our major established positions in France and the Benelux region and continue to grow the returns from our developing businesses in Germany, Spain and Italy."
But despite the unexpected turnaround in fortunes there remains some uncertainty ahead as the DS Smith group plans to raise its prices again this month to recover some of its costs.
For now the group remains something of an anomaly in the market, a profitable island in the busy stream of current private equity targets. 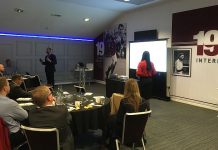 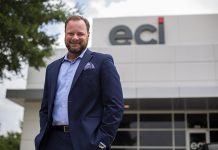 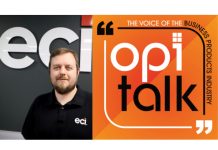