Recent research suggests that office products marketing is getting it wrong, and rather than seeing the OP industry as a man’s world, we should start looking at it through some pink, rose-tinted fashion specs instead

It’s a man’s world, or so the song goes, and something of an anthem it would appear for marketing people the world over.

One could be forgiven for thinking that the office products industry is an overwhelmingly male-dominated business. While there are some high-flying women around our industry (Carly Fiorina, Anne Mulcahy, Sharon Avent etc), a swift look at OPI’s annual top 100 resellers listing, around the delegates at an OPI conference, or even the halls at Paperworld or SHOPA, the impression of male domination will be confirmed.

Consequently, it is of no surprise that the marketing of these largely male-produced products tends to be aimed, mostly, at men.

But for all this male domination, recent research carried out suggests that the real power in the office products industry is actually held by women – inasmuch as that the all important person that manufacturers and resellers alike are trying to attract, the buyer, tends to be of the female persuasion.

It is an issue that it increasingly being thrust into the limelight. Last month, former OfficeSMART head Peter Frost organised the first marketing to women conference – Rethink Pink! – to highlight the problem.

Frost says: "Most people don’t know how to market to women. Full stop. They assume it’s pink, they flower it up and pussyfoot around. Women like to be treated with respect, and recognised as the important decision makers that they are."

"This patronising nature is the biggest mistake marketeers make," says Frost, "and they’re sick of it."

The revelation that most buyers of office products are women comes as no surprise to Safco Products’ director of marketing Pam LaFontaine. She says: "When companies hire new employees, who sets up their office? Who sets up for meetings, large or small? Who prepares for presentations? Typically this is an intern or associate which is typically female. There is also a price point that does not require upper management approvals. If you can position a product under the approval mark, we have typically increased results."

Research carried out by the Economist Intelligence Unit and Frost’s Proficiency Group declares that a whopping 84 per cent of office purchasing decisions are made by women, but that most marketing makes the mistake of being directed at men.

Rebekka Bay, head of consumer trends at Enterprise IG, says: "There is an unfortunate tendency by marketeers to generalise female stereotypes. 91 per cent of women say advertisers do not understand them, and 58 per cent of women are annoyed by marketeers’ approaches. Marketeers tend to ignore or generalise women’s life circumstances and place them into demographic categories that are no longer relevant or applicable to today’s female consumer."

Is there a trick being missed here? Opinion is divided, and the issue appears likely to remain something of a conundrum. But at least many manufacturers and resellers are now beginning to give active consideration to the issue rather than dismissing it altogether out of hand, as critics claim.

George Karibian, CEO of UK-based online dealer Euroffice says: "We have struggled with this question from day one. For a pure online player, it is a critical question. All of our communication strategy (brand, tone, value proposition) is via a single web channel. And this strategy begins with segmentation and understanding the decision-making process within the segment. Getting it right or wrong is the difference between success and failure."

The larger resellers have also been giving the gender issue some thought, but are not convinced over the sexual divide. Staples spokesperson Deborah Hohler says: "Basically we find that different customer segments shop differently, but it is less about gender and more about buying behaviours. Through all our research it comes down to one fact – small business customers and home office users want an easy shopping experience.

"Staples is focused on understanding what this really means to our customers and making buying office products easy for them."

The problem isn’t just that most marketeers are men. According to Jasmine Montgomery, client services and strategy director at FutureBrand, women are no better. She says: "As women in marketing, we are not only out of touch but we are too aware of the tactics of marketeers to think like consumers.

"Even if women in marketing saw the need for change – which they do not – and even if they are willing to bring it about – which they generally are – it could be argued that they would still not be able to change on the basis of personal experience alone. For once, women’s intuition won’t work."

Ask any man (or woman for that matter) and they will no doubt agree that men and women are like chalk and cheese. But many marketing experts say that an effective strategy should absorb the subtler nuances, that it is important to realise when gender does make a difference, and when it does not.

John Frood, a strategy partner at Zalpha, explains: "While there are evident advantages in understanding differences in how men and women use language and process information and the different cultural landscapes that they inhabit, there are many other drivers that propel consumers towards purchase.

"The key to devising and delivering effective marketing campaigns lies in understanding when gender is the primary drive, and when other factors become more important."

Euroffice targets the SME sector, and consequently encounters all manner of buyers. "The decision-making process for these businesses varies," says Karibian. "On the small end of the spectrum [5-25 employees], the owner is very much involved in the decision process as well as the mechanics of ordering.

So who does Euroffice market its website to? Rather than look at it as a gender issue, it takes a different approach. Karibian says: "Our findings suggest that it is less important to target the mindset of either the female or male. The core marketing strategy should focus on ‘owner’ versus ’employee’ mentality.

"A good website will have something for both. For example, provide owners assurances on price and give them tools that provide visibility and control; and provide employees with ease of ordering, perks (eg loyalty programmes or free gifts) and assurances so that owners will never have any reason to question their choice of supplier.

"It so happens that a vast majority of office admins (eg employees) are female. And a slight majority of owners are male. For this reason, our website attempts to be gender neutral."

Portuguese paper company Soporcel takes a fairly novel and progressive approach not seen much in the OP industry at present. While brands such as Navigator are marketed to a universal audience in common tradition, its Pioneer brand of paper is aimed four square at women.

Its website resembles, quite intentionally, a glossy woman’s magazine, with features on successful businesswomen, and some of the latest beauty products. Marketing and commercial director Antonio Redondo says: "Traditionally the paper business is not strongly brand orientated and most of the marketing of office paper has been aimed at men, but today in Europe more than 50 per cent of the people responsible for purchasing office supplies are women.

"Women are generally more sophisticated and rational than men when it comes to purchasing, so we are trying to attract them by offering something nobody else has offered before."

LaFontaine concurs: "While both genders appreciate great design, I would suggest that the female buyer is much more budget conscious and appreciates value, not always the lower price, but the question at hand is ‘am I getting what I paid for?’"

Research also suggests that when the marketing of a product is wrong, the development of the product itself also misses its mark. According to Proficiency research, only eight per cent of women think OP manufacturers had them in mind when creating products.

LaFontaine says, however, that this is an area Safco addresses. "We have tried to take a softer approach and moved away from a very male-dominated, cold, industrial look to one that is what my staff refers to as "metro sexual".

And Frost is swift to point out other positive examples where products are produced with the woman in mind in the OP industry, such as Avery Quickpeel labels, colourful Post-it notes and Dymo LabelWriters.

But unfortunately, these would appear to be in the minority. And for all the millions spent on marketing and product development each year, the argument is that it could be money wasted. 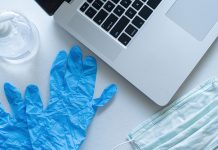 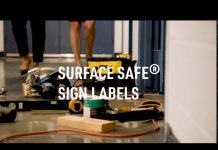