After an intense period of negotiation, three of the world’s largest vendors walked away unsuccessful, leaving Staples Contract to once again come out on top.

Procurement services company Broadlane put out to tender a stationery contract for its healthcare members worth $350 million over five years.

"It’s one of the biggest we’ve ever won and its got tremendous potential," said Tom Heisroth, president of Staples National Advantage. "It is thousands and thousands of locations, hundreds of hospitals, a huge number of care centres… all types of businesses medium and large."

The four vendors (which weren’t revealed but it’s safe to take a guess) eventually earned themselves an invitation to Broadlane’s head office in Dallas where, each using separate conference rooms with ‘live’ data feeds, an intense and complex reverse auction took place.

"It was a very odd process, there was a lot of upfront work done. We had to set up a proposal of how we would manage the business and develop a contract. All of the suppliers came together for a session and we competed against each other in real time,"said Heisroth.

"It was a challenge and it was very competitive. We focused on delivering cost and ongoing savings. We didn’t get distracted from what Broadlane’s needs and the needs of its members were."

With such large potential earnings on the table, all the companies had to be at the top of their game and utilise their best negotiators. Which proved both stressful and exciting, admitted Heisroth.

"We had a great team there and we worked hard to look at the Broadlane business and the Staples cost model – the largest contract business in the industry – and refine it and apply all the things we developed for it to this intense situation. In the end we prevailed."

The contract, which begins on 1 October, is worth $70 million a year. However, in a ever-growing market like healthcare, the sky’s the limit.

"Broadlane is a growing organisation with medical one of the fastest-growing segments in office products in the US. Healthcare makes up something like 17 percent of the US economy right now. It’s a key market for Staples, for both the large and medium customer segment and the contract business too.

"We have the size, the scope and the team to get out there and implement this. We’re already the largest, fastest-growing and most profitable contract stationery business in the US. Another win is always a fantastic thing and this is a big one. Every customer is important to Staples and we’re very proud that we provide great account management to every customer. It’s a big win and right up there with the best. We’re thrilled."

In the end of course, the winning offer nearly always comes down to price.

Electronic reverse auctions allow negotiations with multiple suppliers in ‘real time’. This allows suppliers to dynamically change their bids up until the final moment before the preset cut-off time expires.

Broadlane said Staples was selected based on its product and process expertise and its operational excellence. As part of the process, Broadlane’s members pre-committed their purchase volume as a sole-source award to whichever vendor met with their requirements with the best overall value. Broadlane trained the participants and conducted the whole event, but the eventual decision was made by its members.

The innovative auction will no doubt pave the way for future negotiations involving large contracts. Broadlane’s executive steering committee, made up of the company’s largest customers, made the final decision. One member, Steve Pitzer of CHRISTUS Health was "very impressed" with the results of the auction.

"This reverse auction clearly adds to our ability to provide all suppliers with powerful feedback of the live negotiations," he told Supply and Demand Chain Executive. "As customers we enjoyed having more visibility into the negotiations as they unfolded, which allowed the committee to achieve a better appreciation for the key cost of levers in this category."

For more information on reverse auctions in the OP industry see Silver Bullet, OPI May 2006. 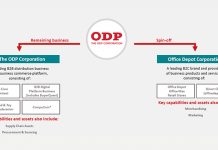