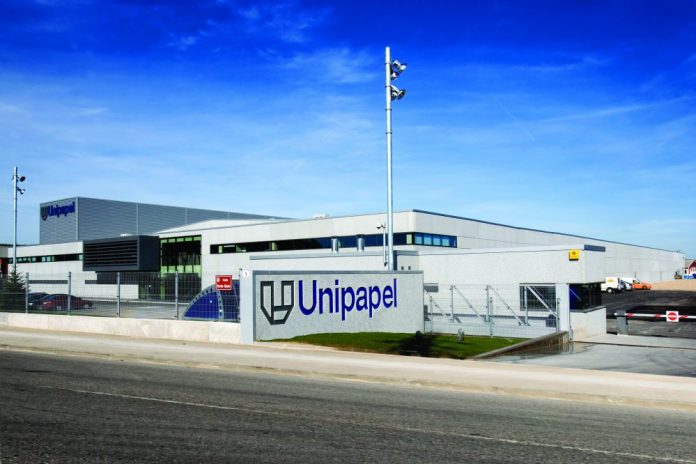 2014 was barely a week old and we had seen two major OP players enter agreements to sell off manufacturing operations, first with ADVEO in Europe, followed closely by Esselte in North America. OPI takes a closer look at both of these transactions and then explores a possible common denominator between them.

In 2002, Esselte was the subject of a $550 million takeover by Boston-based private equity firm JW Childs. Three years later the new owners more than made their money back after the sale of the DYMO division to Newell Rubbermaid for $730 million. With JW Childs then expected to exit the business before too long, it surprised the financial markets by subsequently bankrolling the 2010 acquisitions of Isaberg Rapid and Ampad.

Now Esselte’s North American operations have been acquired by RR Donnelley, the owners of the well-known TOPS and Cardinal brands, for $96.5 million in a combination of cash and shares. Whether that represents a ‘bargain basement’ price or not, is difficult to tell at this stage because no financial details of the transaction – apart from the transaction value – have been released, and both Esselte and RR Donnelley have declined to say more until the acquisition has been finalised (even refusing to say when they expect the deal to close).

Accurate financial information on the Esselte business is notoriously hard to come by, but estimates from 2011 put total sales at about $1 billion, with around 40% of that – or $400 million – coming from North America. Assuming high single-digit declines in its core filing category over the past couple of years, North American sales would now be in the region of $330 million, but industry sources have suggested that the figure is nearer $200 million.

Then there are question marks over Esselte’s profitability and debt level. Following a refinancing of the business in 2012 – which also saw more than $22 million in dividends paid to shareholders – company-wide reported debt was estimated to be about $200 million, rising to more than $350 million when adjusting for things such as operating leases and pension liabilities.

However, RR Donnelley has said the acquisition is expected to be both deleveraging and accretive to its earnings per share within 12 months of closing, suggesting that it has not taken on a high amount of debt.

RR Donnelley clearly thinks that ‘bigger is better’ in terms of its office products offering, but the message in a press release suggested a defensive strategy based on synergies and cost savings, not really surprising given the pressures on traditional paper-based product categories. “We expect to realise significant savings by combining our best practices, complementary products, and manufacturing and distribution capabilities, and we look forward to taking the expanded line of products and respected brands to our combined customer base of retailers, wholesalers, contract stationers and dealers,” stated CEO Tom Quinlan.

We’ll have to wait until the transaction closes to find out more details, but it does throw up questions about Esselte’s non-North American businesses, primarily in Europe where its Leitz brand is particularly strong. It would seem unlikely that JW Childs is committed to keeping a slimmed down Esselte, so we could well see a deal involving the rest of the business in the near future.

When Unipapel was established in 1976, it represented the merger of three Spanish manufacturing companies. Almost 40 years later, the group – now known of course as ADVEO – is divesting its manufacturing and associated distribution units to Switzerland-based investment fund Springwater for €16 million ($22 million).

True, Unipapel’s – and then ADVEO’s – production division had decreased in importance to the group over the years, especially in recent times following the acquisitions of Adimpo and Spicers Europe, and the move into the wider European wholesaling arena. In his Big Interview last year (see ‘European superpower’, OPI February 2013, page 30), CEO Millán Alvarez-Miranda said that manufacturing, although not a core competency, remained “a very good complement to our wholesaling business”, especially with the opportunities that the Spicers private label business brought to the table, and he spoke of a three-year plan to make the manufacturing business “profitable and cash generating”.

The transaction includes operations at ADVEO’s Unipapel factories in Tres Cantos, Logrono and Aduana in Spain, the reprinting activities at its French and Moroccan workshops and the commercial business in Portugal – although no buildings are being acquired. As part of the deal, the divested businesses – which have sales of about €50 million and employ 330 staff – will continue to supply products under the ADVEO and Unipapel brands, which ADVEO will sell through its subsidiaries.

Springwater Founding Partner Martin Gruschka believes there is still potential in the stationery segment. “The future importance of paper-based office and school-related products is underestimated today from our perspective,” he told OPI.

Regarding the acquired assets, Gruschka said there was a commitment to keeping all facilities open and that there was room to improve processes, foster and internationalise the existing brands and focus on higher margin niche segments.

Interestingly, he added that he viewed Springwater as a sector consolidator and that the fund was “very interested” in acquiring similar businesses, either in Spain or the rest of Europe. That raises the question of whether Springwater would indeed be in the market for Esselte’s European business, assuming that JW Childs is open to such offers.

It’s a much larger business than ADVEO’s production division, but Springwater has previously expressed an interest for “complex” transactions.

However, there are likely to be plenty more European stationery firms willing to court the Geneva-based investment firm and Esselte could well end up being just one in a long line of potential candidates.