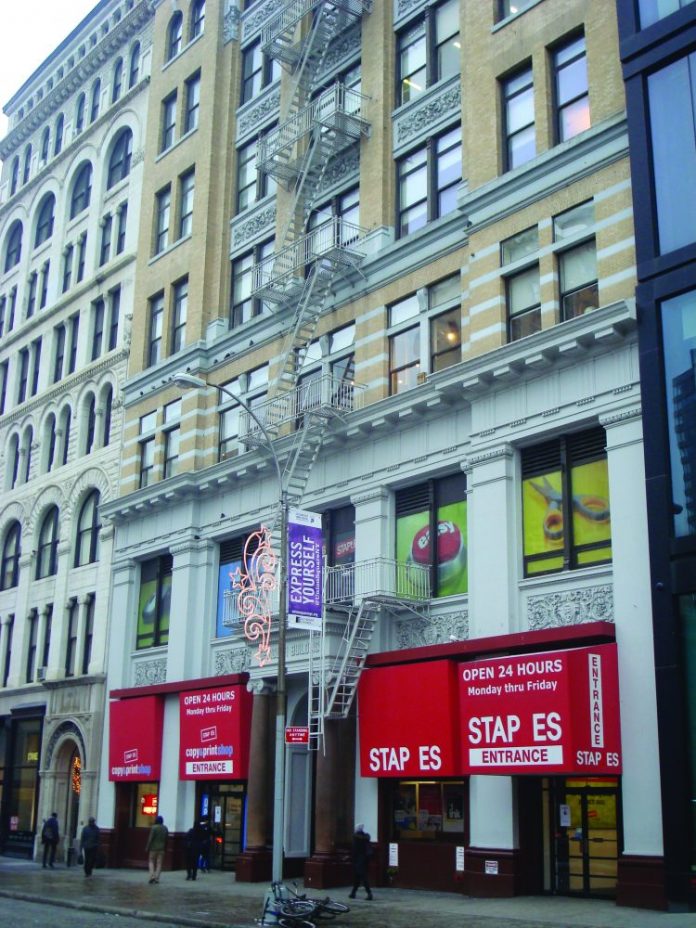 Staples announced details of its brand relaunch at the beginning of January, as it focuses on its expansion beyond office supplies or what it calls ‘BOSS’.

The company’s new tagline is ‘Make More Happen’, marking the end of the iconic ‘that was easy’ slogan introduced more than ten years ago.

Staples hasn’t dropped the ‘easy’ idea altogether – the word still appears in its PR and marketing messages and the Easy Button will continue to be sold to raise money for the Boys and Girls Club of America organisation.

“Make More Happen highlights how Staples is reinventing itself to provide every product businesses need to succeed,” said Shira Goodman, EVP of Global Growth. “We’re adding thousands of new products every day. Our expanded product assortment appeals to businesses across a wide range of industries, from medical and restaurants to professional services and retail.”

A major brand advertising campaign began in the US on 6 January, with the first of four TV spots that highlight Staples’ BOSS strategy. The first spot – which was titled Big Idea – was set in a futuristic factory and showed workers using products purchased from Staples, including the latest technology, safety equipment, factory signs and coffee. That theme is being supported by a ‘Make Your Idea Happen’ contest for small businesses that features a grand prize worth $25,000.

To reinforce the BOSS notion, Staples has tweaked its logo by replacing the letter L – which has traditionally been represented by a bent staple – with various non-traditional products such as a mop, grease gun and even dog biscuits.

The Staples.com website and Staples’ social media channels are featuring a ‘What the L is going on at Staples’ campaign, with a Twitter hashtag #WhatTheL and a new TV spot filmed at The Staples Center in Los Angeles that depicts people looking at the L-less Staples logo and saying “What the L?” The TV ad has had a mixed reaction on social media channels so far, with some comparing it to Kmart’s ‘Ship My Pants’ and ‘Big Gas’ ads that went viral on YouTube last year and others claiming that it is “offensive”.

Staples’ focus on ‘more’ is understandable, but the brand is pretty much synonymous with office supplies in the US, and it will no doubt take time to shake that off in the minds of consumers. However, rival Amazon began life as an online bookseller, and look where that is now.

Staples caught up in Obamacare petition

A Staples employee has successfully been using the #WhatTheL Twitter hashtag to raise awareness of her campaign to change Staples’ policy on the working hours of part-time staff. A Change.org petition started by an anonymous Staples employee calling
herself Sue Whistleblower had garnered more than 200,000 signatures at the time of writing.

The petition claims that Staples has reduced the number of hours per week that part-time staff can work to 25, in order to avoid paying for healthcare as per the Affordable Care Act (aka Obamacare) which will come into effect next year.

In a statement to OPI, Staples Senior Public Relations Manager Mark Cautela said: “There is a lot of misinformation on the internet and we would like to set the record straight. Staples’ policy regarding part-time associates’ weekly hours pre-dates the Affordable Care Act by many years.

“In fact, this policy has been in place for more than a decade. We recently reiterated that policy to our associates as part of our efforts to improve the efficiency and competitiveness of our stores.”