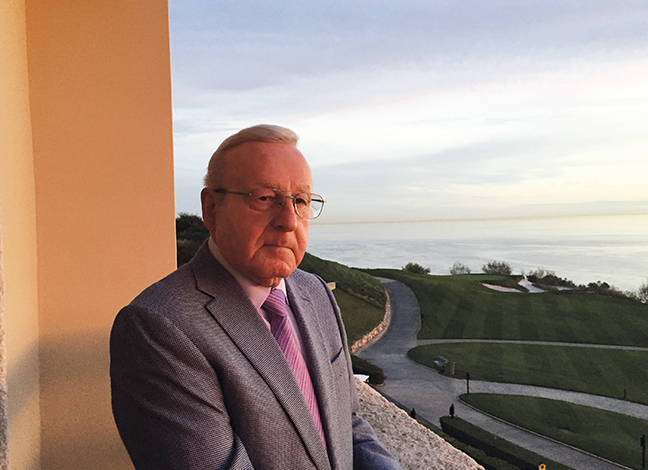 It was with great sadness that OPI – and our industry at large – learned of the passing of Irwin Helford on 11 August, at the age of 88 and after a long battle with cancer. Irwin’s business accomplishments at Wilson Jones Company, The Reliable Corporation and – needless to say – Viking Office Products are well known and have been recognised over the years with numerous awards and accolades. He retired 20 years ago, although his legacy and what he stood for, particularly at Viking, very much live on.

But, as Charlotte Bradley, his personal assistant of 33 years emotionally referred to at Irwin’s funeral on 14 August, it was perhaps his kindness, generosity and passion that made him stand out above everything else.

Those three words – and many others besides – also shone through in all the tribute messages OPI received in the aftermath of his death, as seen in these pages.

There is absolutely no doubt that the world is a much sadder place without Irwin Helford.

I was very lucky to have had the chance to meet Irwin a number of times. Every one of those occasions was a wonderful source of inspiration, energy, generosity and respect. His focus was so simple: customers and employees. I have three heroes in our industry and Irwin for sure is one of them.

There aren’t many people who, when you first meet them, you instantly think: “I like that guy.” Irwin was one of them. His smile and conversation made you feel as though what you were saying was the most important thing he wanted to hear. Because he cared about people. His life, his business and his philanthropy were all dedicated to caring about the world around him. When asked, he would freely share his insights, but he also wanted to hear yours. His were infinitely more valuable.

There is a Jewish phrase called “gutte nishama”. It means “good soul”. That was the essence of Irwin.

We had great Viking adventures, expanding in the US, Europe and Australia, going public, etc. Through it all, Irwin kept us grounded, instilling in us the ‘fanatical customer service’ philosophy. He was my mentor and I learned so much from him.

The respect and awe Irwin Helford garnered from all those he met – from Viking staff and executives to industry titans and Wall Street analysts – speak to the great leader and man that he was.

An incredible man, brilliant businessman, inspirational leader, and very generous philanthropist. His legacy will last for many years. He will be greatly missed.

When I first met Irwin, I was intrigued by his passion for details, but also his conviction that only by getting the small things right could you build a bigger, better business.

I fell in love with the vision that was Viking – and Irwin’s plans to share Viking with customers all over the world. He realised being global meant being able to understand differences, and address them in a way that made people feel good. It was an honour, it was fun, it was unforgettable.

In my career, I have worked alongside some extraordinary leaders from whom I learned a great deal. Among the most remarkable was Irwin Helford – a brilliant entrepreneur, industry leader and an even greater human being.

He viewed business as relationship-based and always strived for win-win outcomes. From his humble beginnings, he built a great business and amassed a fortune in the process. From this, he made transformational charitable gifts. The world he leaves behind is better because of his generous spirit and other qualities. His legacy and his memory live on.

Irwin and I were competitors in the mail order office products arena for many years. After we both sold our companies, we became much friendlier.

At all times, I had the greatest respect for him. Irwin was what we call a ‘mensch’ in Yiddish – a person of great integrity and honour in all that he did.

What a guy! Our relationship goes back years and began as a business association of mutual trust and support between customer and vendor. It evolved into an ongoing friendship of respect and love for each other. We shared so many life experiences together that created memories never to be forgotten.

Irwin had such a positive impact on so many. He was a sensitive, caring, dedicated, loyal and compassionate individual, as well as practical and street smart. And, of course, so philanthropic. We’ve lost a very special person.

Irwin was a gentleman with great compassion and generosity. A respected businessman, his company reflected his values. His positive personality will always remain with us.

Irwin Helford was a great man but, more importantly, he was a good man

Irwin Helford was a great man but, more importantly, he was a good man. Not only was he one of the giants of our industry, he was also a warm, humble friend who always
put others first.

Even more impressive than his brilliant leadership of Viking was his post-business career in philanthropy. His humanitarian work on behalf of City of Hope, Parkinson’s organisations, at-risk youth and many other causes has changed our world and will remain his lasting legacy.

Irwin was a business associate, a colleague and my friend for over 25 years. He was a true direct marketing genius and pioneered the concept of same-day delivery in the US, Europe and Japan almost 20 years before Amazon and others began to offer this service.

In a large, publicly-traded and highly successful company, he always put employees and customers before profit. In the process, Viking became the world’s leading direct marketer of office products and its shareholders were handsomely rewarded when Office Depot merged with Viking in 1998.

I had the privilege of attending Irwin’s memorial service in California and heard his children and grandchildren say how much they loved and respected him. Betty, his wife of 66 years, and his entire family will dearly miss his presence in their lives. As will I.

Irwin Helford was a visionary, leader, mentor and friend. He changed our industry like no one else.

One of the first lessons I learned from him was that customer loyalty is not about offering the lowest price. Providing ‘fanatical customer service’ is much more important to earn and keep customers. He used to say at the end of our meetings to take good care of everybody I worked with because he believed that, if you looked after your people, the financial numbers would take care of themselves.

I remember when he told me it was ok to make a mistake. “It’s the best way to become better,” he said. I am grateful for the opportunities he gave me and the trust he had in me. It was an honour to work with him.

Throughout his growing success, Irwin and his wife Betty remained committed to supporting the work of City of Hope. Irwin championed our mission with his industry colleagues and, through his leadership, the National Business Products Industry group came to be a significant philanthropic partner.

We would not be where we are today without the Helford family.

For many more tributes to Irwin, please read Tribute Xtra 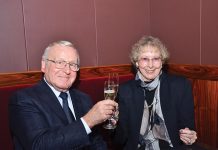 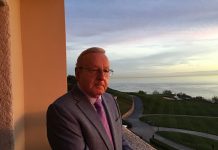 Special Anniversary Feature: The good, the bad and the surprising…