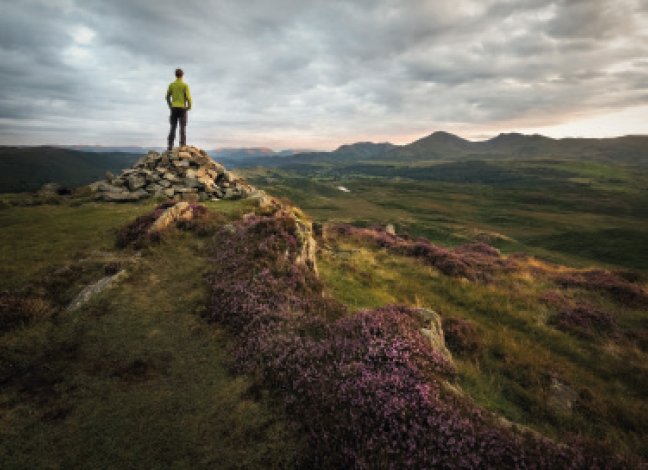 As the 2019 fundraising for the Climb of Life (COL) gets underway in earnest, participants will see a new face at the helm of the organising committee – Philip Lawson.

Recently retired from UK industry association BOSS, Lawson is not only an avid trekker in his own leisure time, he’s also deeply passionate about the country’s OP sector and its philanthropic contributions. This year’s COL proceeds will once again – and for the 13th time – go to the Institute of Cancer Research (ICR), an organisation very close to the heart of the 120 climbers involved, the support team and indeed the many and far-reaching fundraising personalities.

OPI: You’ve recently retired from your CEO position at BOSS and the UK office products industry per se. Why then take on the role of lead organiser of the annual COL event?

Philip Lawson: Graeme Chapman MBE has spent the past 31 years establishing this significant industry event and it’s very easy to underestimate the time it takes to organise something of this magnitude. As such, I can think of nothing more worthwhile to do with some of my spare time than to help reduce the amount of heavy lifting that Graeme has to do. My wife Heather is also helping with some of the administrative tasks.

At the same, I relish the opportunity to remain connected with an industry I love and the friends I have made within it.

OPI: These are big boots to fill, following in Graeme’s footsteps?

PL: Huge indeed! I’m hoping Graeme will stay on for many years as the ambassador of the event. COL is intertwined with his personal brand of self-deprecating humour as well as, of course, his own personal relationship and history with the charity we now support – the ICR.

COL wouldn’t be COL without Graeme’s ever-present smile and while we would like to take some off the burden off him, we’re also hoping that he will continue to be as involved as he wants to be for many years to come – it would not be the same without him.

OPI: What’s been your involvement with COL in the past?

PL: I’ve been hiking with the BOSS team for the past three years, and Heather and I started helping with the admin last year in a small way.

OPI: I believe you’re a keen walker, having completed many of the UK’s national walking trails over the past few years. Why add COL to your already busy walking schedule?

PL: As you say, I love walking, it’s as simple as that. The Lake District is one of the most beautiful places in the world, and it is a pleasure and a privilege to walk in it – even in November! To be able to do so with an extra sense of purpose adds enormously to the enjoyment.

Those who have taken part over the years – including, of course, OPI itself, plus VOW, Commercial Group’s Andrew Stacey, Hamelin, etc – know very well how challenging the trekking is. But the fundraising is also incredibly hard work and time-consuming – again, OPI and all the people and companies I’ve just mentioned have first-hand experience of this.

OPI: What’s the theme of COL this year?

PL: ‘2 million steps forward in the fight against cancer’. There should be around 120 of us walking on the day and I will be asking each group leader to take a pedometer. If each person does 16,667 steps or more – a considerable distance in mountain-climbing terms – we will have taken two million steps between us on the day.

OPI: COL has been fundraising for the ICR for many years now. Why is this again the chosen charity for you to support?

PL: Yes, this is the 13th year, but sadly we all continue to be affected by cancer, whether personally, through family, friends or colleagues. Johnny Clegg, the iconic South African anti-apartheid musician and a personal hero of mine, died very recently at the age of 66 of pancreatic cancer. So for Johnny and all cancer sufferers out there, we can’t give up the fight.

I’ve seen first-hand the amazing work that Professor Paul Workman and his team do at what is the UK’s number one academic research institute out of a staggering total of 154. They really value our support and we know our funding is put directly into exceptional research without a penny being wasted.

OPI: What are your hopes and aspirations for COL 2019 in terms of fundraising targets?

PL: It would be fantastic if we can continue to beat the previous year’s total – last year we raised £103,000 ($129,000). I’m fully aware this will be an increasingly tough challenge, especially for such an established event with broadly the same format and, importantly, the same dominant fundraisers.

However, our industry has shown that we can grow the scope of COL by enlarging our offering. That’s why affiliated events such as the Ride of Life on 19 September [see Event, OPI July/August], VOW’s Carol Houston’s Jump of Life in mid-July and Hamelin’s Philip Beer’s Ride of Climbs, which he announced at the recent BOSS Members Day and involves riding 12,000 metres up a number of the Tour de France’s most challenging hill climbs over eight days, will all help with the fundraising. There are many other people I could – and should – mention, such as Jason and Frances Stephen, Darren and Jennie Renshaw, Richard and Sue Ford, etc. They all do extraordinary things in terms of raising monies for COL.

OPI: You mention, among everything else, the Ride of Life which will be happening for the second time this year. Are you involved in
that event as well?

PL: Durable UK’s Sean Starkey, Safescan’s Steve Robinson and up to 30 other cyclists have my utmost respect and support for their event on the 19th September. While I can’t take part due to being a highly incompetent – to the extent of possibly being dangerous – cyclist, I shall be willing them all on. They did brilliantly in their first year and I’m delighted as it all counts towards our overall efforts.

It’s truly an outstanding group of people coming together every year, be they main or small fundraisers, volunteers or guides – they all make this event happen. With such strong support and an amazing group of people involved, we can only go forward collectively in our help towards the battle against cancer. Hopefully two million steps forward. See you on 8 November!

Please get in touch with Heather or Philip Lawson at climboflife2019@gmail.com if you wish to be involved in this year’s COL in any way. The event is always a sell-out in terms of numbers, so early applications are essential.