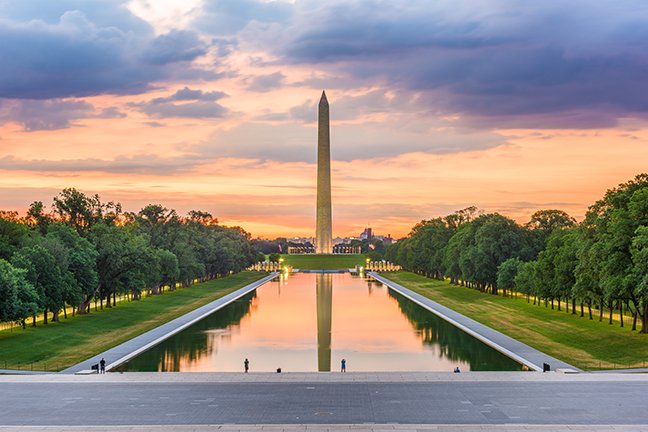 Barring any unexpected roadblocks in the coming months, Amazon appears to be heading for pole position on the US federal government’s e-marketplace programme – also known as the Common Purchasing Initiative (CPI) – that is being implemented by the US General Services Administration (GSA).

When a federal e-commerce plan was first mooted in 2017, it was labelled as the ‘Amazon Bill’ after it appeared to have been tailored to the internet giant’s business model. Then, in March last year, following a strong protest to the original proposals, the GSA had raised hopes of a broad-based approach to the CPI when it said it was planning to implement a programme based on three types of models: e-commerce websites; e-commerce marketplaces; and e-procurement solutions.

However, following a request for information (RFI) and an industry day in December 2018, the GSA made it clear that for the CPI proof of concept and its initial solicitation, it intends to focus solely on online marketplaces. The other two options will be considered “at a future stage of the programme,” said Jeff Koses, Senior Procurement Official at the GSA, during the industry day question and answer session. This has led to accusations that the administration is picking winners and losers before the race has even started.

At the industry day, Roger Waldron, federal procurement veteran and President of the Coalition for Government Procurement (Coalition), told the GSA: “The concern is, fundamentally, that you are pre-selecting one approach that ultimately is going to define the market.”

In his written response to the RFI, he elaborated: “Congress’s intent was to allow additional commercial e-commerce models the opportunity to participate in the government’s transition to greater use of commercial e-commerce portals. The Coalition is concerned that, despite Congress’s intent, the RFI documents narrow the focus of the pilot to only one of the three models.”

He also noted: “GSA’s proposal to pilot only the e-marketplace model unduly restricts competition for the proof of concept. By not fully exploring the benefits and challenges associated with all commercial solutions, GSA is artificially and unilaterally narrowing the focus of the […] pilot based on its non-statutory categorisation of e-commerce models.

“Further, this approach places GSA, rather than the market, in the position of determining winners and losers. As a result, GSA could put the business interests of agency customers at risk and undermine competition in the federal market, two outcomes that Congress clearly did not intend.”

Mike Tucker, CEO of OP and office furniture trade association IOPFDA, told OPI that he was “concerned that the GSA has now teed this up to give Amazon a head start on the competition”.

IOPFDA has been working with other stakeholders in the independent dealer channel to present the EPIC Business Essentials platform as an e-commerce ordering solution for the CPI. Whether EPIC qualifies as an ‘e-marketplace’ remains to be seen, but the agency’s own definition is: ‘an online marketplace that connects buyers with the e-marketplace provider’s proprietary products and third-party vendors’ products, or in some cases only the latter’.

Certainly, Tucker recognises the importance of being included in the proof of concept phase which the GSA plans to start before the end of 2019. “We believe we qualify as a marketplace and that we have a good story to tell,” he stated. “But if we don’t make the first cut, Amazon will be so far ahead of anyone else and will ‘own’ the federal market.”

While Amazon has not been referred to in name by the GSA, the specifications in the December RFI point to an Amazon Business-type marketplace, with product reviews, a wide choice of products, dynamic pricing and a number of end-user administrative features and controls that the online operator has introduced over the past couple of years.

If Amazon Business is selected – and it would be a major surprise if it wasn’t – it will not have a monopoly on the CPI. The GSA has committed to running the proof of concept with multiple commercial e-marketplaces. That might mean EPIC, or other more widely known consumer-facing marketplaces such as eBay, Overstock.com or Jet.com.

The proof of concept will enable purchases of commercial off-the-shelf (COTS) items to be made up to a single order limit of $10,000, a figure that is known in government purchasing circles as the micropurchase threshold (MPT). Purchases made under that are not governed by the same federal acquisition regulations as larger, more complex transactions, and are sometimes referred to as ‘open market’ purchases.

Currently, the GSA says it has no visibility or data on this open market spend, but OPI sources have suggested that it could represent as much as $7 billion a year, so clearly the stakes for being awarded a place on the CPI pilot are high.

The GSA views going after this open market, MPT expenditure as a “low-risk environment” and something which, via the e-marketplace model, can be implemented fairly quickly. There is a challenging timetable to the CPI, certainly by government standards, meaning that a working pilot needs to be in place by the end of 2019. One of the takeaways from the industry day was that the time for talk is now over and that the GSA needs to see a solution in action. As GSA Deputy Assistant Commissioner Laura Stanton put it: “Let’s get something out there that buyers can start using.”

Another concern expressed by IOPFDA and the Coalition is that the CPI will eat into the market of businesses that currently sell products to the federal government through a purchasing schedule, or MAS. As Tucker questioned: “How will the GSA limit extensive marketing of this pilot by larger portal providers that can use this test period to grab market share from the schedules programme?”

Waldron is worried that the CPI could potentially create “dual procurement systems” for COTS items, with one set of rules for businesses selling on e-marketplaces and another, more stringent, set for those enrolled on the MAS programme. “With the development of a new channel to the federal market with essentially no compliance requirements below the micropurchase threshold, what is the incentive for contractors to remain with the schedules programme?”

For its part, the GSA says it does not intend the e-marketplace initiative to take spend away from the MAS programme. “We are not targeting the buys going through schedule,” said Koses at the industry day. “We think there is a vast and substantial market of true open market micropurchases out there.”

However, as another GSA official had said earlier in the day, the agency is “not sure” what the impact on MAS holders could be. Stanton added: “Let’s test this effort and acquisition reform at large in a controlled environment before going all in. And then, finally, to begin to understand the potential impacts on other programmes as we begin to use real spend [data].”

The GSA will present its CPI Phase II report to Congress in mid-March (assuming no delays due to the US government shutdown), meaning there is still time for industry stakeholders to get involved.

Stanton ended the industry day by stating: “We want to hear from you, and we take that feedback very seriously.” Throughout this whole process, the GSA has displayed a willingness to listen and take concerns on board. To what extent these matters will find their way into the proof of concept will be revealed shortly