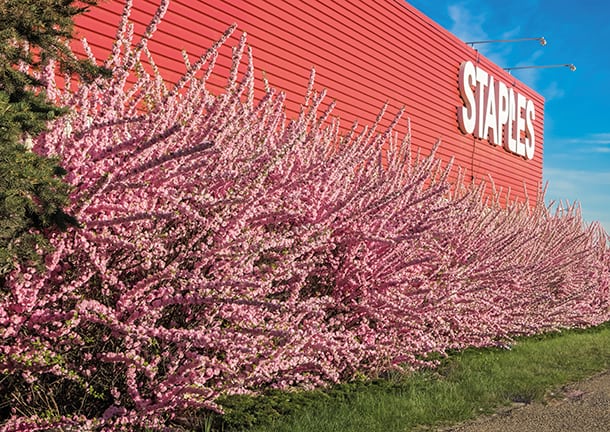 Staples has added a new ‘strategic plank’ to its 20/20 strategic plan after virtually completing the sell-off of its international operations.

The update comes as one of the four main components of the original plan – the focus on North America – has largely been completed following the closing of the reseller’s Australia and New Zealand (ANZ) operations sale to Platinum Equity at the end of April. This comes after the UK retail division was sold at the end of 2016 and the rest of the European business was offloaded in February of this year. Staples expects its remaining non-North American businesses in Asia and South America to be sold within the next 12 months.

The international exit has come at a price. Not only did Staples manage to get just $150 million or so for its ANZ unit – less than a fifth of what it paid for it in two separate transactions in 2008 and 2010 – but the company recorded a loss in its first quarter accounts of more than $900 million related to its former International division. This follows a FY2016 loss of over $1 billion which included things such as impairment charges, losses on the sale of businesses and pension obligation write-offs.

So 12 months after the company unveiled the 20/20 plan following the collapse of the Office Depot merger attempt, Staples CEO Shira Goodman said Staples was evolving the plan by focusing on what it is calling ‘Pro’ categories: facilities and breakroom supplies, furniture, technology solutions and promotional products.

The Pro categories push will involve hiring sales and product specialists, widening the assortment – including scaling up on own-brand products and stocking more SKUs – and improving the digital customer purchasing experience. Goodman said that Staples would basically use the playbook it developed to grow facilities supplies into a $2 billion category for the company.

While Staples is aiming to increase these Pro categories with “business customers of all sizes”, the initiative is going hand in hand with perhaps the most important component of the 20/20 plan: the focus on growing in the North American mid-market segment which comprises companies of 10-200 employees.

The early signs are encouraging for Staples and will act as a heads-up for the independent dealer channel (IDC) whose customer sweet-spot has traditionally been the mid-market.

Mid-market sales at the Staples Business Advantage contract unit increased 10% year on year in the first quarter, with 7% coming from last October’s acquisition of Florida dealer Capital Office Products and the rest from organic growth.

Much of this mid-market growth was in Pro categories where sales increased 12% year on year, including a 5% tailwind from the Capital acquisition. Another key metric for Staples is the number of mid-market membership customers it is attracting. It ended the first quarter with 91,000 mid-market members, adding a record 34,000 new accounts in the quarter and 70,000 in the past 12 months.

There is also a strong message about developing better relationships with customers and bringing together products, services and expertise – that almost sounds like arguments the IDC has used for years to differentiate itself from the big-box players. Goodman has talked for some time about changing the mindset at Staples; if it is able to execute on developing an IDC-type approach to customer relationships backed up with the scale of its supply chain and $18 billion in purchasing power, then it will no doubt be a growing threat to local dealers.